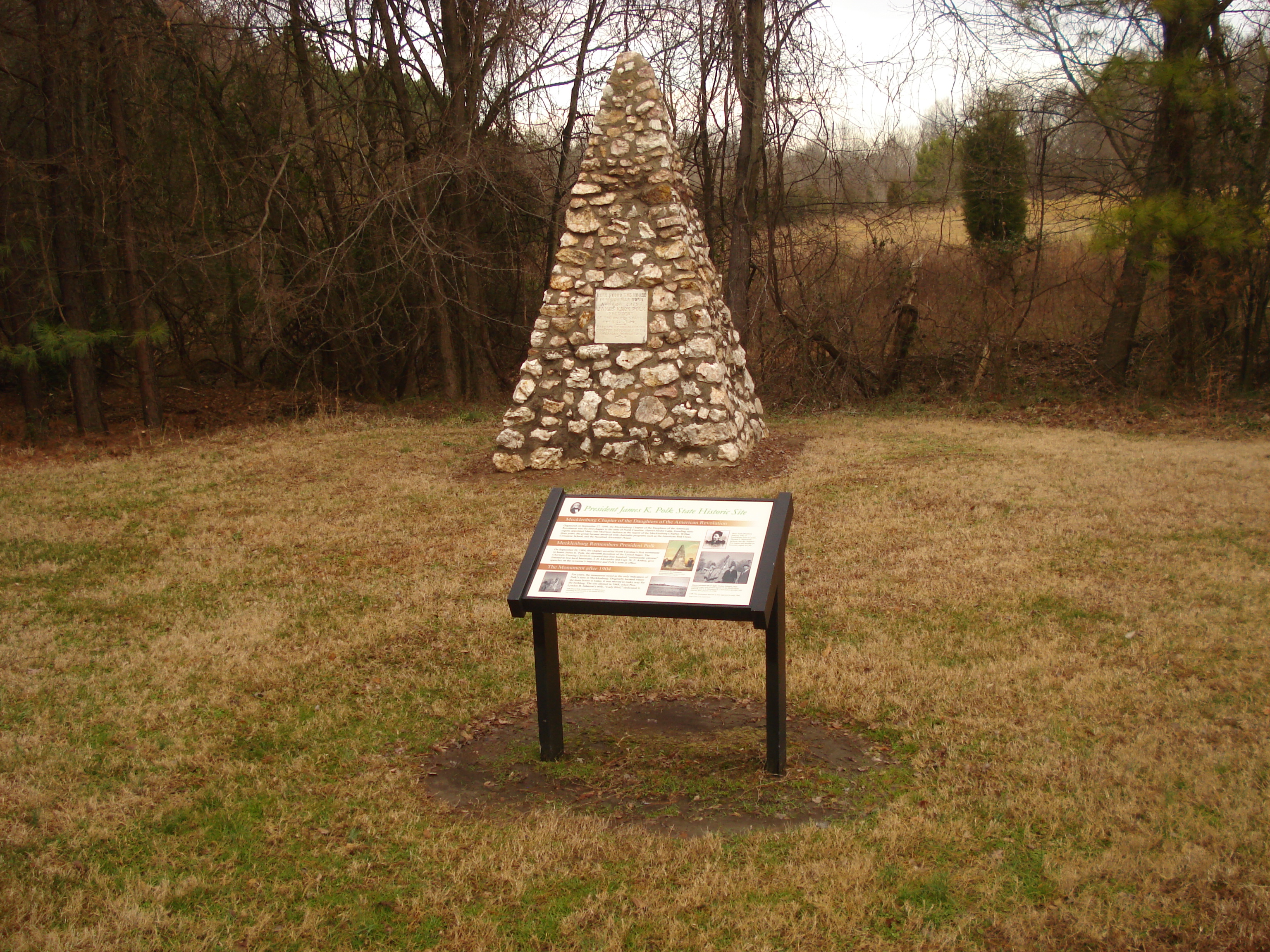 Organized on September 27, 1898, the Mecklenburg Chapter of the Daughters of the American Revolution was the first chapter in the state of North Carolina. Mrs. Edward Dilworth Latta, founding state regent, appointed Mrs. Mary Ann Morrison Jackson as regent of the Mecklenburg Chapter. Within three years, the group became involved with charitable programs such as the American Red Cross, Crossnore School and the Hezekiah Alexander House.

For years, the monument stood as the only indication of Polk's time in Mecklenburg. Originally located where the main cabin is today, it was moved to make way for the building. The site opened in 1968 when first lady, Mrs. Lyndon "Lady Byrd" Johnson dedicated it.