The M.E. Doe House is a historic home built by its first owner, Marshall E. Doe, who ran a drug store in Philipsburg for around 20 years. The house is also a beautiful example of late Victorian architecture, making it one of the more attractive residences in the city. Built in 1902, it features elaborate woodwork, an ornate wraparound porch with a Japanese-style balustrade and lattice work, a conical turret, and large double-hung windows. As for Doe, he was a successful businessman and a prominent resident of Philipsburg in the late 19th and early 20th centuries. The house was added to the National Register of Historic Places in 1986.

The M.E. Doe House was built in 1902 and is a fine example of late Victorian architecture. 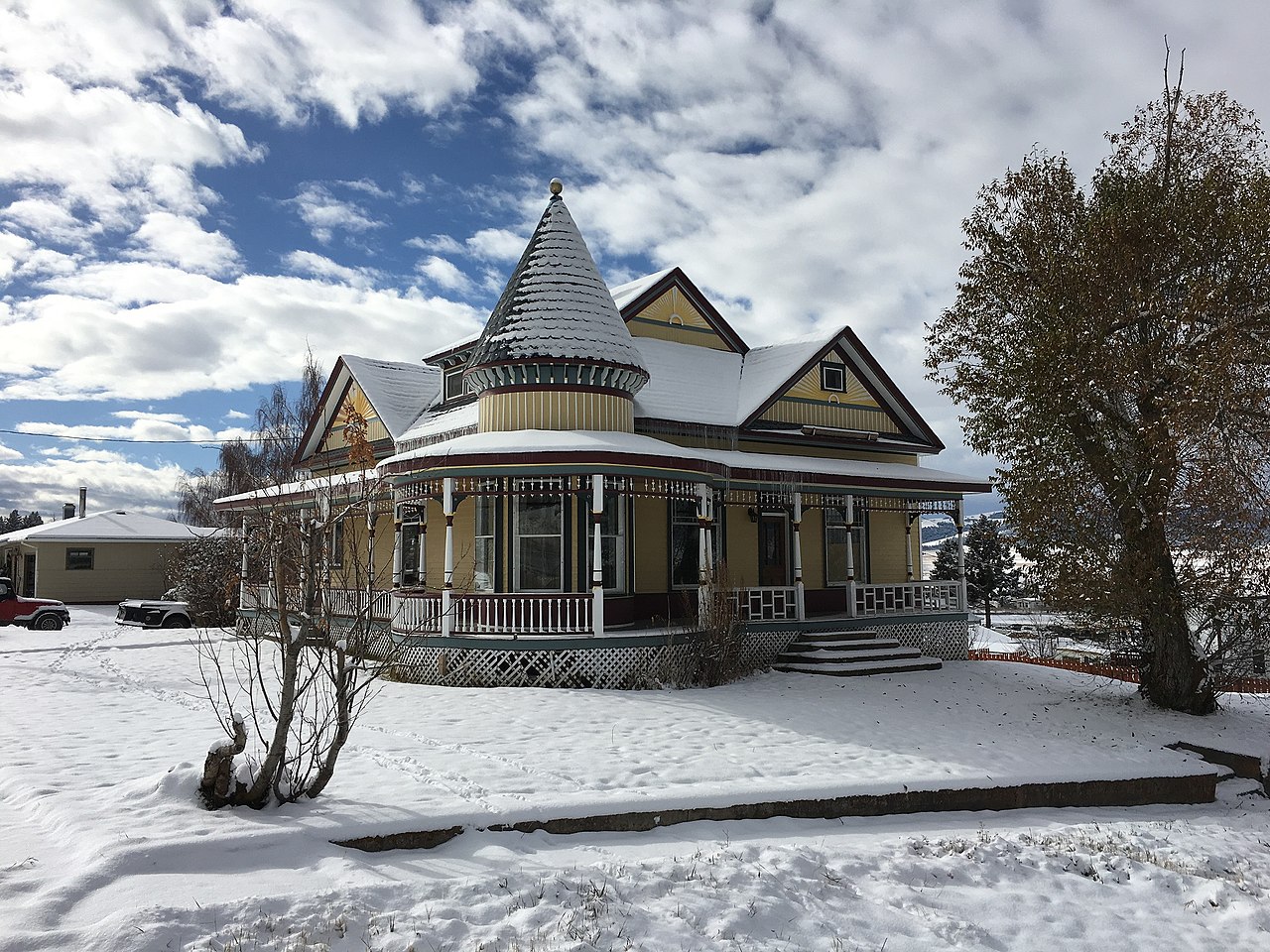 Marshall Doe, who was known as M.E. Doe, was born in Canada in 1856. His family moved to Shepardsville, Michigan in 1864 and Doe spent the rest of his childhood there. He moved to Butte, Montana when was 23 where in worked in mining, ran a skating rink, and worked as a surveyor in Anaconda. After spending a year in California he arrived in Philipsburg in 1885 and opened the store with his brother-in-law J.D. Thomas. They hired a pharmacist in 1888 who started a pharmacy and it appears the name of the store became M.E. Doe Drug Store. By the next year, Doe moved the store to a new location on Broadway Street (it appears that a restaurant occupies this building now using the Doe name). In the coming years he became a member of the Woodmen of the World, the Philipsburg Chamber of Commerce, and the Ladies Aid Society.

Doe married his wife, Jennie, in 1895 and they had four children together, one of whom, a son, died at a young age. Another son, Everett, trained as a pharmacist and worked at the store for almost 45 years. Doe passed away at the house in 1928 from bronchial pneumonia and Jennie died in 1938. Everett worked at the store until 1965 and moved to Arcadia, California, where he passed away in 1967.