Mary Campbell Cave, also known as the OId Maid's Kitchen, is a rock shelter in Cuyahoga Falls, Ohio, in Gorge Metro Park, and is accessible on the Gorge Trail. The cave is most notable as the temporary home of Mary Campbell in the late 1700s. Campbell was kidnapped by Native Americans of the Delaware (Lenape) tribe, which later migrated to the Cuyahoga area. Campbell was later returned. The 40--meter-wide cavity extends from a few meters to about 15 meters into the cliff, and is for the most part tall enough for people to stand in. It was chosen as a temporary shelter because it offered some protection from the elements. The Cuyahoga River carved out the cave some 12,000 years ago. 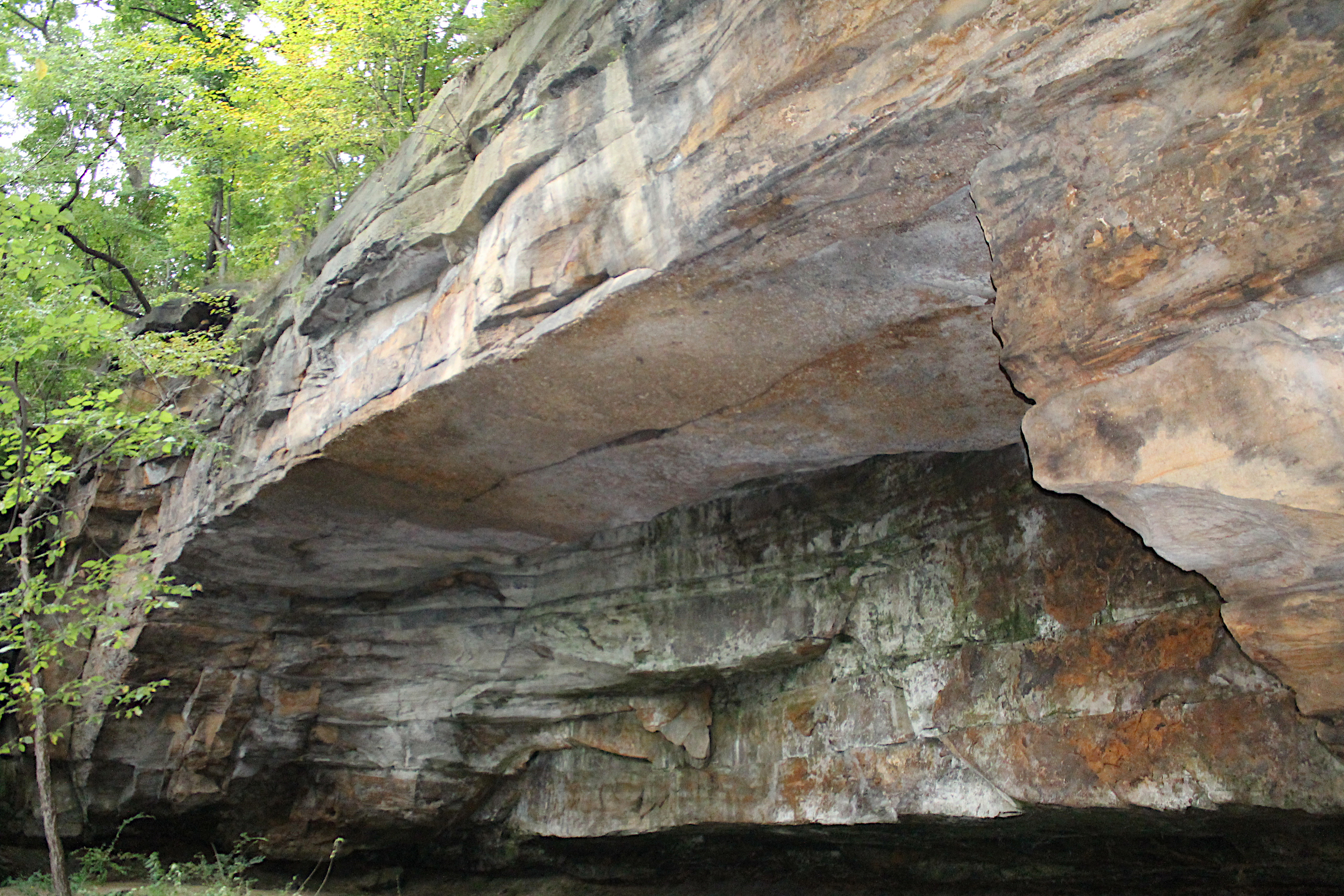 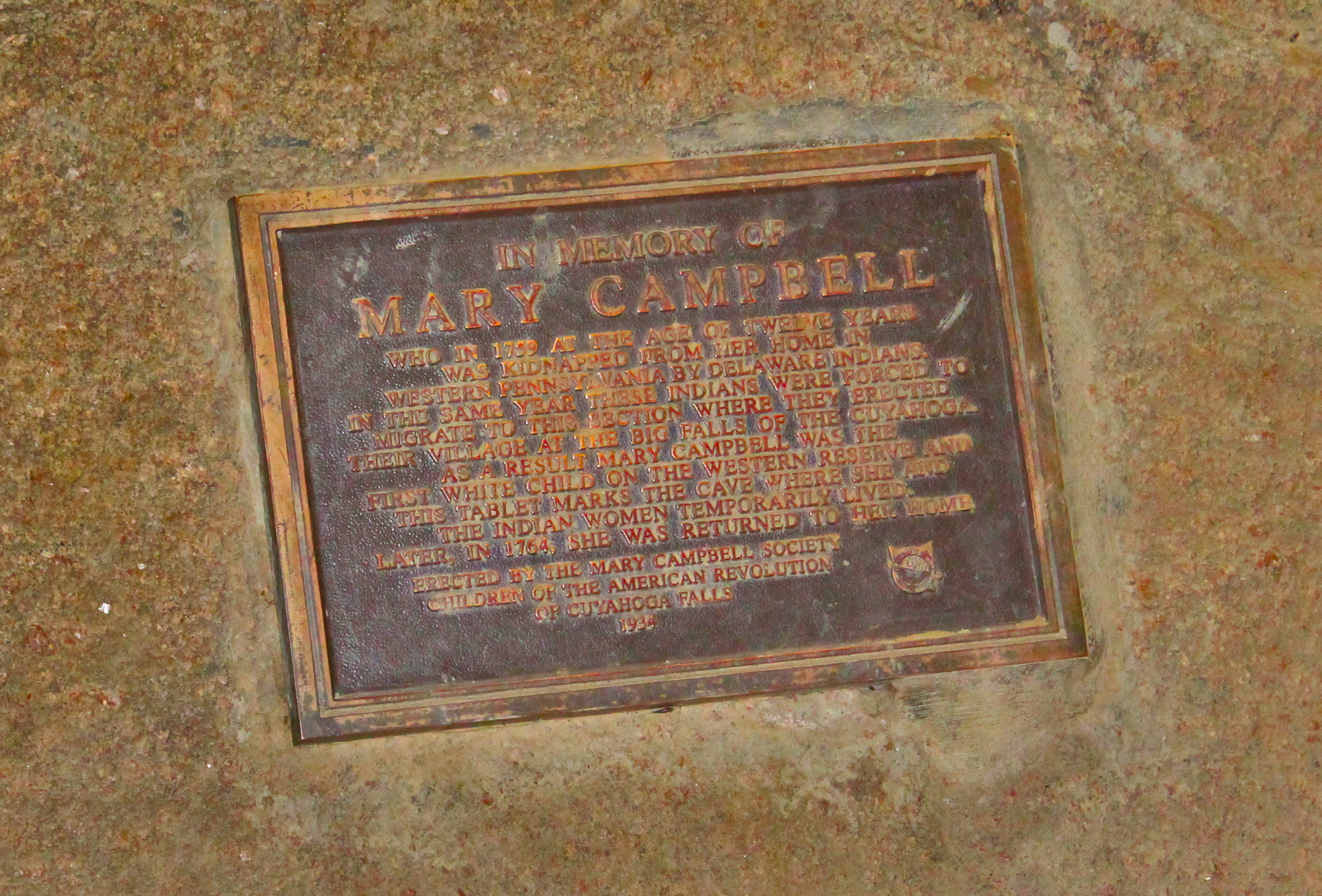 Native Americans used the cave both as a shelter and to house white captives. Originally, it was called Old Maid's Kitchen, but the Daughters of the American Revolution renamed it Mary Campbell Cave after its most notable resident.

A plaque next to the cave reads: "In Memory of Mary Campbell

Who in 1759 at the age of twelve years was kidnapped from her home in Western Pennsylvania by Delaware Indians. In the same year these Indians were forced to migrate to this section where they erected their village at the big falls of the Cuyahoga. As a result Mary Campbell was the first white child on the Western Reserve and this tablet marks the cave where she and the Indian women temporarily lived. Later, in 1764, she was returned to her home.

Erected by the Mary Campbell Society Children of the American Revolution of Cuyahoga Falls, 1934"

During the French and Indian Wars, Campbell was abducted and kept captive by the Lenape peoples, who were forced to move from western Pennsylvania to the Cuyahoga River area. Ohio Native Americans abducted and adopted many white women and children, and a few white men. The consensus is that they did this because of their dwindling numbers, primarily from constant warfare and the spread of disease by Europeans. It is also thought that they considered young women and children as particularly easy to assimilate into local customs and traditions.

Campbell lived with Chief Netawatwees. When the Lenape released Campbell, after an ultimatum by Col. Henry Bouquet, she was about 16 or 17 years old, and she was returned to her family.

The Gorge Metropolitan Park was created in 1930, as part of the Summit Metro Parks system, and the Daughters of the American Revolution placed the informational plaque near the cave in 1934.