Established in 1779, Price Cemetery contains several dozen graves dating back to the 18th and 19th centuries. Included among the burials at Price Cemetery are eighteen Revolutionary War soldiers who were killed in the area during an attack by a Native American tribe in 1778. Although much of the cemetery is in disrepair, some of the headstones are still visible. Most prominent are a memorial tablet placed by the Daughters of the American Revolution in 1928 and the original cemetery gate. 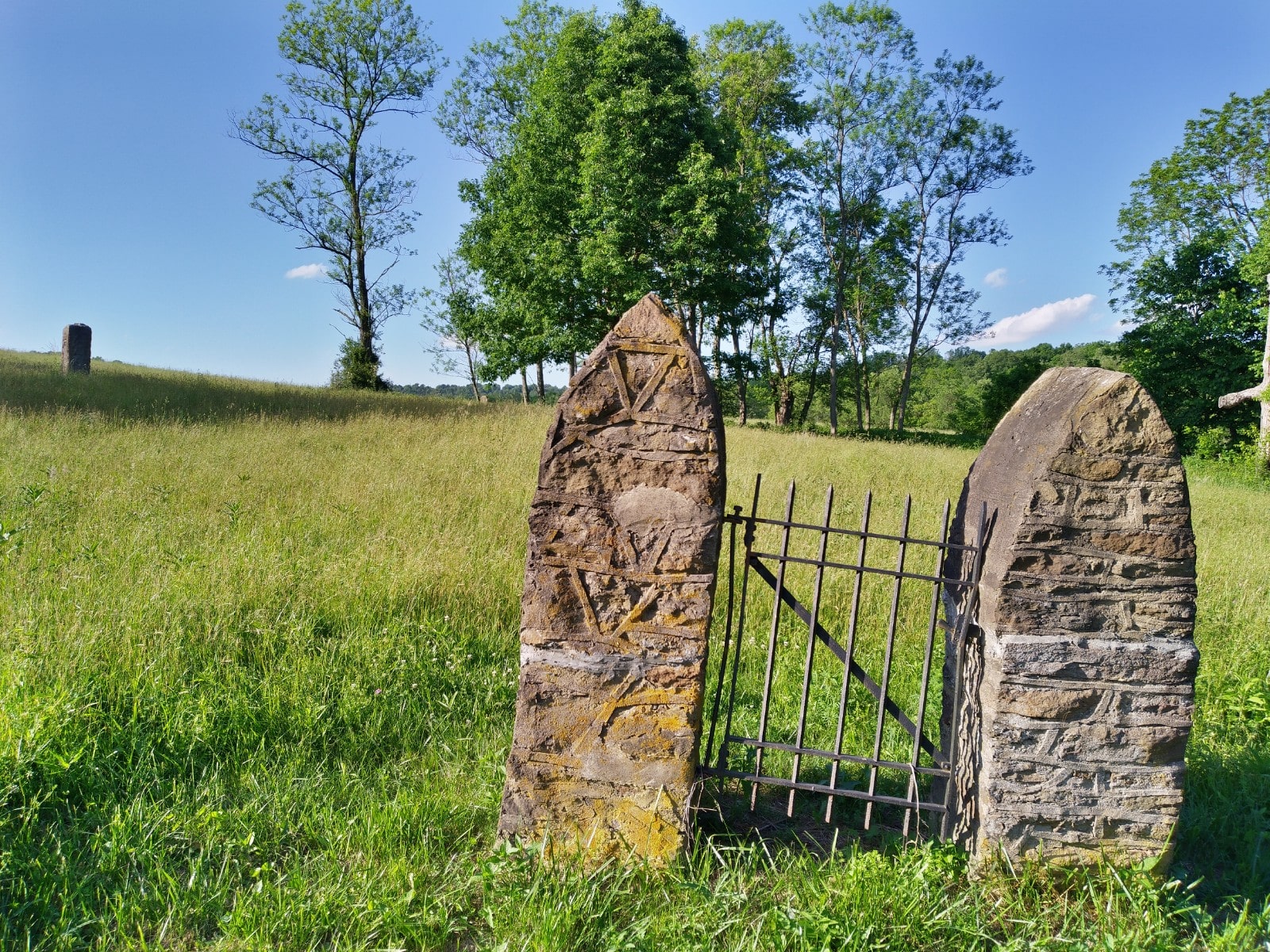 Daughters of the American Revolution tablet 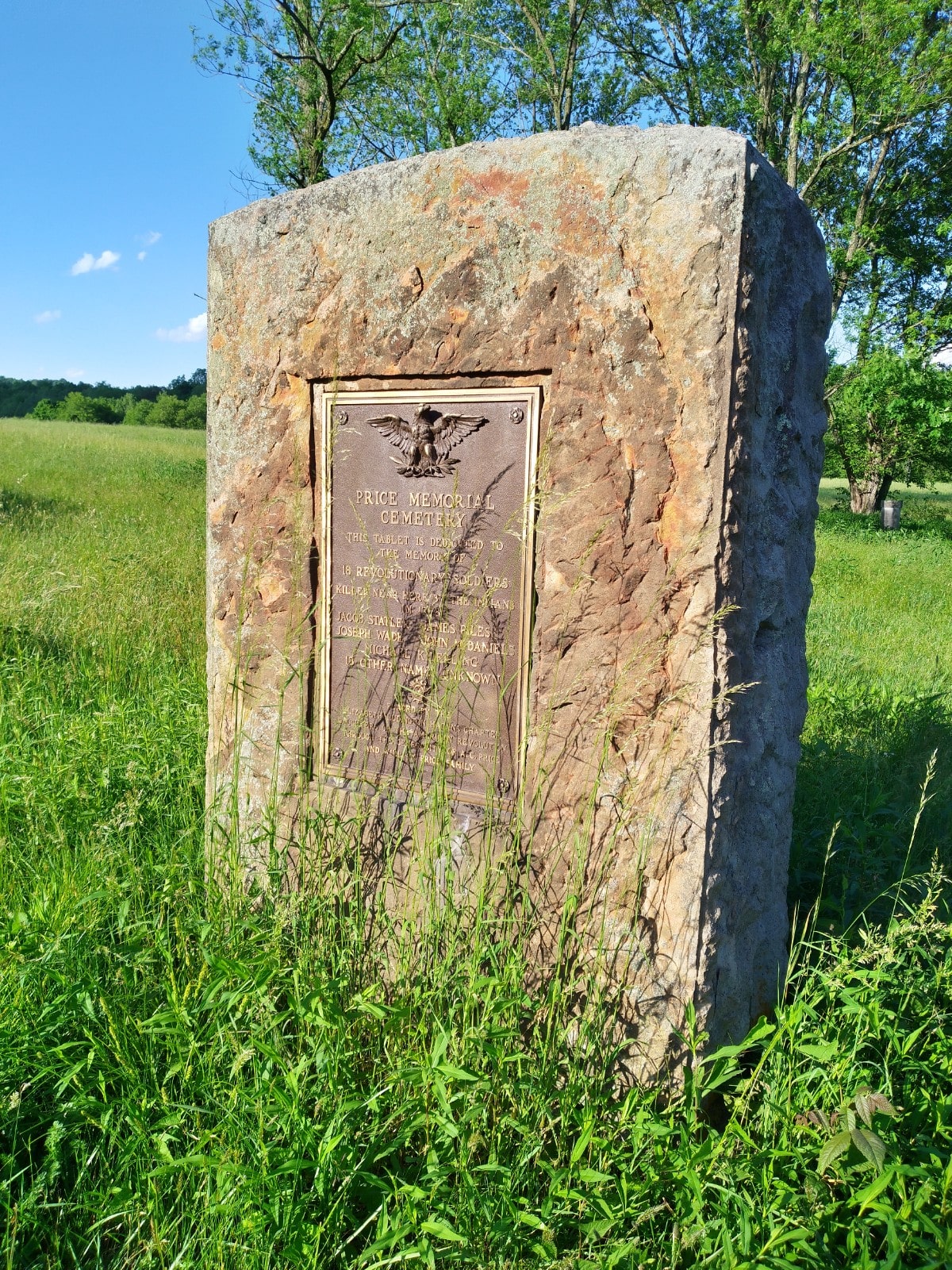 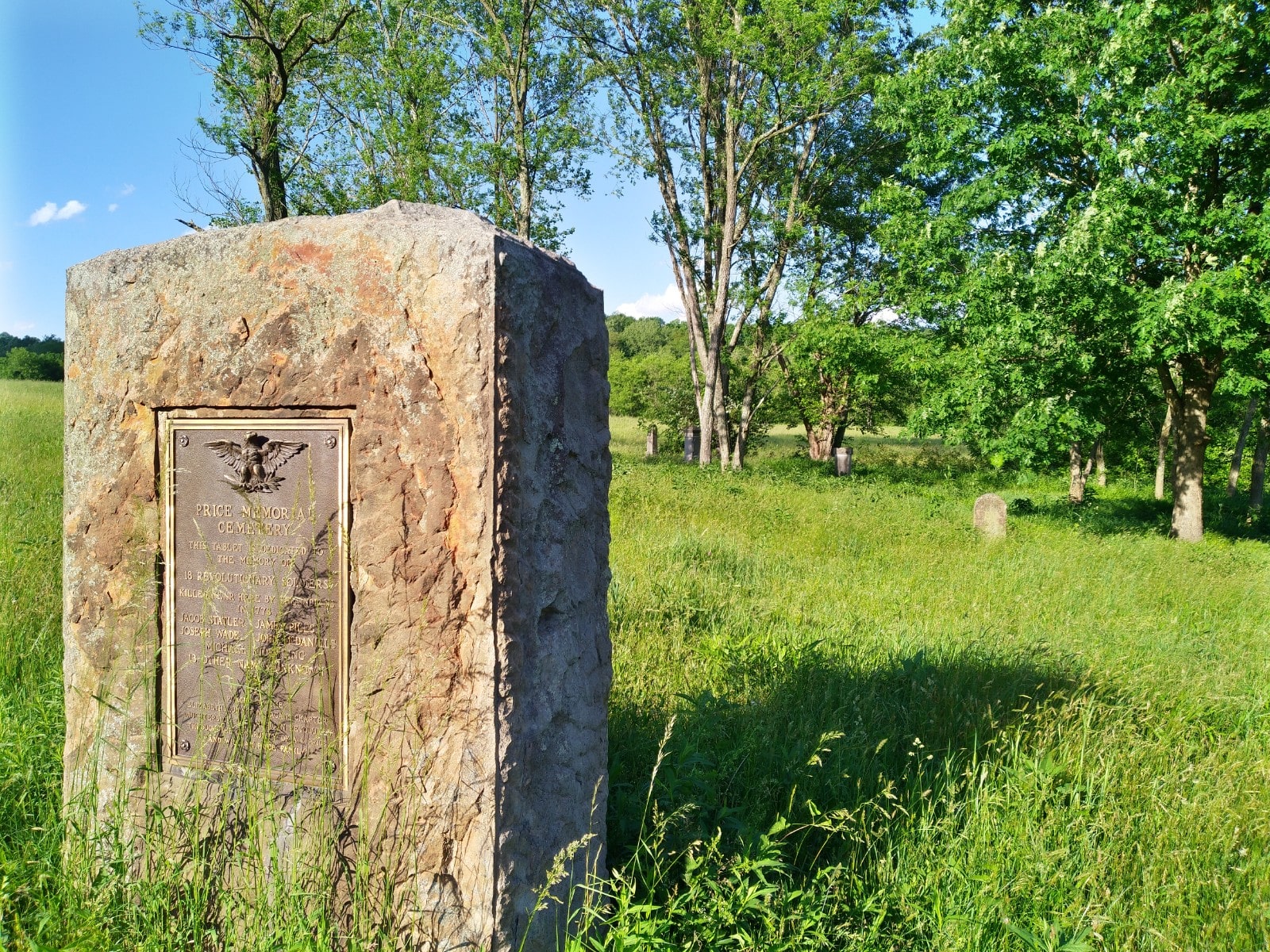 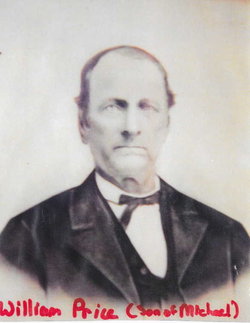 In the summer of 1778, a party of Virginia settlers made their way back towards Statler's Fort after a day of hunting. The men had been successful and were laden with hogs ready for eating. As they neared the fort, they were ambushed by a party of Indians waiting by the roadside. The Indians inflicted severe casualties, and although the settlers attempted to return fire, the survivors were ultimately driven to the safety of the nearby fort. Leaving their fallen comrades behind, the bodies were "scalped and mangled by the Indians in a most shocking manner, and lay some time, before the men in the fort, assured of the departure of the enemy, went out and buried them."

It was in all likelihood this undated encounter between Native-Americans and white settlers that produced the eighteen Revolutionary bodies now residing in Price Cemetery. The 1778 clash near Statler's Fort constituted only one among many violent encounters between natives and white settlers who moved westward in the colonial era. Although Native-Americans were threatened generally by white encroachment onto Indian lands, in particular the death of prominent Shawnee leader Cornstalk in 1777 at the hands of American militia ushered in a new wave of violence. Shawnees and other regional tribes turned to Great Britain (then fighting the nascent United States in the Revolutionary War) for support. Although early records don't indicate which tribe carried out the 1778 attack, they were likely members of the Shawnee, Cherokee, Mingo, or Delaware tribes.

Eighteen bodies were buried following the attack, including those of Jacob Statler, James Piles, Joseph Wade, John McDaniels, and Michael Kiderline. The other thirteen burials are unknown. In the 1840s, William Price and his family moved into the area, and the cemetery became associated with his family. William Price held a variety of local offices, most notably as a member of the state legislature in the 1860s and 1870s. William and several other Price family members are buried there.

In 1928, the local Colonel John Evans Chapter of the Daughters of the American Revolution placed a large stone monument with an engraved tablet to memorialize the Revolutionary dead buried in the cemetery.

3. Withers, Alexander S. Chronicles of Border Warfare, or A History of the Settlement by the Whites, of North-Western Virginia: and of the Indian Wars and Massacres, In that Section of the State; with Reflections, Anecdotes, etc. Clarksburg, VA: Joseph Israel, 1831.