The Lahey Lost Valley property was part of a tract granted by Lord Fairfax to William Gunnell in 1730. Gunnell’s son or grandson built the house that now stands there either by 1760 or around 1800; it is a rare surviving example of a hall-and-parlor-plan Virginia Tidewater home, with late Georgian/early Federal architectural influences. Descendants lived on the land until 1940, when the home and 45 surrounding acres were sold to Richard F. and Carlotta (Gonzalez) Lahey. Richard was a prominent painter, freelance illustrator, and art educator; Carlotta was a sculptor. The Laheys made several significant changes to the buildings on the property, including converting an external kitchen into a studio and building a matching two-story matching addition onto the home. The property was transferred to the Fairfax County Park Authority upon Carlotta’s death in 1999. It is currently in the application review stage of the Park Authority’s Resident Curator Program. This program offers a long term, rent-free lease in exchange for significant investment in preserving and accurately restoring the property and offering “reasonable public access” to it.[1]

The house and external kitchen in fall 1940 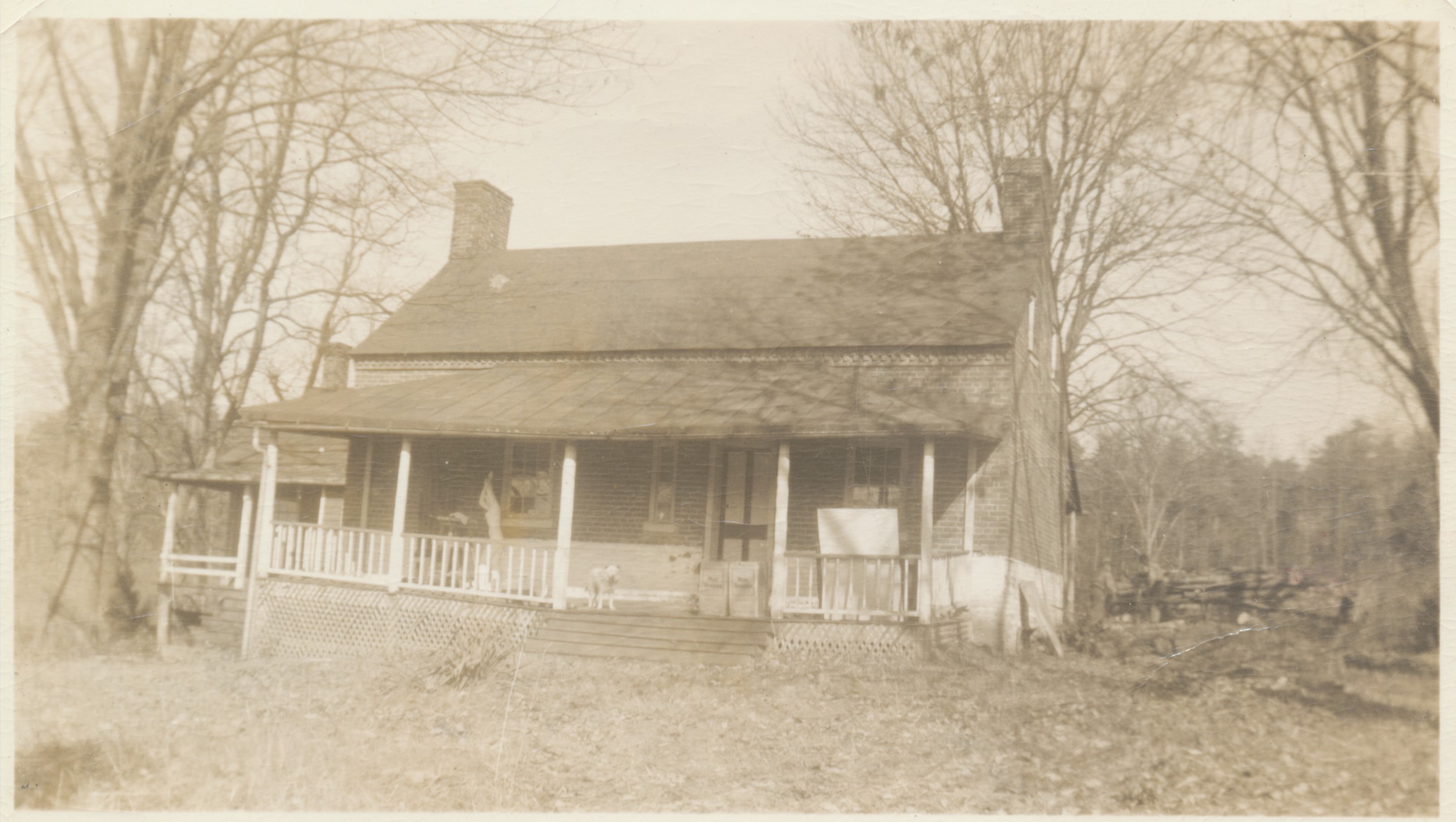 Richard Lahey, the external kitchen, and the house in fall 1940 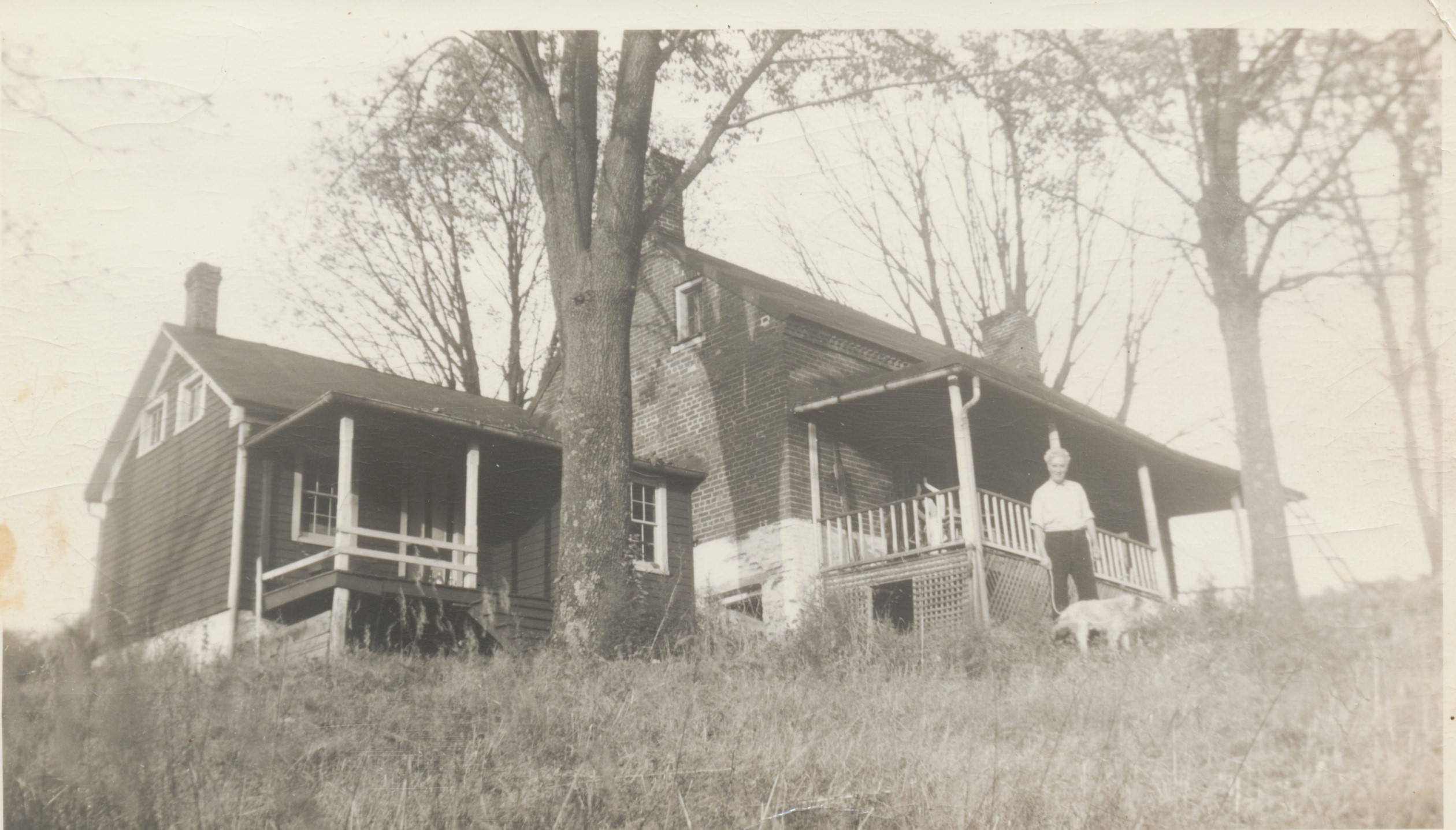 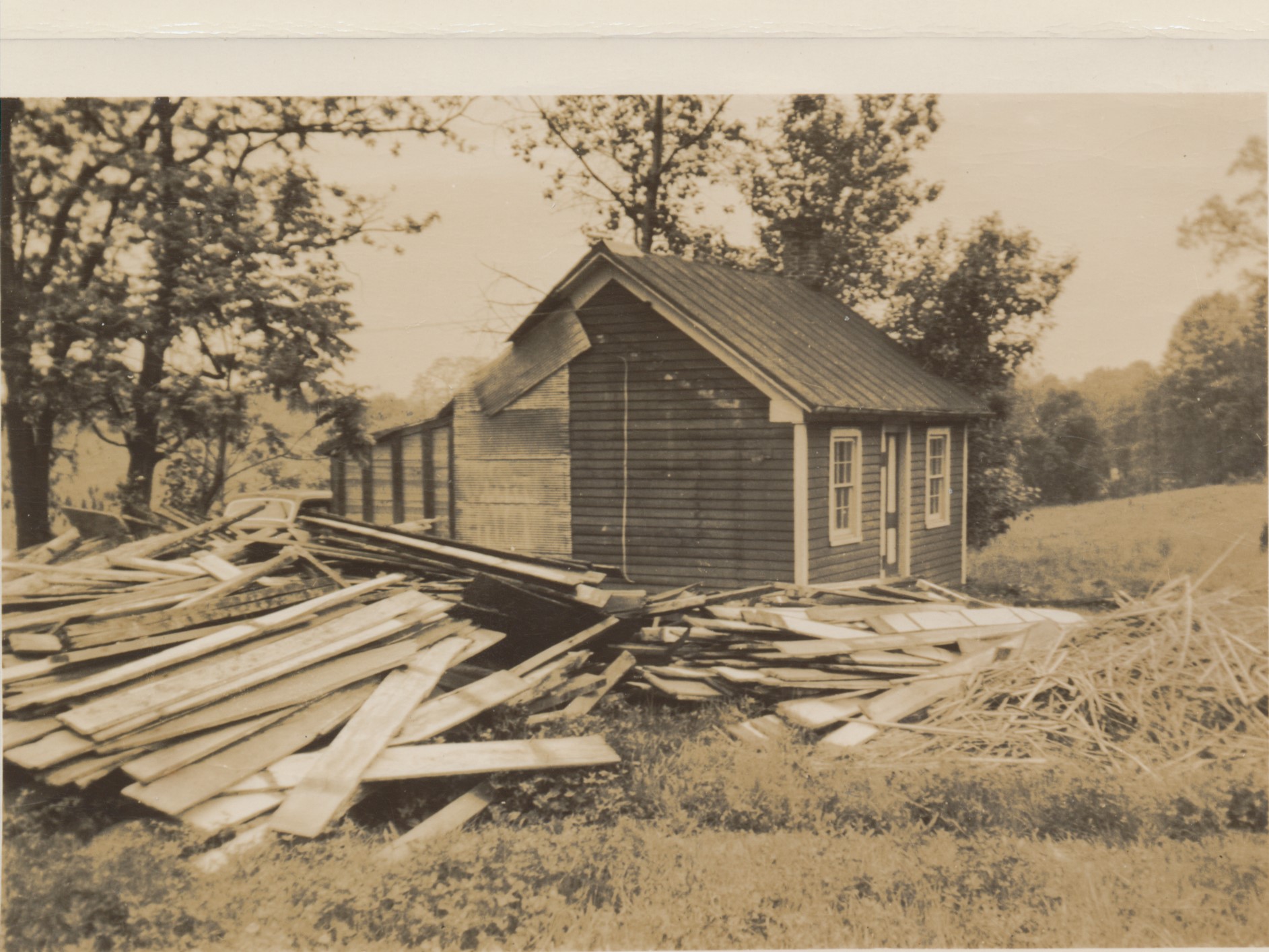 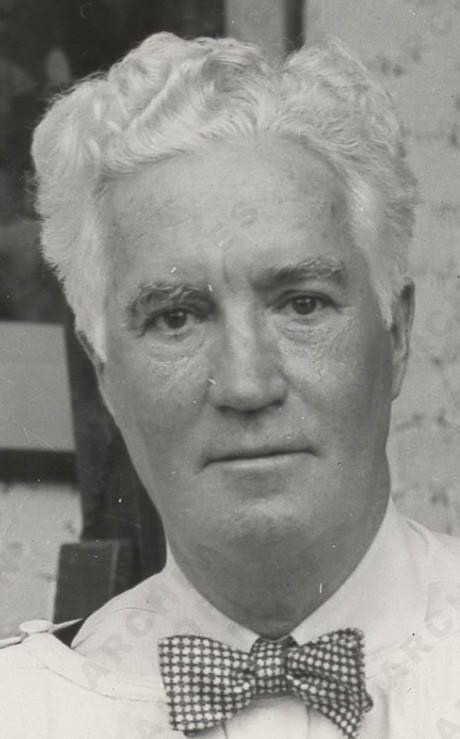 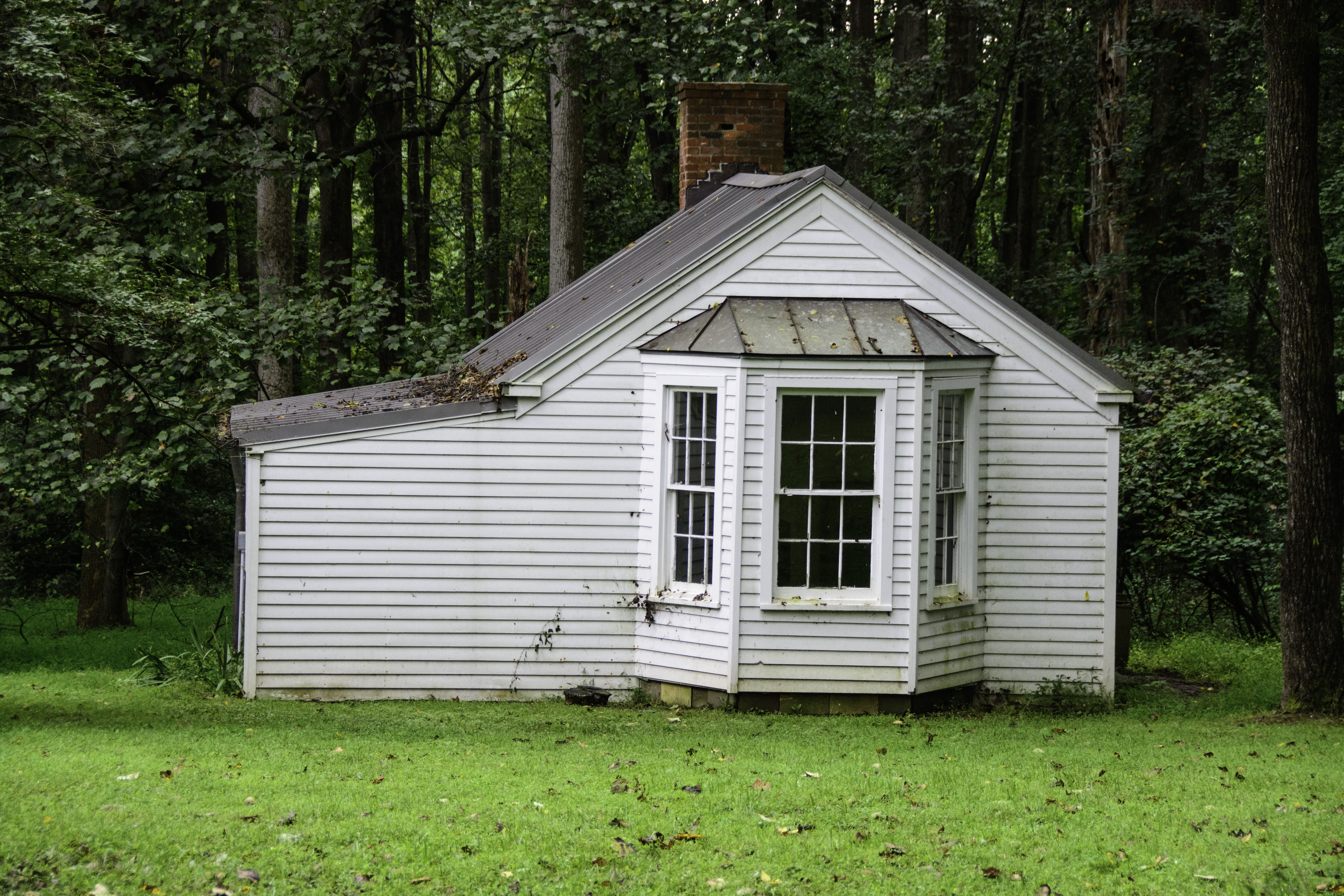 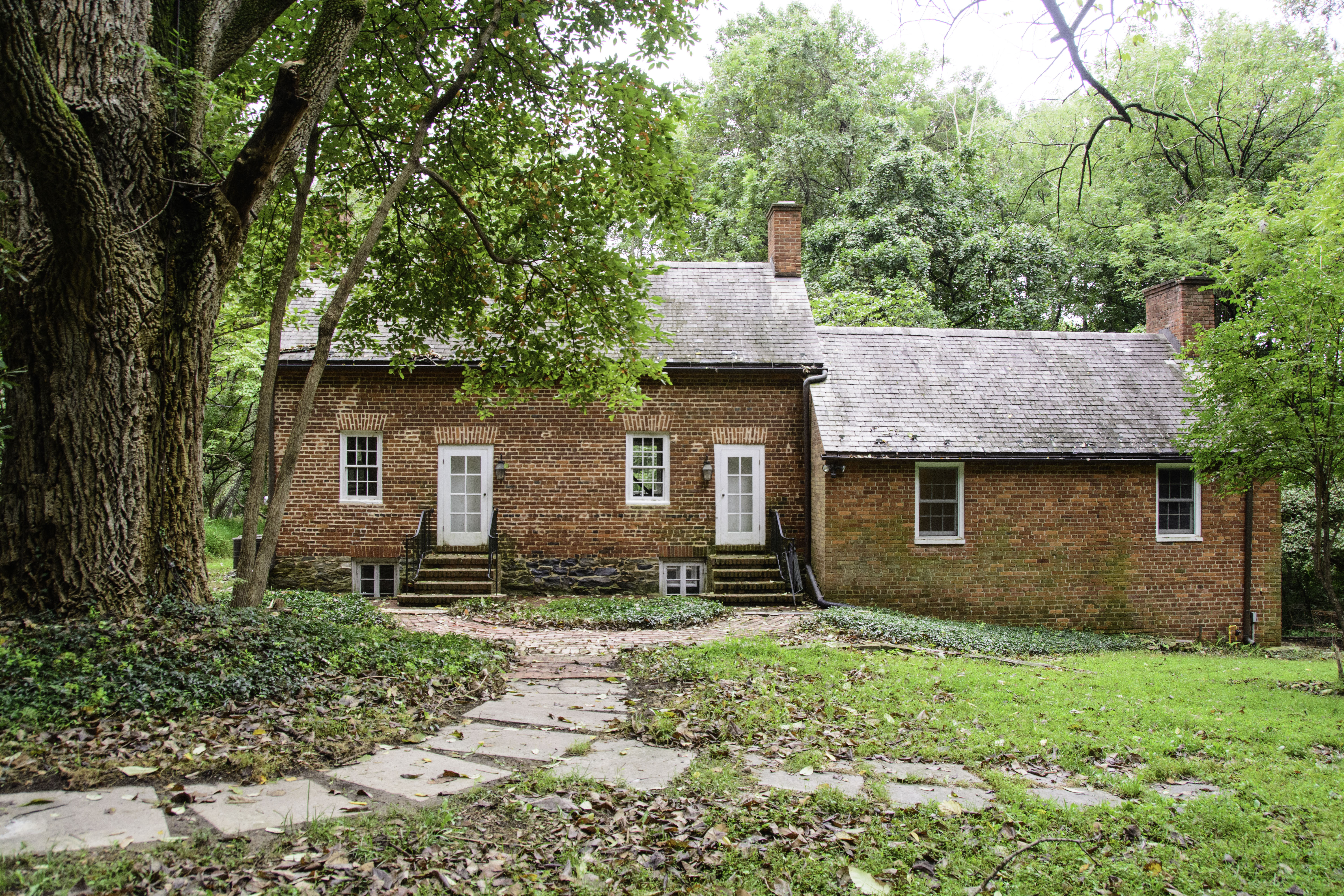 William Gunnell was an indentured servant to the Lee family in Westmoreland County, Virginia, before receiving a 1,616-acre grant from Lord Fairfax in 1730. This tract included a 966-acre lot on the lower side of Difficult Run; Gunnell divided 800 acres of this land equally among his two sons, William Jr. and Henry, in 1741. Henry’s plot is where the Lahey Lost Valley property is located.

The current home was built by either this Henry prior to 1760, when a dwelling on the land was mentioned in William’s will, or by Henry’s son, Major Henry Gunnell, Jr., around 1800. Both Gunnells lived on the land and both were very prominent citizens. The elder Henry Gunnell served as a Justice of Common Law and Chancery, Truro Parish vestryman, church warden, Justice of the Circuit and District Court of Fairfax County, member of the Fairfax Committee of Safety, sheriff, tobacco warehouse inspector, and militia captain. He also operated a farm and raised nine children, including the younger Henry, known as Major Gunnell. Henry, Jr., received a one-third share of his father’s property upon his death in 1792, but managed to acquire both of his two brothers’ lots by 1816. He was also very civically involved and, by his death in 1822, owned over 6,000 acres of Fairfax County land. His will left 547 acres, including the house tract, to his son William Henry Gunnell. It also mentioned slave cabins and tenant houses on the property, as well as manumitted one of his slaves (and granted him 17 acres) and encouraged his children to "use those negroes given to them in a human manner, for I think slavery a cruel thing in the reached [sic] world, who can account for it?"[2] His wife, Sarah, contested the will and received 145 acres plus the house as her dower, but William Henry received this plot once she moved to live with her daughter before her death in 1837. The house tract eventually passed to William Henry’s daughter, Margaretta (Gunnell) Jackson, and her daughter, Laura (Jackson) Elgin, who still owned the lot in 1940.

Several of the Gunnells are buried in the family cemetery on the land. The only legibly marked grave is that of Mary Lewis (Moore) Gunnell, the wife of William Henry Gunnell. There is also another, separate burial ground on the property, but none of its graves have been identified.

Richard Francis and Carlotta (Gonzalez) Lahey purchased the property, minus the Gunnell family cemetery, from Laura Elgin on October 25, 1940. Both were artists – Richard was a noted painter, freelance illustrator, and art educator; Carlotta was a sculptor. Richard had also served in the US Navy Camouflage Corps during World War I. He had regular exhibitions and commissions, including murals for the American Battle Monuments Commission Honolulu Memorial, which he and Carlotta completed together. The couple had previously lived in Washington, D.C., where Richard was president of the Corcoran School of Arts and Design.

The Laheys made significant changes to the home and property. They removed full-length porches from the front and back of the house; they relocated an external kitchen, built around 1915, and converted it into Richard’s studio; they built a matching two-story addition onto the original home in 1941; they added entry stairs; they excavated the crawl space; and they constructed a series of outdoor patios, walls, terraces, and gardens.

In the early 1990s, Carlotta arranged to transfer the property to the Fairfax County Park Authority upon her passing and on the condition that the Park Authority would preserve the home. Since her death in 1999, the Park Authority has conducted multiple restorations and studies (including archaeological excavations, which discovered several Native American artifacts) to plan for the final use of the land. The property was eventually assigned to the Resident Curator Program, which offers a long term, rent-free lease in exchange for significant investment in preserving and accurately restoring the property and offering “reasonable public access” to it.[1] Lahey Lost Valley is currently in the application review stage of this program.

Not currently open to the public