This Tudor Revival home was built in 1929 for Rochester industrialist Robert Eldridge Rudd and his wife, Grace Lincoln Rudd. Robert Rudd was a prominent local figure who served as president of the Rochester Paper Company, which he reorganized from the old Barnes Brothers Paper Company. Grace Lincoln Rudd was a well-known soprano and soloist with the Victor Herbert orchestra. The Rudds called their new home "Elmcrest." 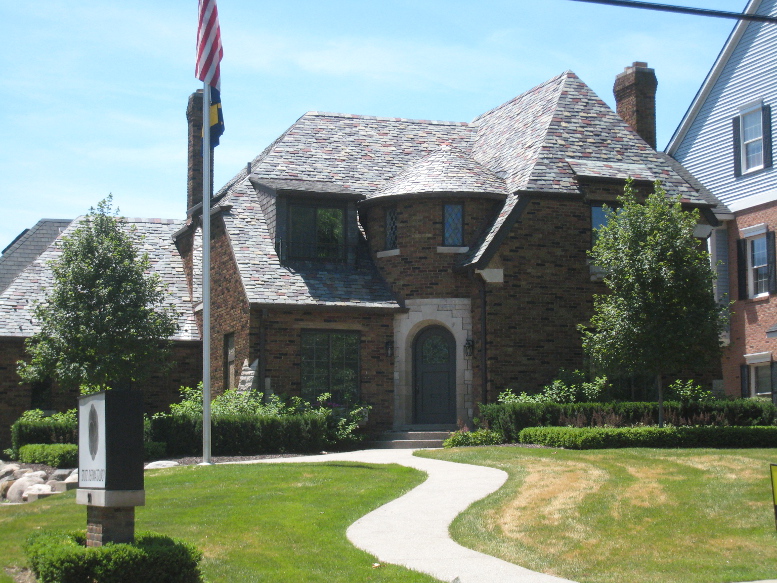 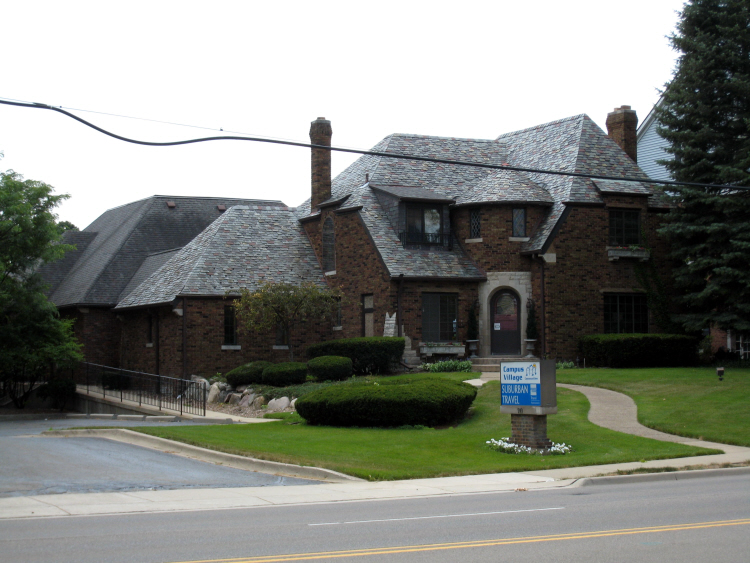 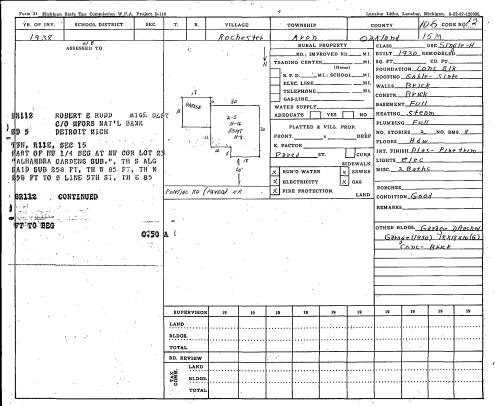 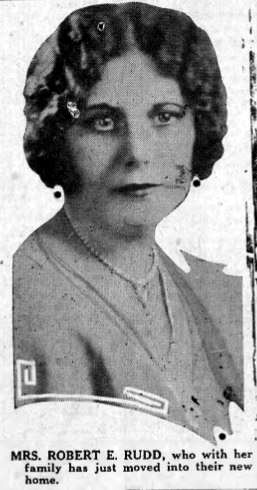 This house was built in 1929 for Robert Eldridge Rudd and his first wife, Grace Lincoln Rudd, who called their home "Elmcrest".

R.E. Rudd was born in Virginia in 1894 and worked at the Standard Paper Company in Richmond, Virginia until 1926, when he came to Rochester to reorganize the old Barnes Brothers Paper Mill with William O. Stronach. Rudd and Stronach renamed the company the Rochester Paper Company and worked on modernizing and enlarging it, and were credited with keeping the company operating and employing local workers during the Great Depression.

Rudd's wife, Grace, according to an item published in the Rochester Clarion in 1928, was an accomplished singer who studied voice with prominent teachers in New York City, Boston and Chicago. She was a soloist with Victor Herbert's orchestra and on the Chautauqua circuit.

The Rochester Clarion described the Rudd home under construction in an April 26, 1929 article about building activity in the vicinity:

"Robert E. Rudd is erecting a home to cost between fifteen and twenty thousand dollars on West Fifth street. C.L. Light, a Detroit builder, has the contract. A unique feature of this house is a library in the basement. Also the front view in enhanced by the addition of a tower staircase which lends a medieval atmosphere to the building."

On September 1, 1929, the Detroit Free Press reported as follows:

The Rudds were active in Rochester society. They traveled widely and entertained frequently. Robert and Grace Rudd were divorced in 1937. In that same year, Rudd married Marguerite "Sybil" Burns. After her divorce, Grace Lincoln Rudd continued to travel and pursued her career as a classical singer. The Detroit Free Press reported on June 16, 1940:

Gold from Greece and Italy Arrives

The American Export liner Excambion docked today with $2,500,000 of gold consigned from Italy to the Federal Reserve Bank in New York. There was a similar amount aboard from Greece.Among the passengers was Grace Lincoln Rudd, of Detroit, opera singer who spent seven months in Italy.

Robert E. Rudd died in 1938. His obituary in the Detroit Free Press read as follows:

Robert E. Rudd, 45 years old, president and general manager of the Rochester Paper Co., died Monday morning in the Pontiac General Hospital after an illness of 10 days. He is survived by his widow, Sybil Burns Rudd; his mother, Mrs. Leonore Montague Rudd, of Richmond, Va.; three sisters and two brothers. Prayer service Tuesday morning at the A. C. Hobart Chapel, with Rev. J. C. Clasper in charge. The body will be sent to Alemia [Amelia], Va.,for burial. Rudd has been a resident of Rochester since 1926 when he came here from Chicago to join the local plant.

The Rudd home was sold after the death of R.E. Rudd in 1938; settlement of the estate was delayed by a court challenge by Rudd's second wife, Marguerite. William Hoehn finally bought the house from the estate in 1940. The Hoehns resided in the house for a couple of decades and the house was eventually acquired by Melvin Markwardt, who renovated it for use as commercial office space in 1975.