Opened in 1912 as the Baxter Hotel. This historic Five Points building became the center of Denver's jazz scene. During the 1930s, the Rossonian lounge featured performances by leading jazz musicians like Duke Ellington and Ella Fitzgerald. The building is admired for its unique French architecture. The hotel closed many years ago, but plans are in place to renovate. The historic structure will be restored into a restaurant and music venue. This project is in partnership with retired NBA star, Chauncey Billups.

The front view of the triangular construction of The Rossonian 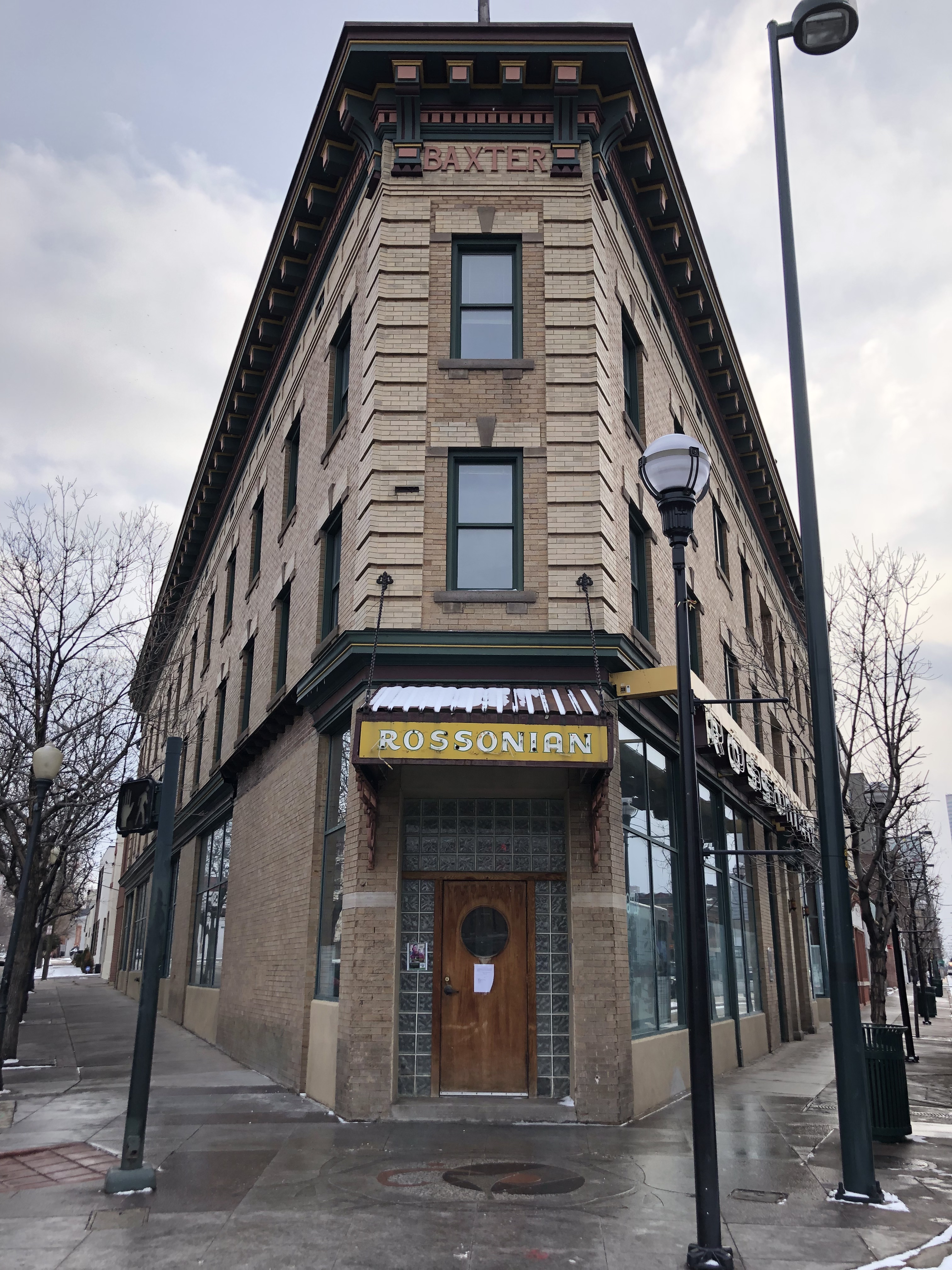 This Denver hotel was completed in 1912. Originally named the Baxter Hotel in recognition of its original owner, Robert Y Baxter. He was the owner of a prominent cigar company. Baxter hired architect George Louis Bettcher to build this hotel at the corner of the Five Points intersection. The hotel was built in the Beaux-Arts style of architecture. This style originated at the Ecòle de Beaux-Arts school in France. This style is defined as a neoclassical revival of Gothic and Renaissance architecture. Bettcher perfected this style in a triangular shape with the structure. The building quickly garnered the attention and admiration of Denver residents.

In 1929, the business was renamed the Rossonian Hotel. It was at this time it became the center of the city's jazz scene. It was located in the heart of the Five Points neighborhood. The hotel lounge saw performances by the nation's leading musicians as they traveled through the area. During this time African Americans were turned away from hotels in the downtown area. The Rossonian welcomed all and was graced with performances by musicians like Duke Ellington, Nat King Cole, Billie Holliday and Ella Fitzgerald. According to one account,

“…the first floor of the Rossonian Lounge became the most important jazz club between Kansas City and Los Angeles. Top performers who passed through Denver often played on off nights between concerts at larger venues downtown or late at night, after they had finished performing at other clubs…”.

The 1960s brought a new dynamic in the neighborhood. The civil rights movement created more opportunity for middle-class Black families. Many moved to the suburbs and other neighborhoods throughout the city. As musicians were no longer limited to staying in the Five Points neighborhood, the Rossonian didn't have a monopoly top acts. Over the years, the hotel went through several owners and was renovated several times but never returned to its Jazz Age status.

In 1995, the building was added to the city's register of historic structures. Welton Street also became a historic cultural district in 2002. Carl Bourgeois purchased the Rossonian in 2005 and made plans to restore it to a jazz club and restaurant. However, this plan never came to fruition. The building is now owned by Palisade Partners. They are working with Chauncey Billups to convert the historic building into restaurant and music venue.