This is a contributing entry for 2019 Barn Tour and only appears as part of that tour.Learn More.

Scott and Erin Buchanan have been the owners of this farm in Delaware Township since 2011, and it has been in Erin's family for several generations. It is an excellent example of a later-era timber frame structure. The barn is impressively tall, with 16' straight queen posts. Built for hay storage, the original hay track and forms are still visible. 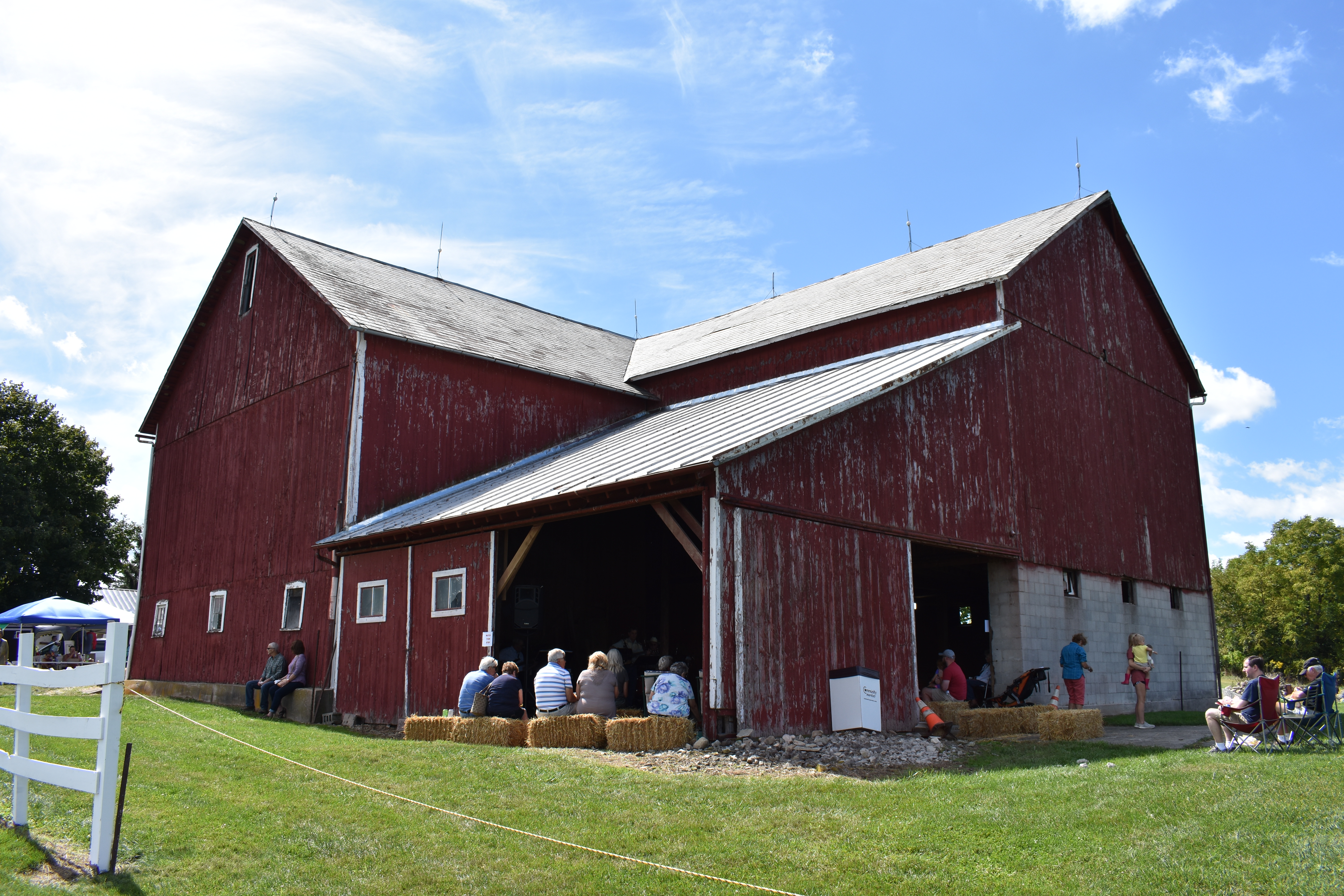 Scott and Erin Buchanan have been the owners of this farm in Delaware Township since 2011. The property has been in Erin's family for several generations. The farm was originally settled by John Rose in the 1830s. John and Lucy (Sampson) Rex were the next owners. Lucy's family, the Sampsons, owned a great deal of property in this part of the county, including one of the other farms on this tour. The farm passed to John and Lucy's daughter, Gladys, and her husbnad, Charles Stauffer. It then transferred to Gladys'sister, Rema (Rex) Patterson, Rema deeded the farm to Vernon Wentz. Vernon and Vera Belle Wentz lived on this property from the late 1940s until 2011, when it was purchased by their granddaughter, Erin Buchanan and her husband, Scott.

This large barn likely dates to the late 1890s or very early 1900s. A photography dated 1905 clearly shows the barn in its current location. It is an excellent example of a late-era timber-frame structure. Even though the builders were still using traditional joinery, by 1900, there were just not enough old growth trees left to produce the 60'-plus timbers seen in some of the other barns on the tour. Thus, all of the long beams in this barn are "scarfed," or joined together. By this time, the circular saw mills in the area were capable of cutting very large logs, and these timbers are all sawn, rather than hand-hewn. The wrought-iron bracing that can be seen in the east bay is original and built-in.

The barn is impressively tall, with 16' straight queen posts. It was designed for hay storage, and the existing metal hay track and forks are original. When it was built, the barn had a wooden floor. While still considered a ground barn, the floor was slightly raised, which is common in this part of the country, and was probably due to the high water table and propensity for flooding.

The original farmhouse was a simple two-over-two, timber-framed structure. While the original portion still stands, an addition was placed on the back of the house in the 1880s. Family legend says that the addition was moved from a nearby inn.

The historic barns highlighted on the 2019 Barn Tour.