Established in the midst of the Civil War, Chalmette National Cemetery was built at the location where American forces stopped a British invasion of New Orleans in 1815. The cemetery is located in Jean Lafitte National Historic Park,. Built for soldiers who died in Louisiana during the Civil War, the cemetery has evolved to include graves for over 14,000 troops who served in every war from the War of 1812 to World War II. The cemetery has been the subject of several preservation projects, in order to reset and repair headstones due to severe flooding in the area. 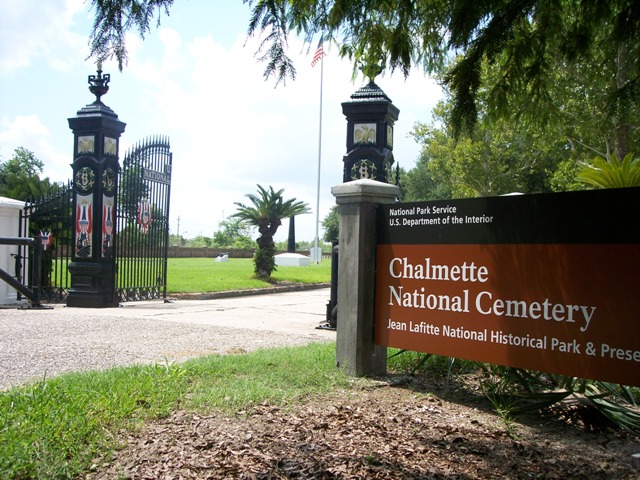 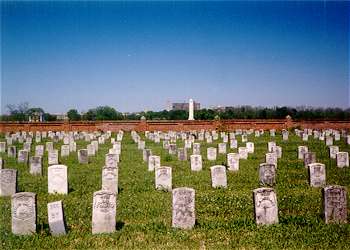 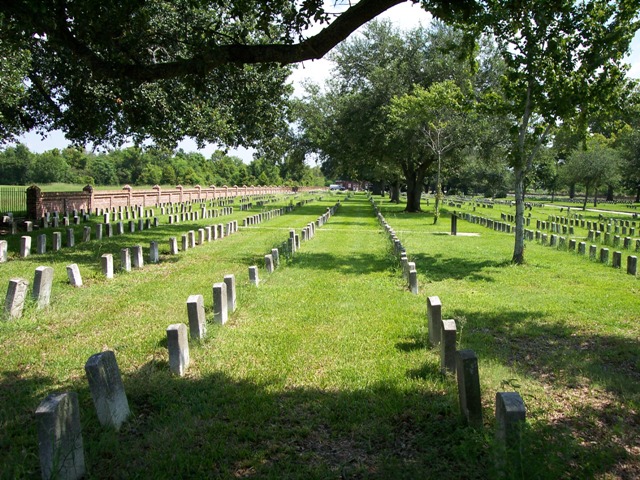 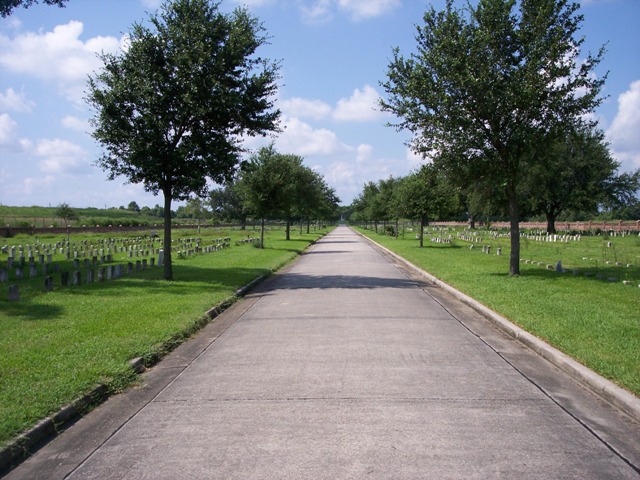 Pathway leading to the Memorial 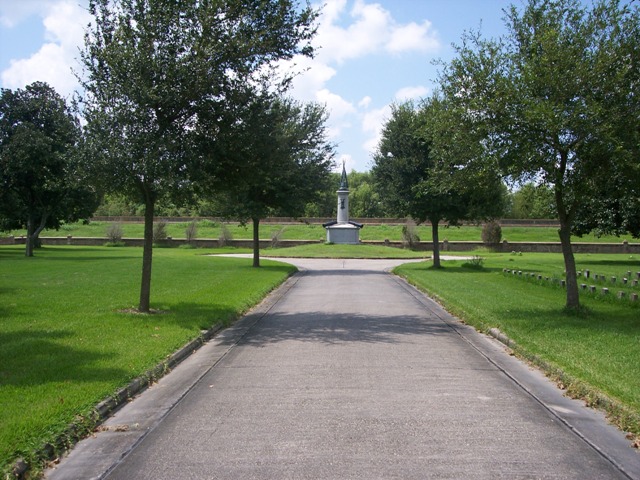 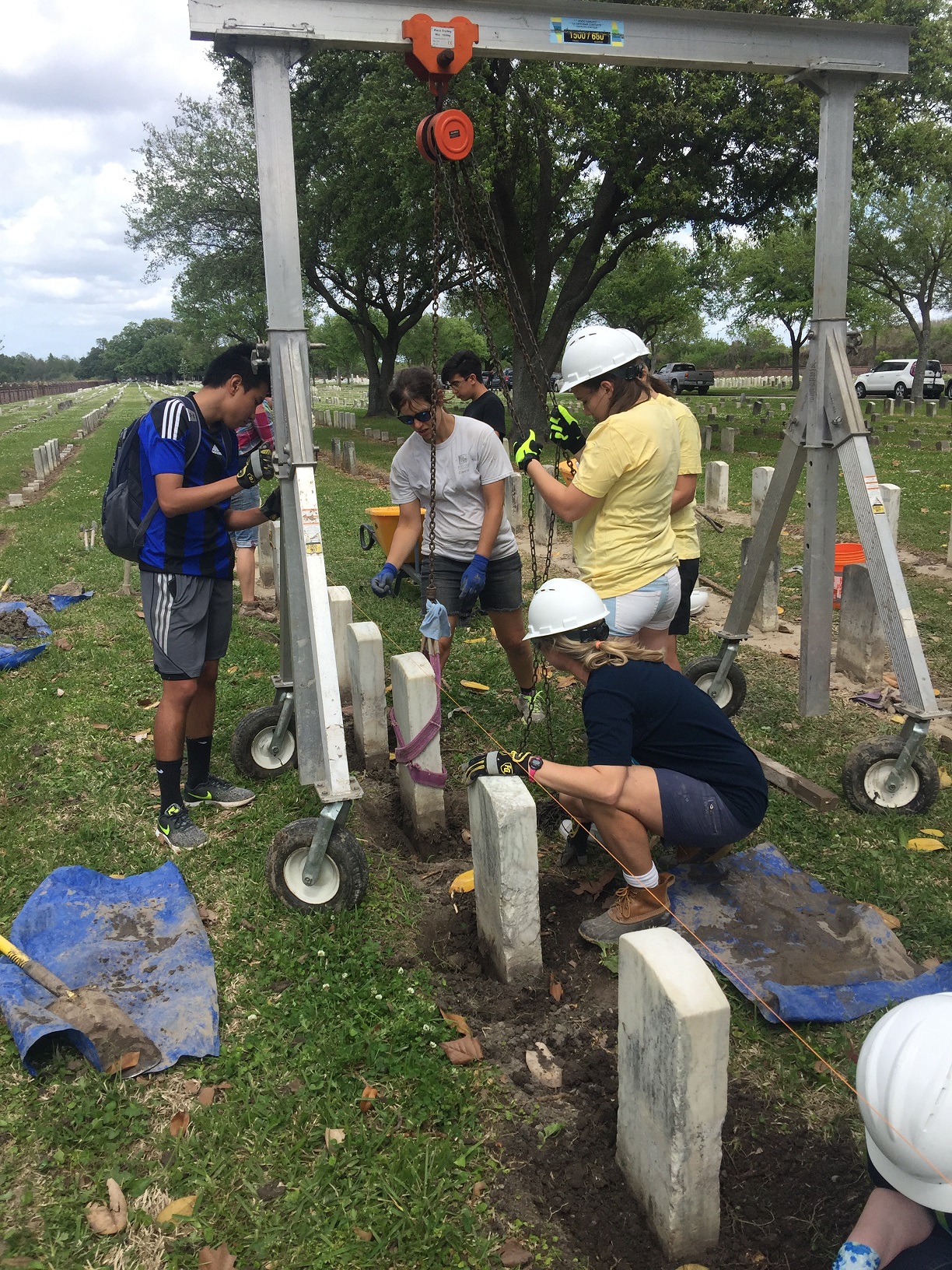 Chalmette National Cemetery was established in 1864 in Chalmette, Louisiana, and was constructed on the site of the Battle of New Orleans. Its original purpose was to be a resting place for soldiers who died in Louisiana during the Civil War. Former slaves, hospital patients, and both Confederate and Union soldiers were interred here. Chalmette National Cemetery also honored African Americans who served in the Colored Troops regiments and battalions and more than 100 African American soldiers that served for the Union as the Louisiana Native Guard. Civilians were also buried at Chalmette until 1867.

In 1867, an estimated 7,000 troops were re-interred at Chalmette National Cemetery from various local cemeteries. Confederate troops were later removed from Chalmette at the request of the Ladies Benevolent Association of New Orleans. Of the 14,000 troops at rest in Chalmette National Cemetery, nearly 12,000 troops from the Civil War are buried here, and the identity of around 7,000 of these troops are unknown. There are also veterans of the Spanish-American War, 4 men who fought in the War of 1812, 1 man who fought at the Battle of New Orleans, and veterans of both World Wars, and the Vietnam War. Civilians related to the fallen soldiers are buried here as well. Sara Rosetta Wakeman, who famously dressed up as a man to participate in the Civil War against the Confederates also rests at Chalmette Cemetery.

The structural layout at Chalmette National Cemetery has changed over the years. The cemetery entrance used to face the Mississippi River. However, the high water table at Chalmette leads to devastating flooding, including the Great Mississippi River Flood of 1927. The entrance was relocated at the other end of the cemetery, and 572 graves and the homes of the caretakers had to be moved. As a result of having to move graves, more than 400 Union soldiers were relocated to a single mass grave. There were also additional structures built such as the carriage house and a two-story house for the caretakers and superintendent. These buildings are now used as park offices, storage, and as a maintenance workshop.

The beautiful landscape at Chalmette National Cemetery was designed with peace and remembrance in mind. Every type of tree or flower means something at Chalmette, from the roses that stand for love and devotion, the cedar trees that represent healing, to the laurels that symbolize the wreaths awarded to heroes. One special tree facing the levee at the end of the cemetery stands as a very special monument. It is known as the peace tree. At its base is a weathered bronze marker that reads, “Planted on November 18, 1927, under the auspices of the National Association of the Survivors of the Battle of Shiloh. The sycamore was chosen because of its white body and limbs, white being the emblem of peace.” The remainder of the inscription is hidden by the tree. This tree bears tribute and honors the brave men that fell at the Battle of Shiloh in 1862.

Today, there are ongoing preservation efforts at Chalmette National Cemetery. In 2005, Hurricane Katrina caused significant damage to the headstones and brick walls at the cemetery, and 74 headstones were smashed by fallen trees and needed repaired. Workers of Pishny Restoration Services of Kansas helped put these headstones and brick walls back together. Current preservation efforts are undertaken by groups such as the H.O.P.E Crew Program, which is a part of the National Trust for Historic Preservation. Their volunteers are responsible for taking inventory, repairing, and raising awareness of the need for preservation programs at Chalmette National Cemetery.