Mary Jane Lavina Girard Robidoux moved from Kansas following her husband’s death and commissioned this Craftsman home in 1913. The detailed brickwork and interior sawn oak woodwork are definitive features of the Craftsman style, an offshoot of the English Arts & Crafts Movement popular in the late 19th century. Upon completion, the home was hailed as the most exquisite house in Aurora. The Robidoux House is listed on the National Register of Historic Places for its embodiment of the Craftsman style. 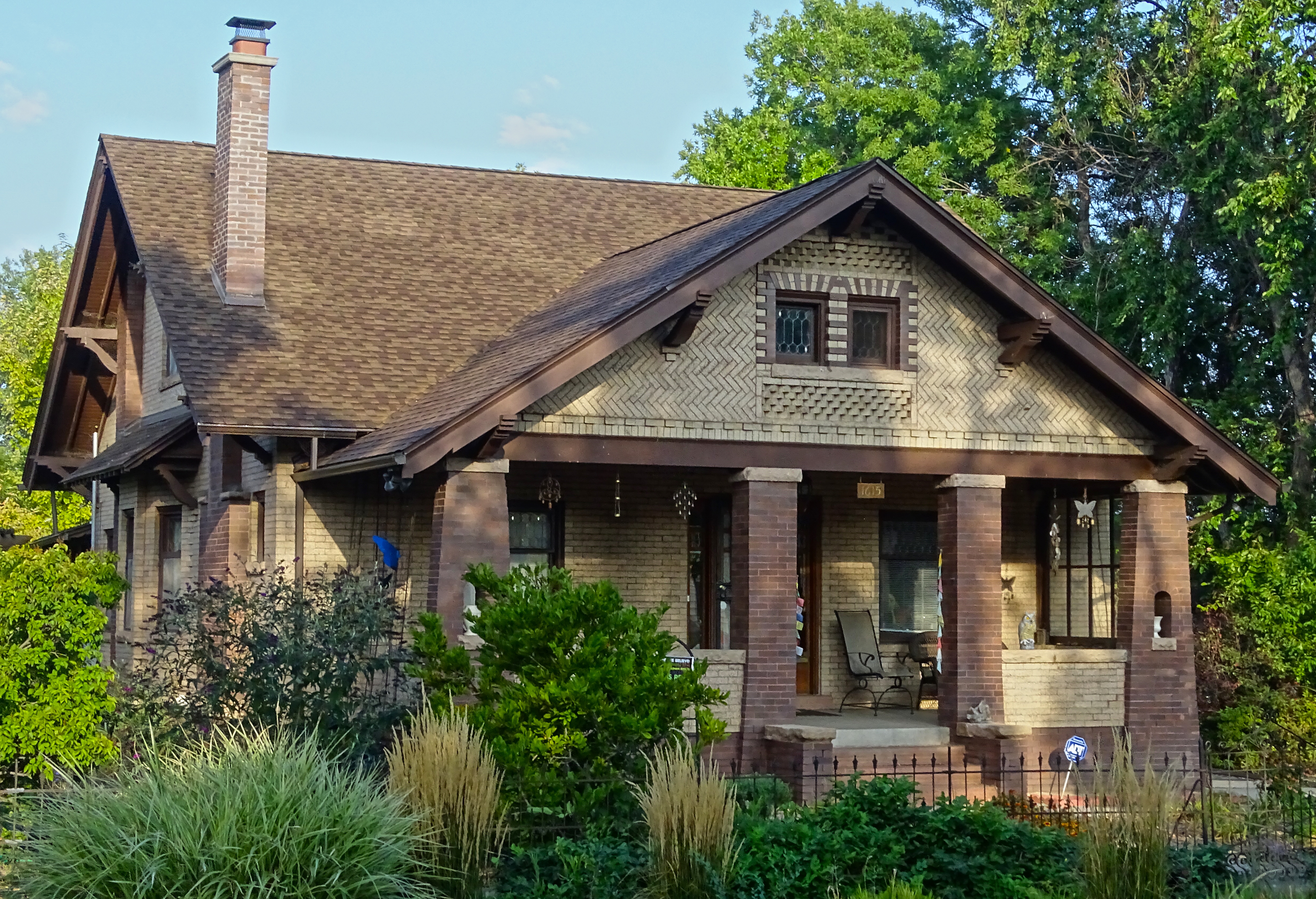 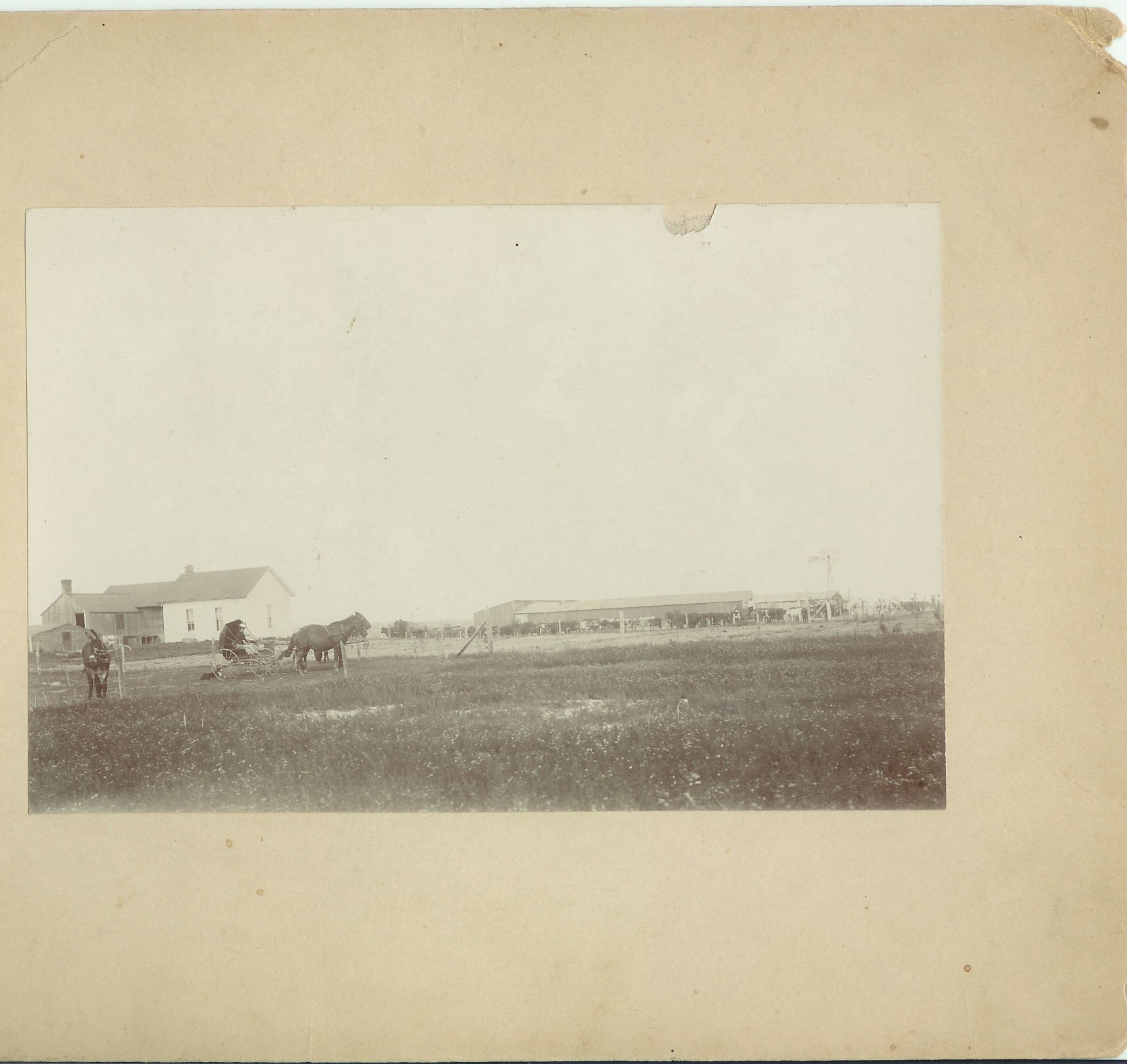 Mary Jane Lavina Girard Robidoux was born to an Irish immigrant family in Quebec, Canada, in 1866. She moved to Gopher, Kansas, twenty-years later, and married Albert Robidoux the following year in Denver, Colorado. Albert also immigrated from Quebec, Canada to Kansas, working as a saloon keeper before purchasing ranch land. The couple built a successful ranch and stock business around Wallace, Kansas. After suffering a stroke, Albert lost the use of an arm and vowed to settle his business and end his life. He kept his promise, hanging himself from a barn rafter on May 19, 1912, his fifty-fifth birthday.

After her husband’s death, Mary Jane sold the ranch in Kansas , and purchased four lots in Aurora, Colorado. She then commissioned the construction of a bungalow, costing $3,500. Completed in 1913, the new residence created quite a buzz in Aurora, being hailed as “ …being the finest house yet erected in Aurora …constructed of the best brick and is as modern as it is possible….”(1) Following completion, Mary Jane lived in the house until her death in 1929, leaving the home to St. Clara’s Orphanage.

In the late 19th century, the English Arts & Crafts movement rejected modern industry and mass-produced products in favor of old-world craftsmanship. In America, however, Arts & Crafts utilized industrialism, often producing "Craftsman" accessories with faux detailing in industrial plants. Despite the differences, Craftsman architecture emerged in the early years of the 20th century, heavily influenced by its English roots.

The first Craftsman homes were designed by Charles S. Greene and his brother, Henry M, Greene as bungalows in California around 1903. Featured in a number of architecture publications, the style appeared in pattern books across the nation, which resulted in widespread popularity from 1905 – 1930. Distinguishing features of the Craftsman-style are evident on the Robidoux House. The home features a low-pitched cross-gabled roof, open eave overhangs, decorative beams, a full porch, and square tapered columns (battered columns). Note the decretive knee braces along the roof line, the exposed rafter tails that accompany the large eaves, and the intricate brick work on the front gable. While viewing this home, hailed in 1913 for its construction, think on the larger Queen Anne homes built twenty-years prior and compare their size and decorative elements.