The James Wilson Smith/Crissman Block was built in 1901 and 1904 by Rochester hotelman James Wilson Smith, whose Hotel St. James stood on the southwest corner of Main and Fifth (now University Drive). Smith was a prominent Rochester businessman who used his new building to expand his enterprises. In addition to the hotel, he operated the Idle Hour Theatre, Rochester's first moving picture venue. Eventually, the building passed into the ownership of the Crissman family, and was well-known as the home of the Crissman Pharmacy until 1966. The northern two-thirds of the building was destroyed in a 1992 explosion and was rebuilt in 1992-93. 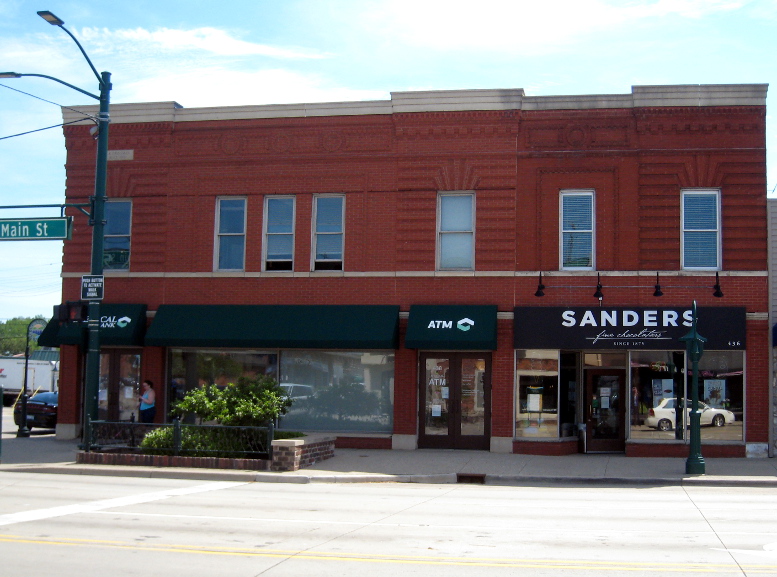 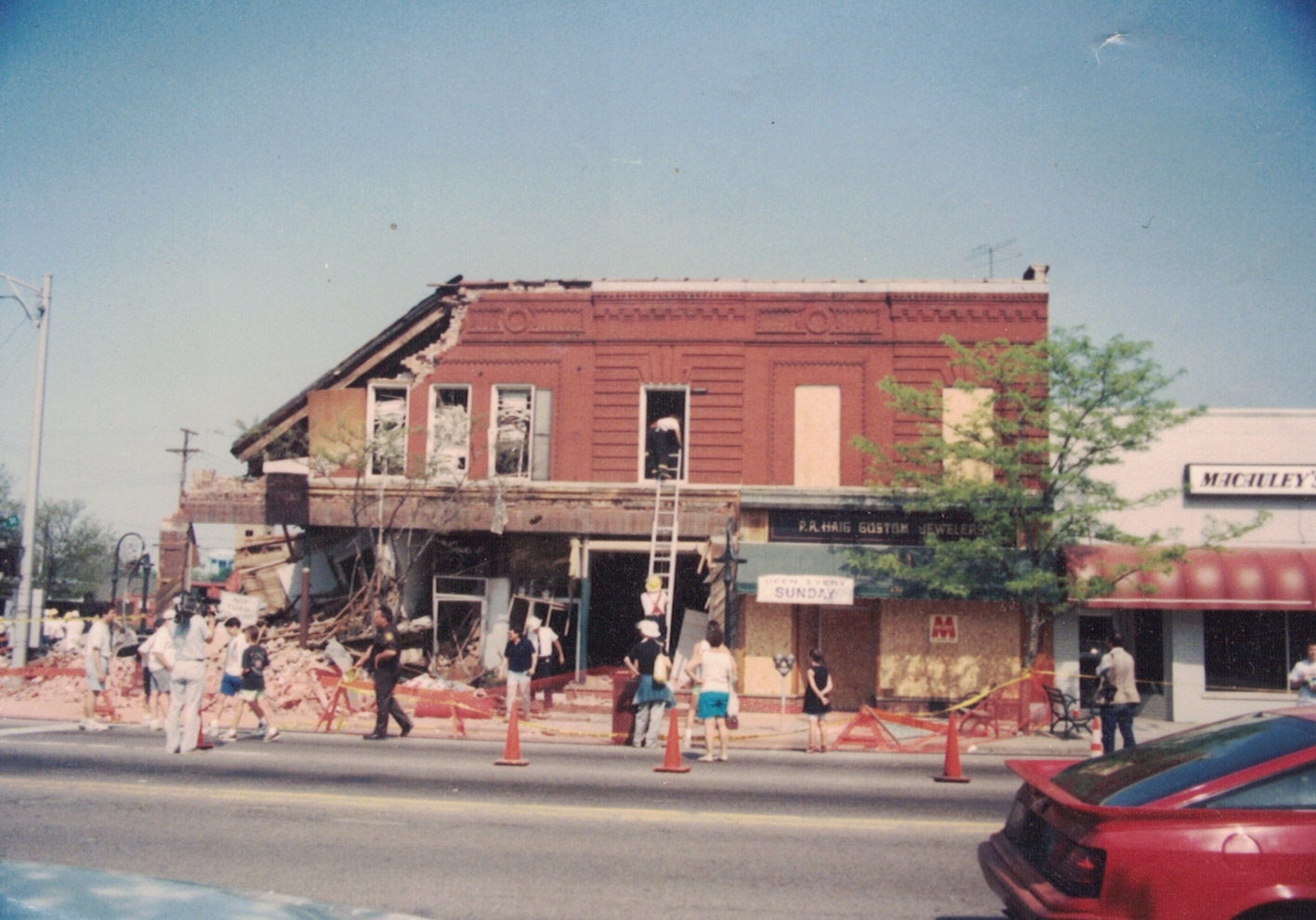 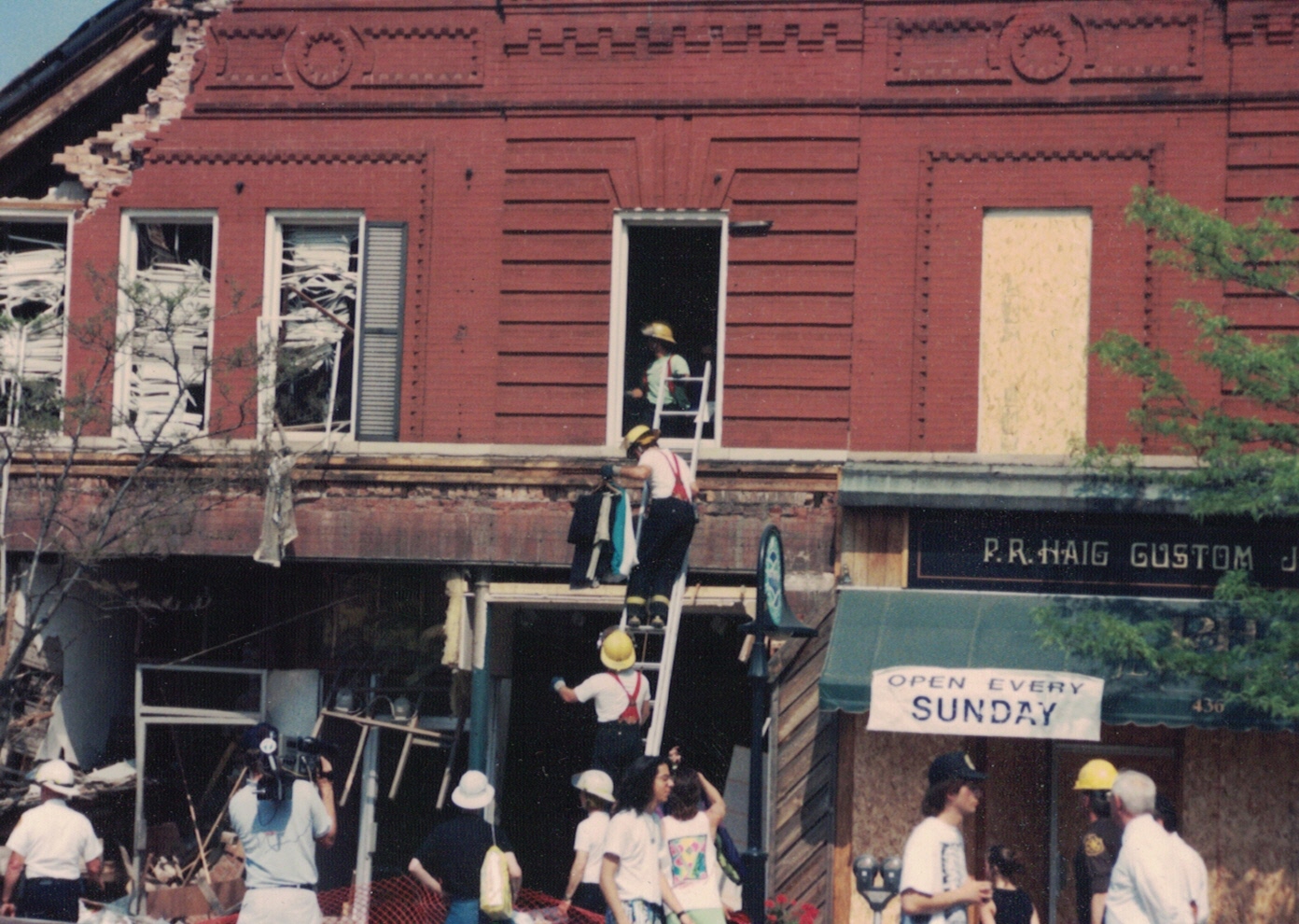 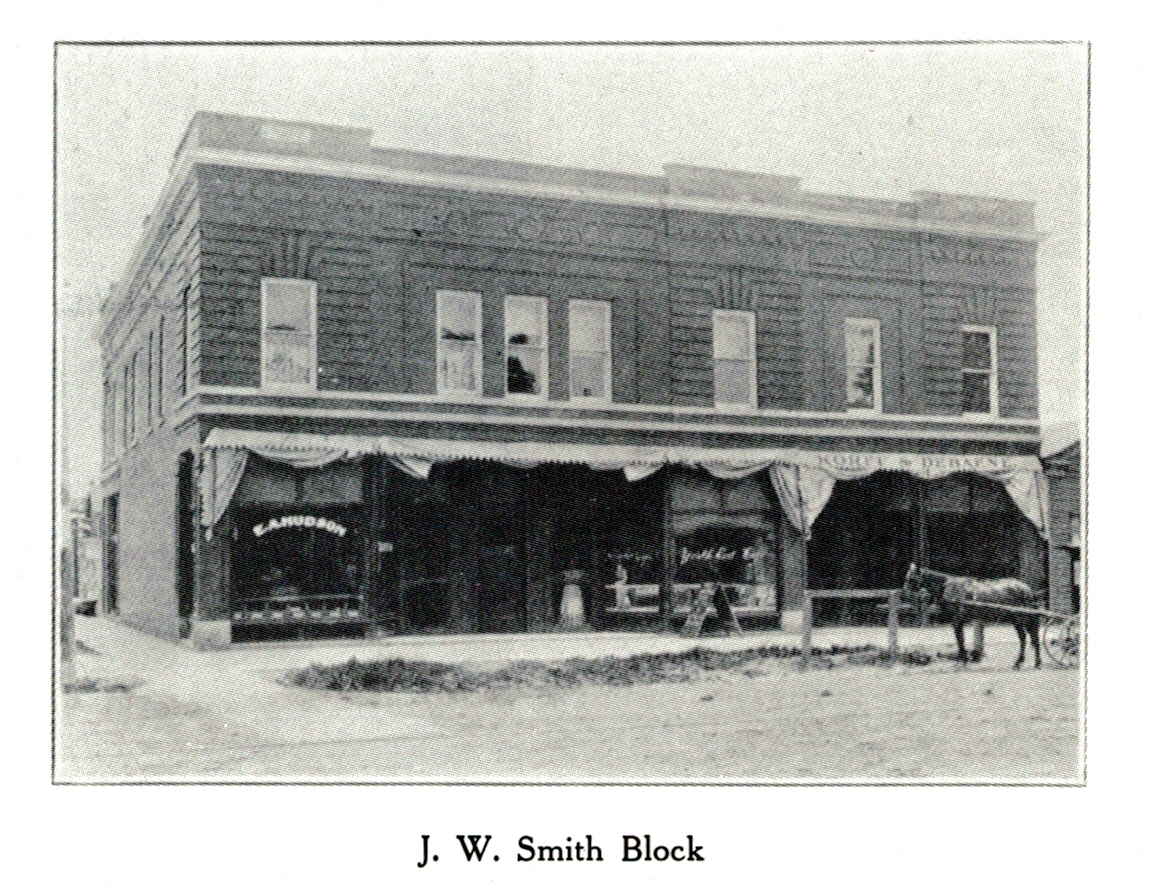 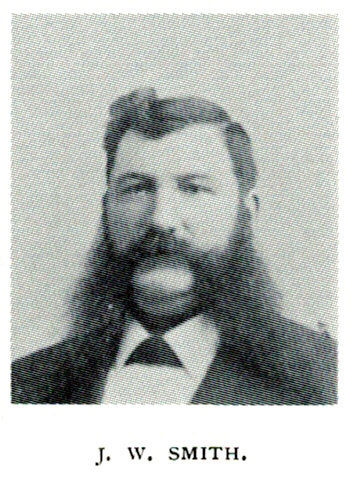 James Wilson Smith, owner of the St. James Hotel on the southwest corner of Main and University (formerly Fifth St.) broke ground for this two-story brick business block opposite his hotel in August 1901. Detroit architects Spier & Rohns, who had recently built the Detroit Sugar Company factory in Rochester, were the designers of the building, and James S. Stackhouse of Rochester was the contractor.

Frederick H. Spier (1855-1931) and William C. Rohns (1856-1951) were especially noted as the designers of railroad stations, and drew the designs for the Michigan Central Railroad depots in Ann Arbor and Niles, Michigan, the Union Depot in Lansing, and the Union Station in Durand, Michigan. They were also the architects of the Detroit Sugar Company mill at Rochester.

"J. W. Smith will build a brick addition to his block at the north end [sic; it was actually the south end], which will be occupied as a meat market." Progress on the addition was noted by the newspaper on June 10: "The gravel roof has been placed on the new Smith block, the hardwood floor laid on the first story and the work of finishing off for Korff & DeBaene's new market is rapidly progressing. Mr. Smith has made a proposition to finish off the second story into a first class auditorium, reception, cloak and property rooms, etc., and the matter is being favorably considered by the different secret societies of Rochester."

The North End Cafe and Edwin A. Hudson grocery were early tenants of the new building; it also housed James W. Smith's Idle Hour Theatre before he built a new structure for it adjacent to his hotel. The most well-known occupant of the building was the Crissman Pharmacy, which occupied the building from about 1925 until 1966. The pharmacy featured a soda fountain that was a popular meeting place in town for decades.

Lewis C. Crissman, a 1910 graduate of Ferris Institute (now Ferris State University), established the drug store that carried his name in 1913, when he bought out Luel H. Smith's Central Drug Store.The Smith store was located at 329 S. Main, just south of where the Chase Bank stands in 2014. Around 1915, Crissman moved his pharmacy across the street to 438 S. Main, in what was then known as the J. W. Smith block. When Lewis Crissman decided to retire from the pharmacy he passed the baton to the next generation, son J. Kenneth Crissman, who like his father, had earned a pharmacy degree from Ferris. Kenneth Crissman operated the drug store until 1966, when he sold the business to Joseph Pinkerton.

On May 20, 1992, the northern two-thirds of the building were completely destroyed by a devastating gas explosion from an unknown gas line in the area. The Crissman family, owners of the building, immediately rebuilt the destroyed portion in complete sympathy with the original design, including the ornamental stepped-out brickwork on the west elevation.

Abstract of title, No. 109772, Lot 1 of Original Plat of Village of Rochester, Michigan, by Abstract and Title Guaranty Company of Pontiac, Michigan, dated 21 May 1945.