The Burton Store was built in 1890 on the Bratton Dock (for this reason, it is also known as the Bratton Store). It served as the first general store and the first post office in Cortez. In 1901, the Albion Inn was added to the building. Both structures survived the 1921 hurricane that devastated much of the Cortez waterfront. The United States Coast Guard purchased the buildings in 1974 and the Albion Inn served as the Coast Guard Station until 1991 when a new station was built. Community members came together to help save the historic buildings. They were not able to raise enough money to save the Albion Inn, and that was torn down. The Burton Store was saved and renovated. It now sits on the property of the Florida Maritime Museum where it used for Folk School classes and collections storage. 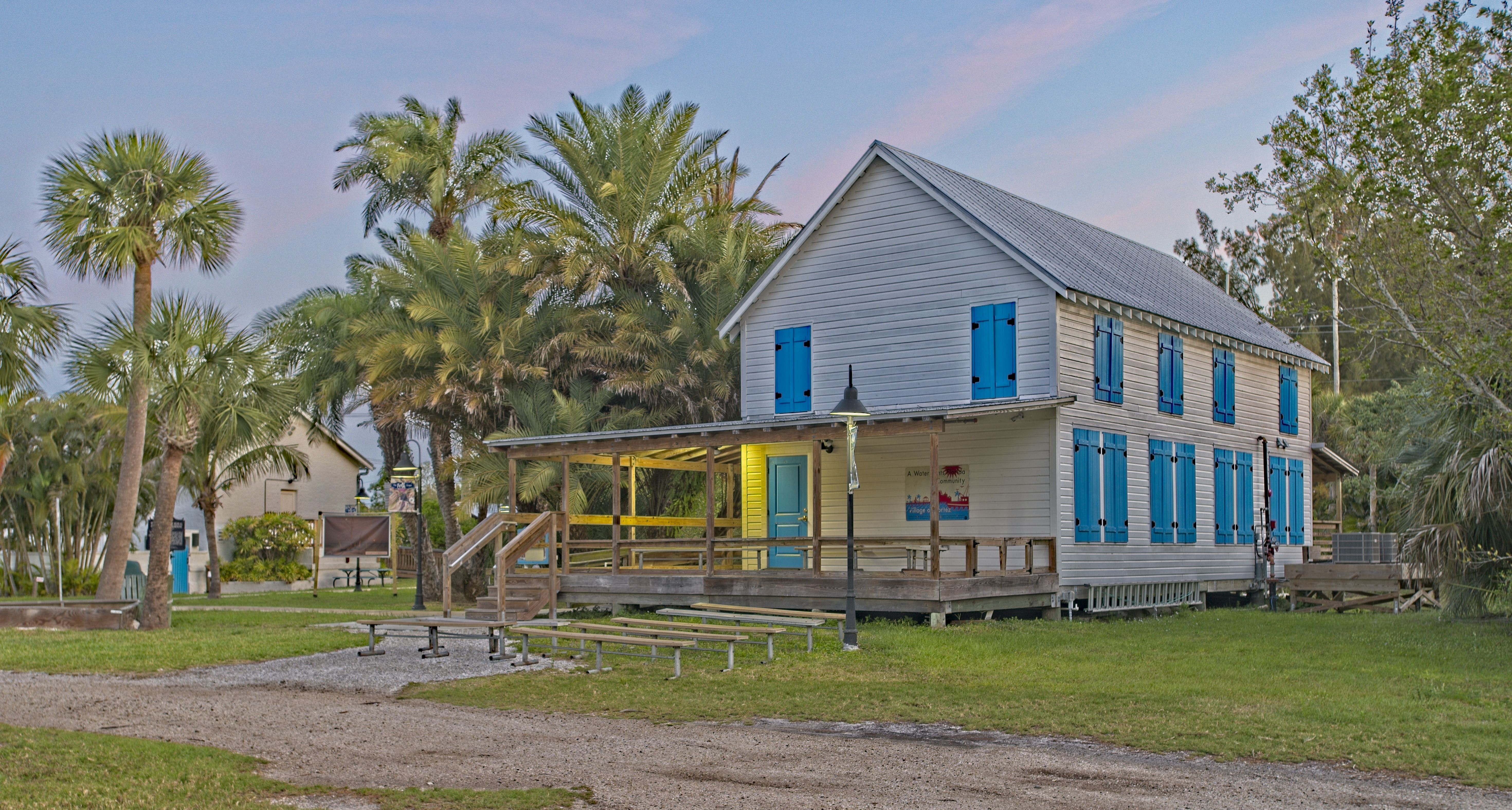 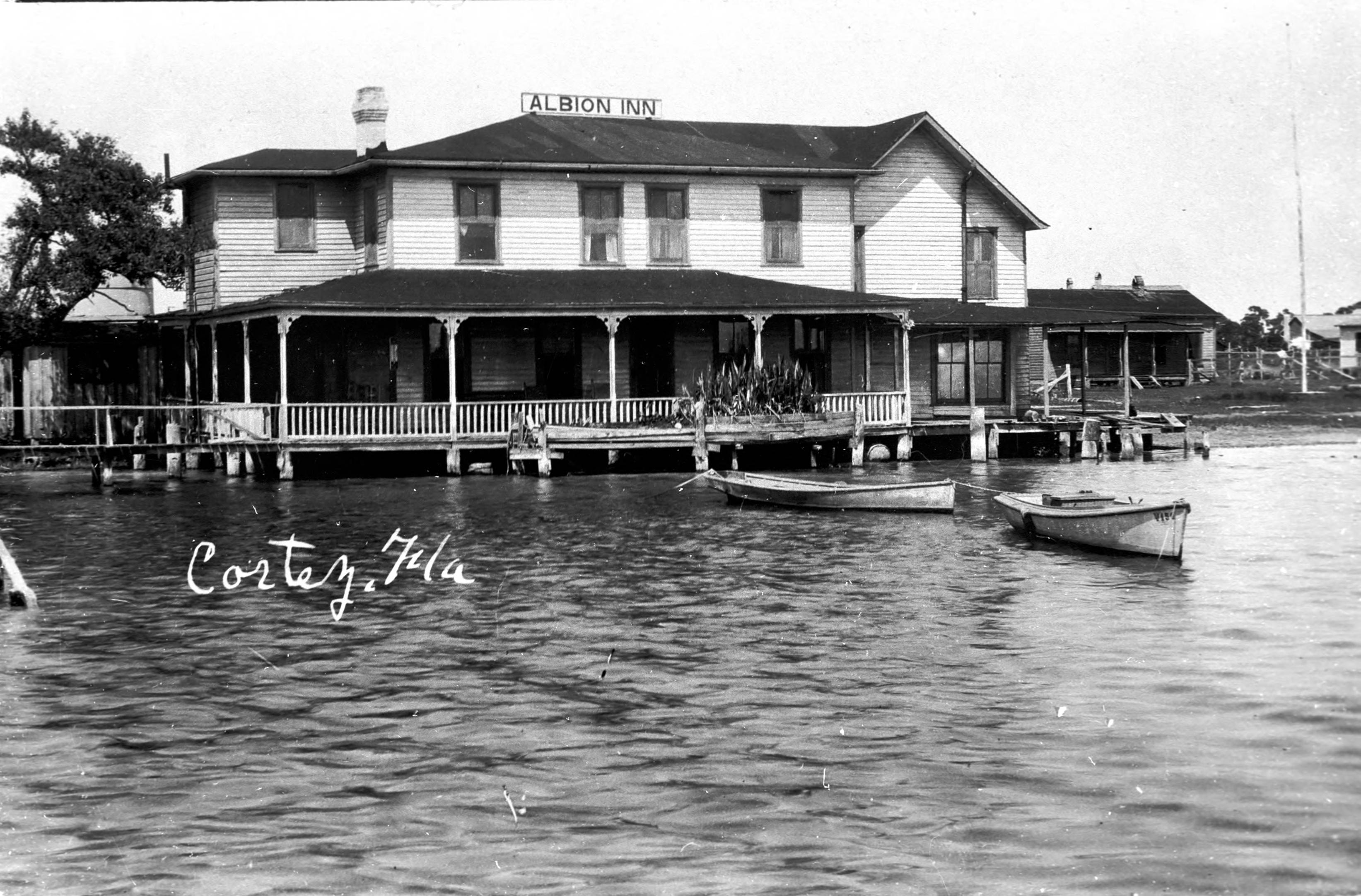 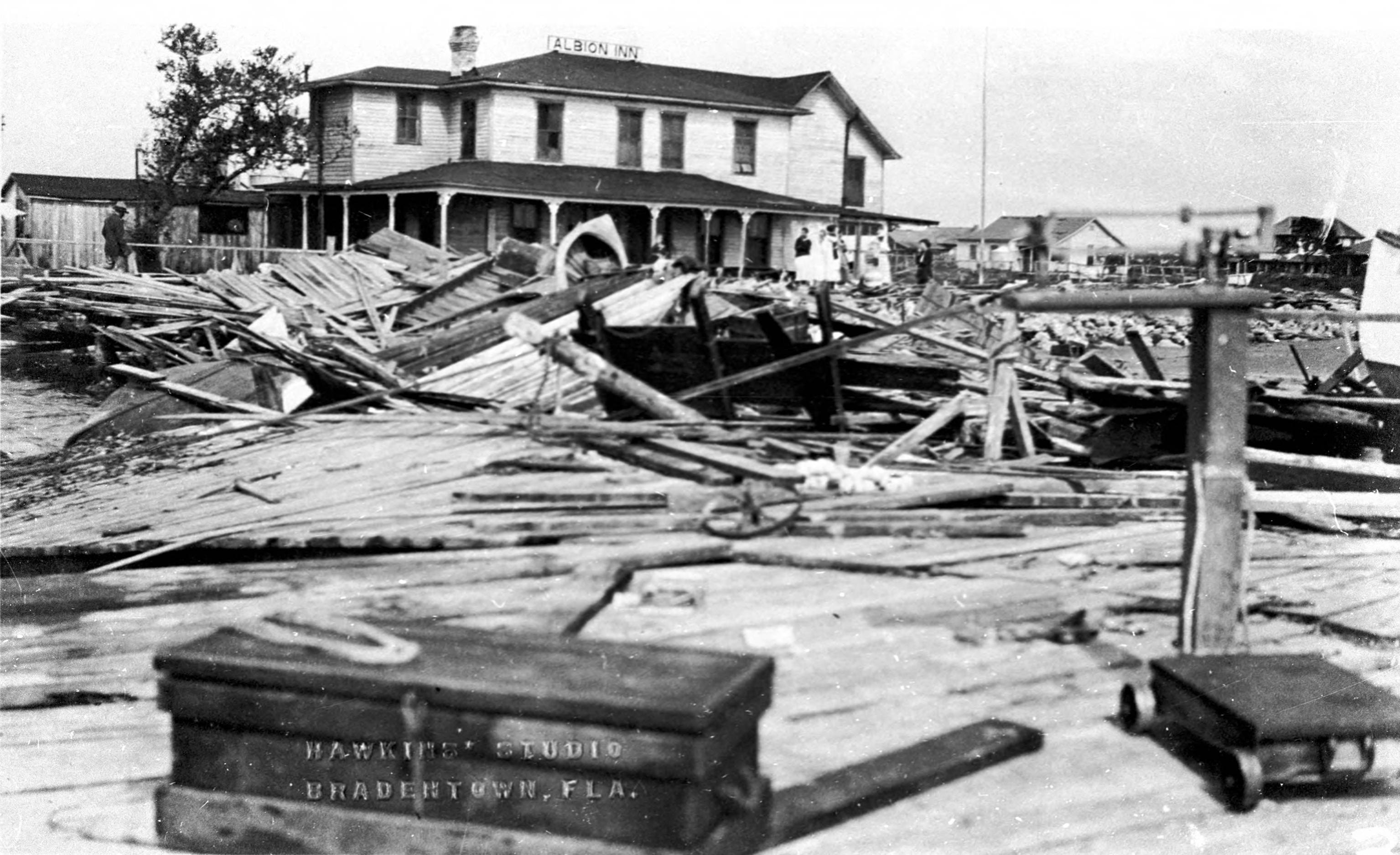 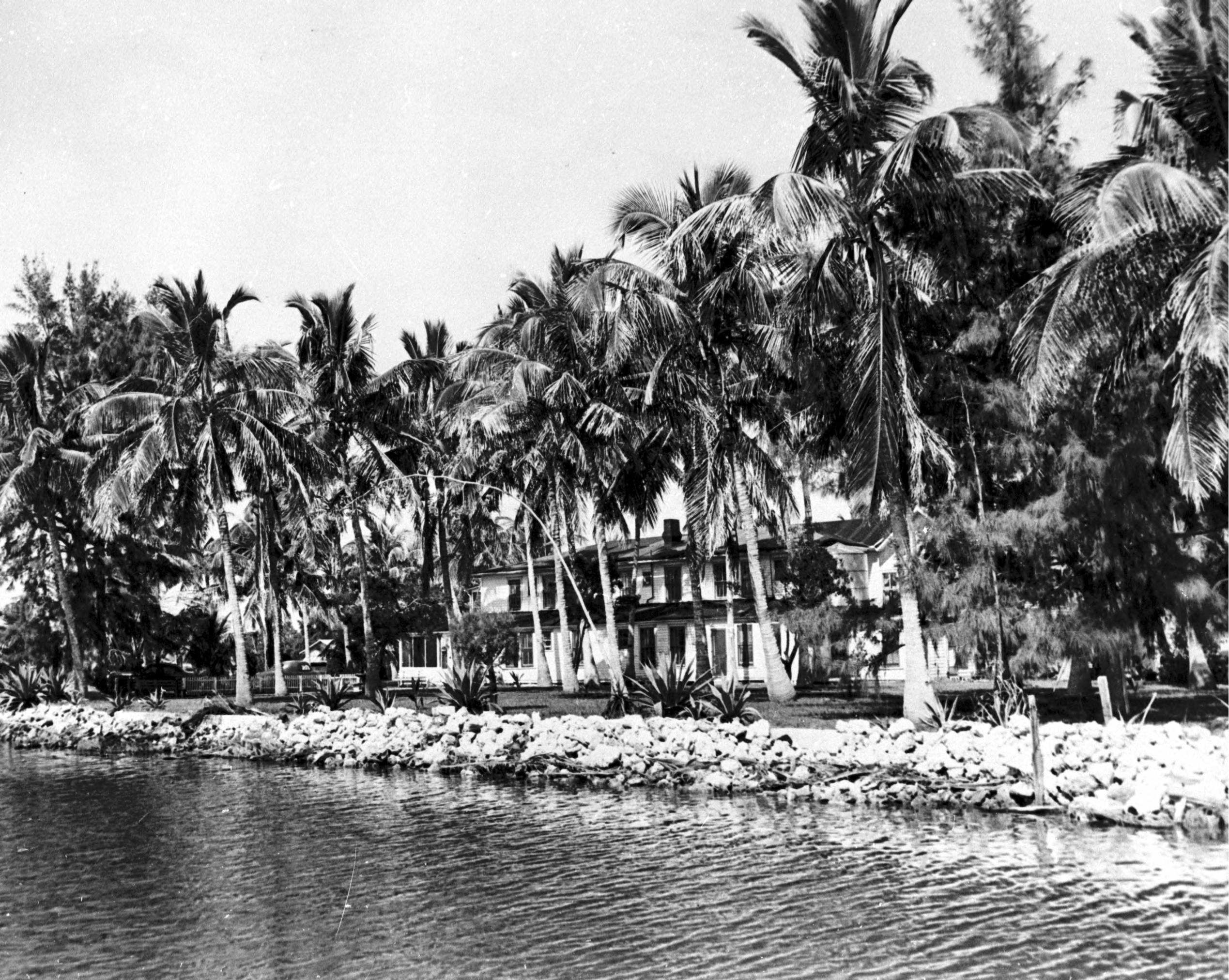 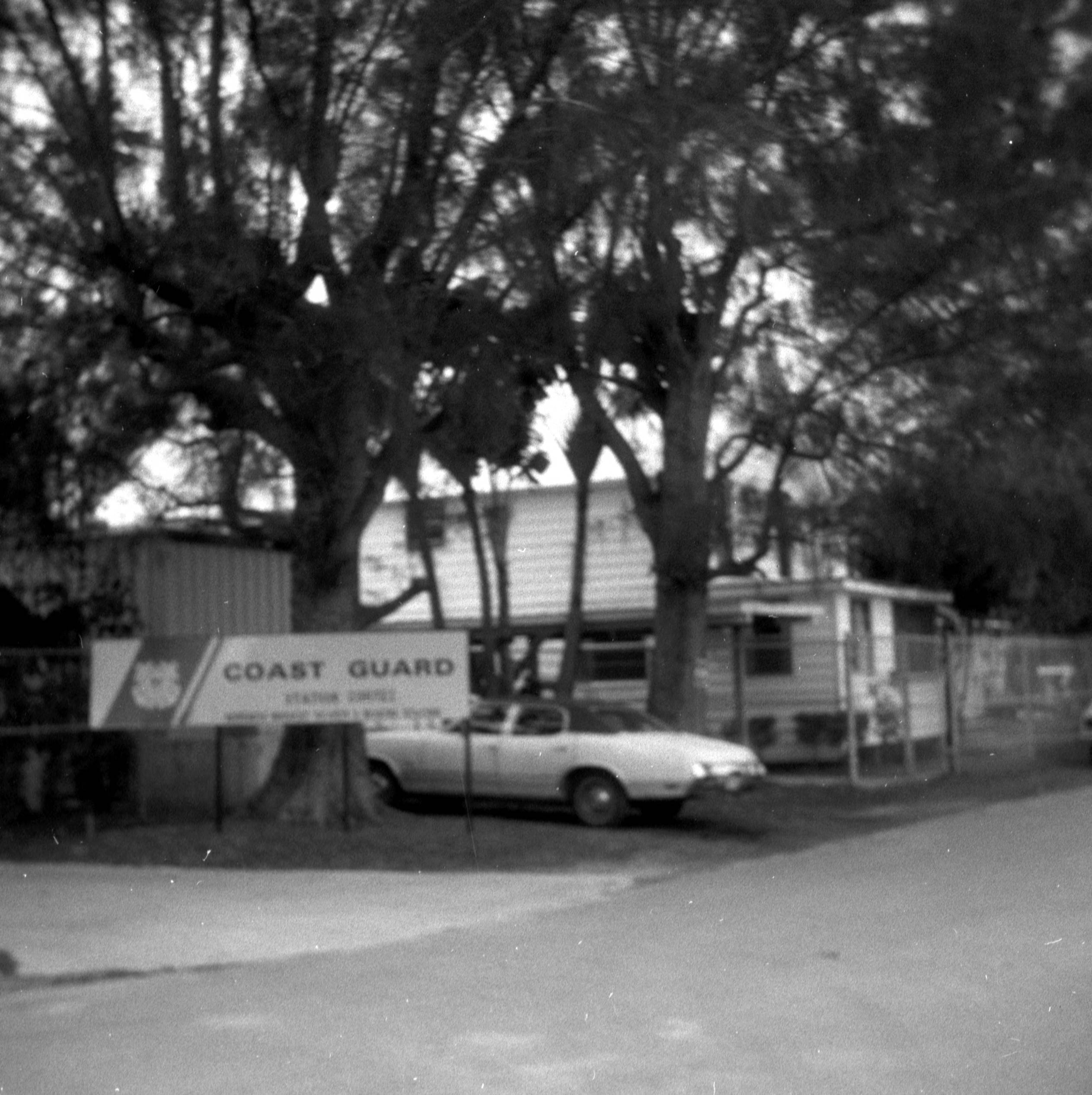 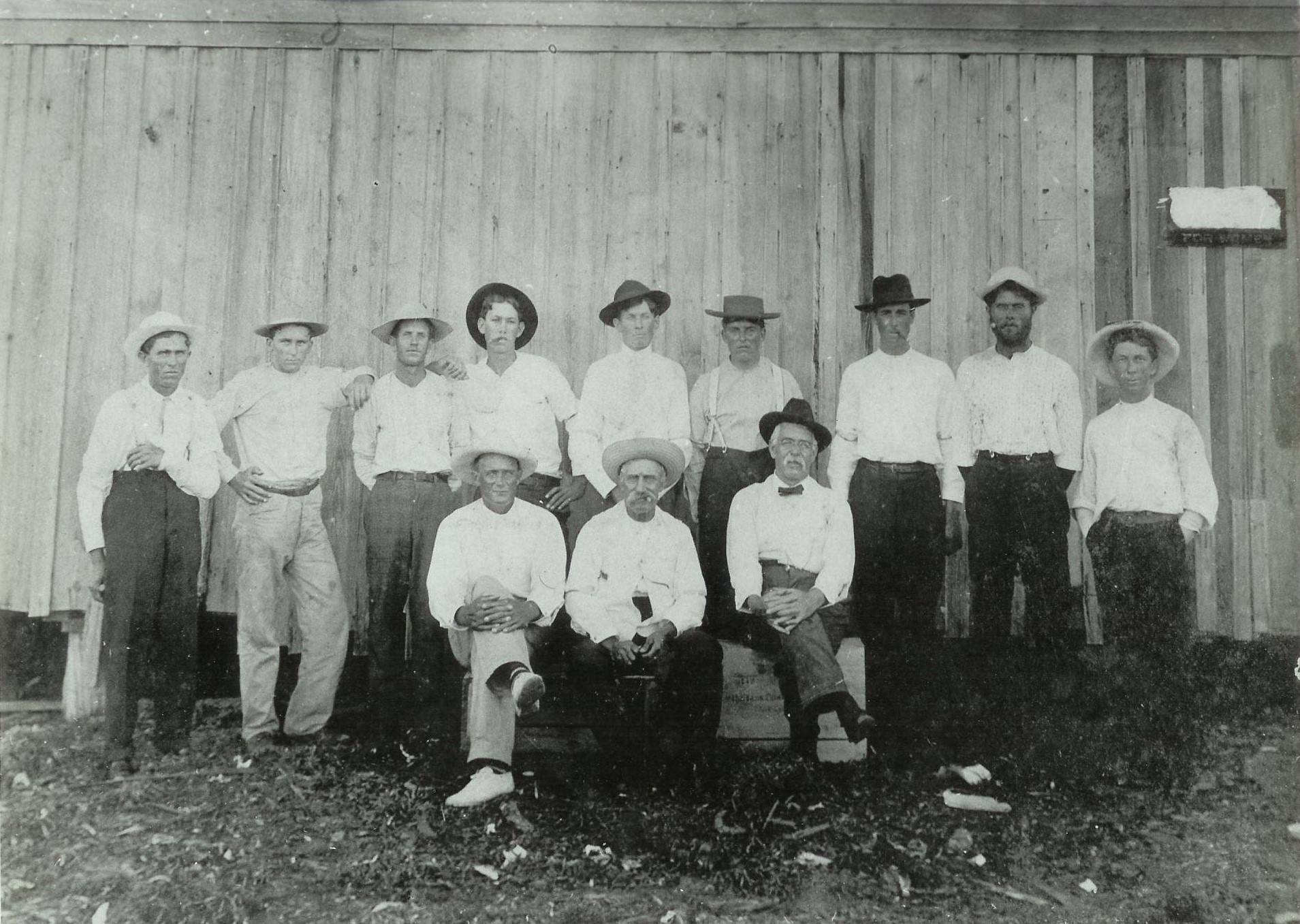 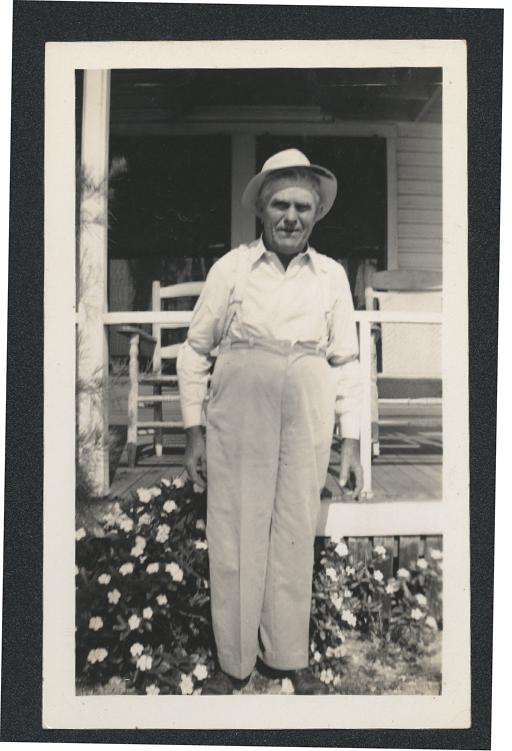 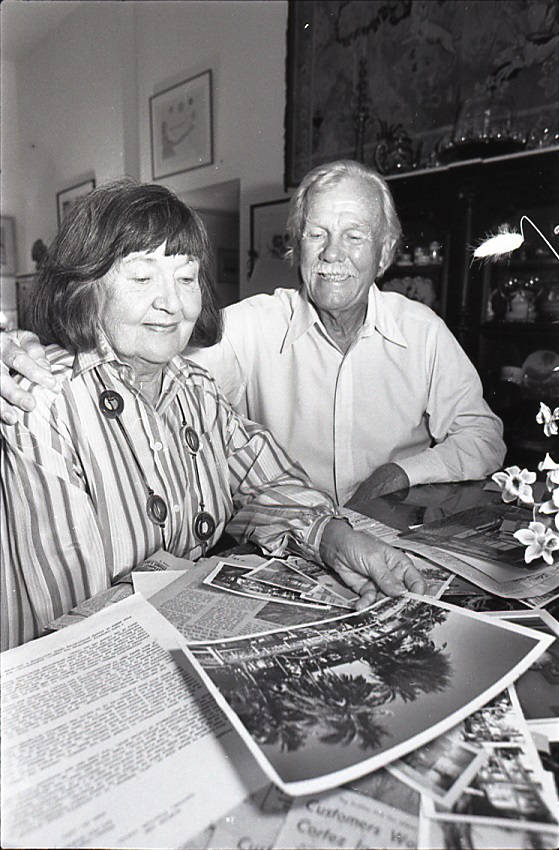 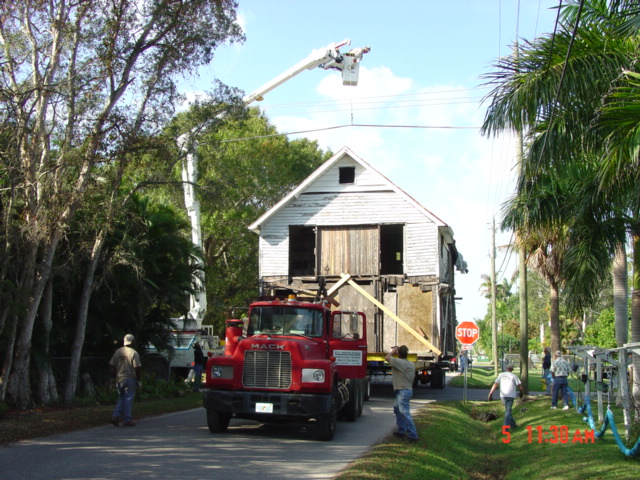 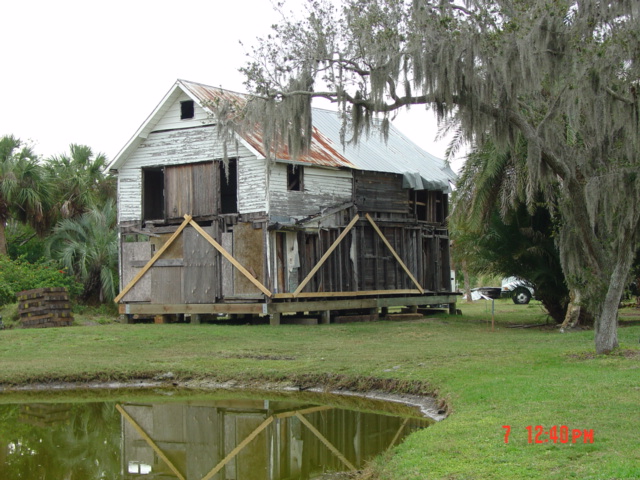 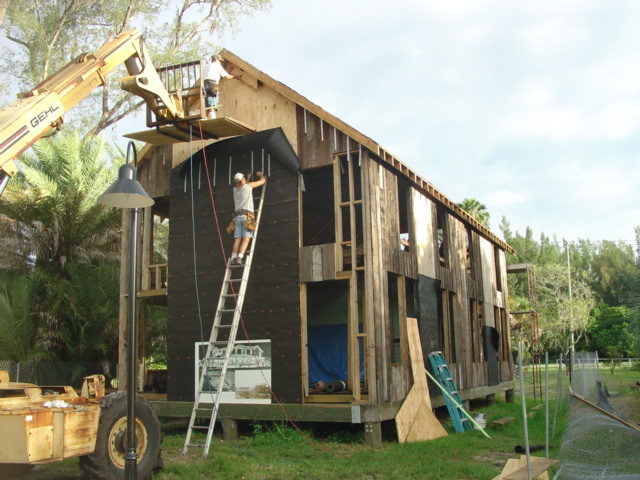 One of the early families to settle in Cortez, the Brattons, came from Peoria, Illinois in the 1890s. William and Louisa Bratton are credited with digging the first artesian well in Cortez, and for donating land for the town’s first church building. They also built up what became known as Bratton Dock, which eventually included a barbershop, a machine shop, a grocery, a hardware store, and a soda fountain.

One building on the dock was rented for a time by Jesse Burton, who ran a general store there. In 1901, the Brattons added bedrooms on to the existing store structure, creating the Albion Inn. The Brattons moved away from Cortez in the early 1910s, selling the Albion Inn to the Cheatham sisters. Even after the Brattons and Burtons were no longer the proprietors, the names Bratton Dock and Burton Store remained.

The Albion Inn served as a hotel for nearly 70 years, changing hands several times during that period. The Cheatham sisters sold the inn to the Edney sisters, who later gifted it to Albert “Joe” Guthrie and Bessie Edney as a wedding gift in 1912. Joe and Bessie ran the inn for about 30 years, during which time it was a center of Cortez community. The hotel had the first telephone in town as well as the first radio. Local girls would visit the inn to listen and dance to the music played on the radio.

During their time as owners, the Guthries added 24 bedrooms to the inn. The dining room was open to the public and served stone crab and fish caught in Cortez as well as turkeys, ducks, and chickens that Joe raised. Joe also made his own home brew at the hotel in the 1920s and 1930s. The inn catered to sports fishermen and Joe Guthrie had several charter boats to take guests out fishing.

The Guthries eventually sold the inn in the late 1940s to Andrew and Mary Spolata of Chicago. They owned it for only a few years before it was purchased by August and Ellen Antilla in 1952. The Antillas revived the old inn, providing it with much needed renovations for the 20th century. They added 14 bathrooms and improved upon the basic electricity.

Today, the Burton Store is part of the Florida Maritime Museum. It has been renovated and the first floor serves a venue for the museum’s Folk School classes. These hands-on classes teach traditional skills and crafts such as net mending and soap making. They are also a place to share stories, build community, and grow appreciation for Cortez and maritime history.