Originally built in 1916 as the Mission Theater, the Luna Theater has been a center for entertainment and recreation for over a century in Clayton, New Mexico. Founded by Morris Herzstein, the Herzstein family offered numerous films for moviegoers and held social events at the theater for the Clayton community. During the Great Depression, the Herzstein family sold the theater to Gibraltar Enterprises, and in 1935, the theater was renamed as the Luna Theater. The theater continued to show movies and play an active role in the life of the community. In 2007, the Luna Theater was listed on the National Register for Historic Places for its contributions in providing entertainment to the Clayton community. Today, the theater is still in use for community activities and social gatherings.

The Luna Theater: The Center of Entertainment in Clayton, New Mexico 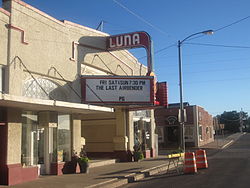 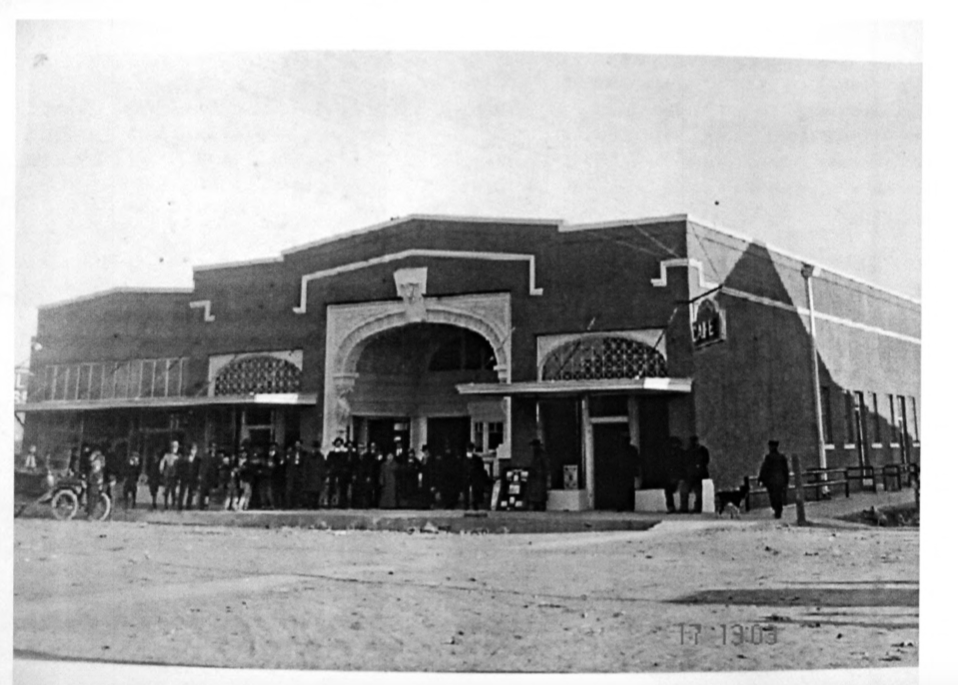 After losing his mercantile store to a fire in 1915, Morris Herzstein, was who a rancher, merchant and financier from Germany, saw the economic potential of investing in a movie theater, and eventually, he redeveloped his property to include both a store and a theater. In 1916, the Mission Theater was opened to the public. The theater resembled other commercial buildings with the adjacent to the mercantile store immediately to the east and a long brick wall extending along Central Avenue, but the theater distinguished itself from other buildings in Clayton with its striking symmetrical facade and aping entry with its ornate vaulted ceiling.

Soon, the theater quickly became the center for entertainment and recreation for the Clayton community. The theater was a family effort with Morris Herzstein running the theater and his sons working as ushers. The theater offered several film showings a week. One of the most popular types of films that were shown in the theater were boxing matches that were filmed and marketed to the theater. Other social gatherings and events that were held at the theater were free Christmas matinees for children, a visit from Santa Claus, and recitals performed by pioneering recording artists. In the basement of the theater, there is a ballroom area where dances and local benefits were held.

As the United States entered in the Great Depression, many movie theaters were beginning to close down. In 1935, The Herzstein family sold the Mission Theater sold to Gibraltar Enterprises. Gibraltar Enterprises was a group of theater owners from the Rocky Mountains who created a small movie chain of independent owners capable of gaining leverage in the distribution of films through a network of small theaters.

After spending two weeks remodeling the theater and replacing the seats, carpeting, sound projector, and lighting Gibraltar Enterprises opened the theater and renamed it the Luna Theater. One of the Luna Theater's new design features is the wall-mounted sign that rises above from the theater's entrance where a neon lunar face also appears and extends as an inverted L, bearing the name “Luna." This sign makes the theater stand out amongst the other buildings in Clayton. The first film shown in the Luna Theater when it opened was Shirley Temple's The Little Colonel. The opening of the Luna Theater was such a popular successful that employees had to turn people away because the theater quickly sold out of seats. The theater continued to show movies and play an active role in the life of the community.

Eventually, in 2007, the Luna Theater was listed in the National Register for Historic Places for its contributions in providing entertainment and recreation to the Clayton community. Currently, the theater still continues to be a place where people of Clayton can attend social gatherings and events being held at the theater. The theater's listing on the National Register for Historic Places is one step closer in better preserving the theater's historic character.