This is a contributing entry for Water Quality and only appears as part of that tour.Learn More.

The New Orleans area faces a number of water quality challenges typical to urban areas including flooding, non-point source pollution, and pollution of rainwater entering Lake Pontchartrain. As the majority of the New Orleans lies below sea level, the drainage system relies on pumping the stormwater into drainage canals and directly into Lake Pontchartrain. Contaminated rainwater runoff is a major contributor to the lake’s water quality. Harmful pollutants entering the lake through rainwater include bacteria, nutrients, and metals; which can affect flora and fauna species as well as boating, fishing, and swimming in the lake. Although New Orleans operates a Municipal Separate Storm Sewer System (MS4), sewage, oil/gas, and nutrients from fertilizers are continuing pollution sources entering the lake. Consequently, New Orleans’ canals are on EPA’s Impaired Waterbodies List for dissolved oxygen and fecal coliform bacteria. The Louisiana Department of Environmental Quality (LDEQ) has placed Total Maximum Daily Loads (TMDLs) on the New Orleans canals as a method to get them off of the Impaired List. 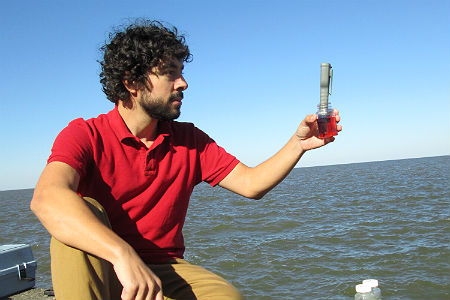 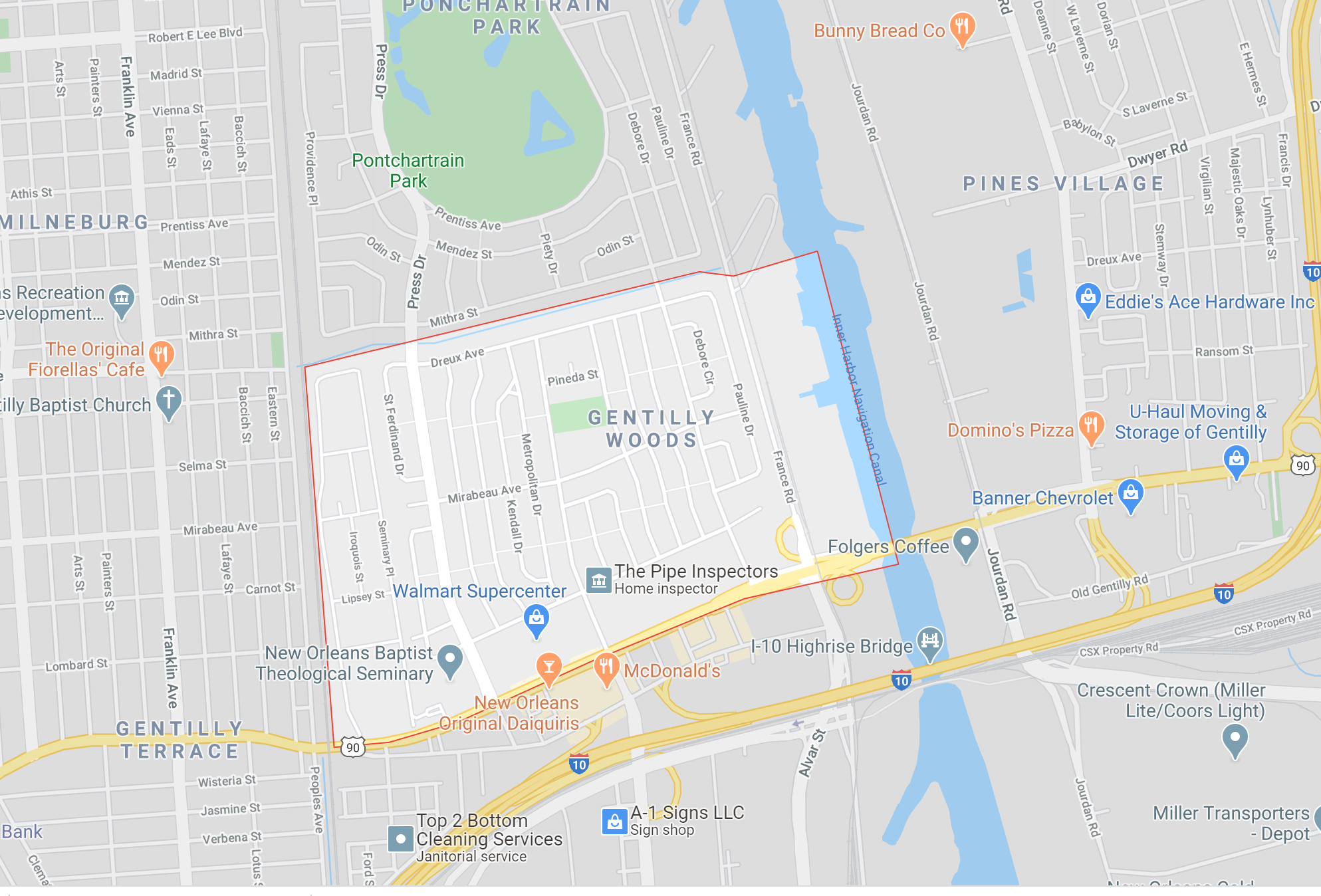 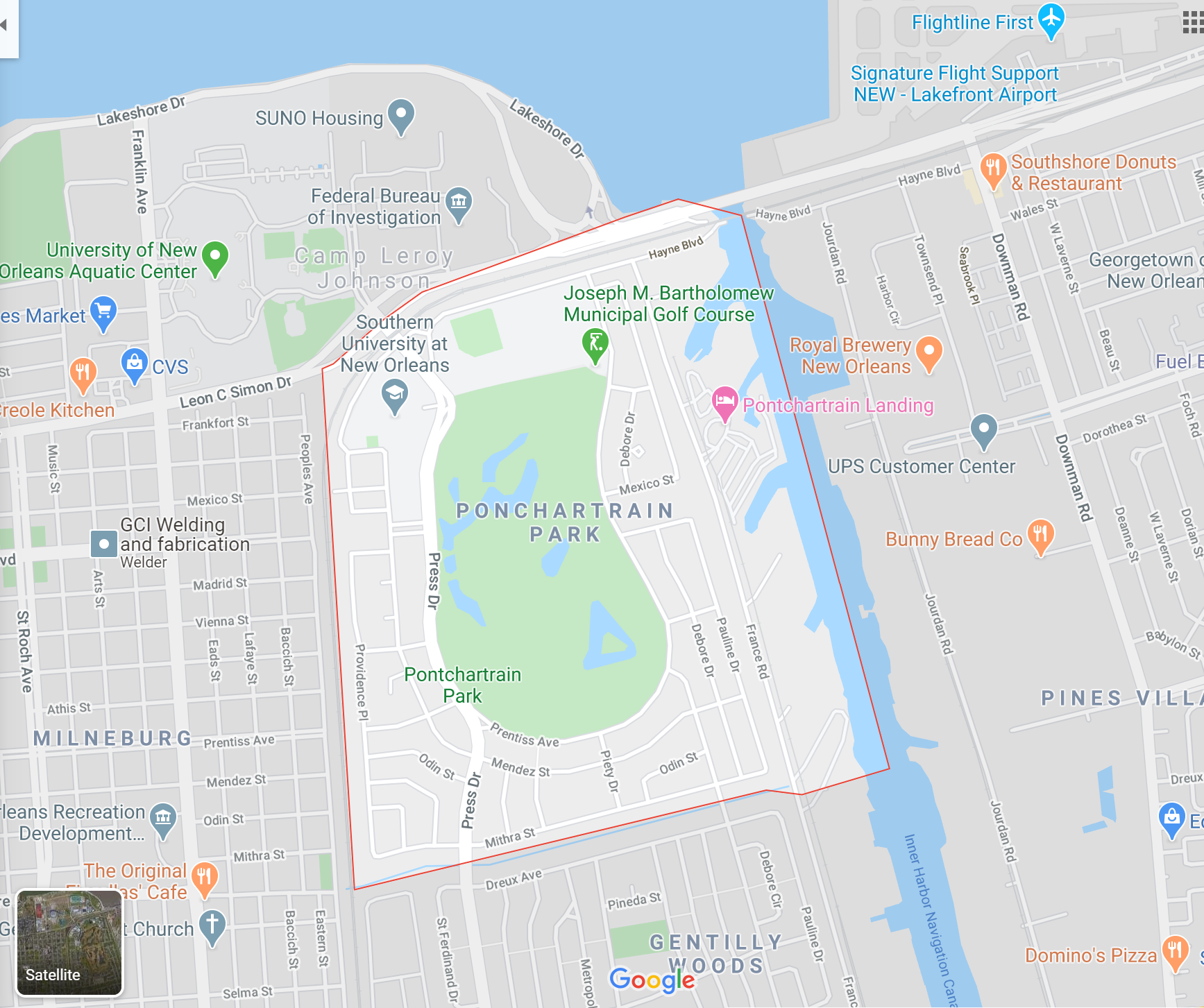 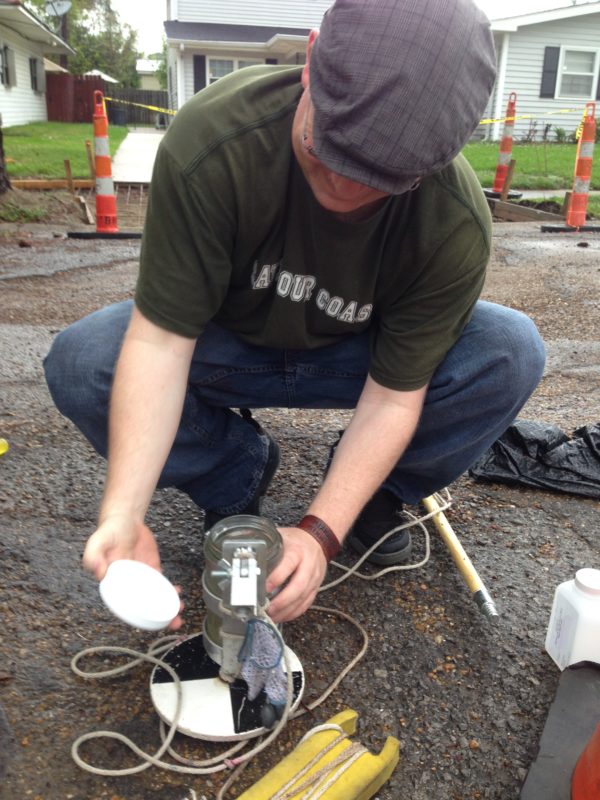 To help address the pollutants in New Orleans’ rainwater, LPBF’s Water Quality Department has partnered with the Sewerage and Water Board of New Orleans (SWBNO), New Orleans Redevelopment Authority (NORA), the Louisiana Urban Stormwater Coalition (LUSC), and Dana Brown and Associates (DBA) (Link) to monitor rainwater in the “Pontilly” Neighborhood (composed of the Pontchartrain Park and Gentilly Woods neighborhoods). Through an Urban Waters Small Grant (EPA) received by SWBNO, the partners are monitoring rainwater for bacteria, nutrients, metals, and other parameters before and after the installation of Green Infrastructure (GI)  at several sites in the Pontilly neighborhood. The GI installation will consist of vacant lots and other areas where rain gardens, swales, and other natural features will be installed to slow rainwater. This will allow the plants to naturally clean the water and some rainwater to percolate into the ground. Rainwater will then be released into the drainage system and ultimately Lake Pontchartrain cleaner.

Currently, the partners have begun the project and are monitoring the water quality pre-construction of the GI features to assess baseline conditions. After the GI features are installed and have a chance to grow we will come back and monitor them again to see how efficient they are at cleaning stormwater. The project will also engage community volunteers (Rain Rangers) to monitor important visual characteristics of the stormwater runoff. The expected results are that the quality of rainwater runoff into the drainage system will improve and the quantity of runoff will be reduced as the GI sites are implemented. The ultimate goal of this project is to find effective ways to aid the New Orleans area drainage system and clean water discharging into Lake Pontchartrain!