Under the Spanish & Mexican flags, Alta California’s economy was based primarily on the hide & tallow trade and cowhides were known as “California banknotes." The hides were shipped around the horn of South America to England and New England, where they were made into saddles, boots, luggage, and other leather goods. The cow fat, or tallow, was rendered in iron cauldrons (or try pots), and the process was called "trying." Tallow was used domestically in the manufacture of candles and soap. Incorporating the site’s history into his landscape design, Cornell placed Temple’s try pot (which was unearthed during the renovation) in Avis Bixby’s cutting garden as a unique sculptural element. This storied focal point is a tempting photo opportunity (as it was when Llewellyn Bixby’s grandchildren visited in the 1930s), but the iron try pot is in fragile condition, so please do not let anyone climb inside. The City moved Temple’s try pot to its current location several decades ago. 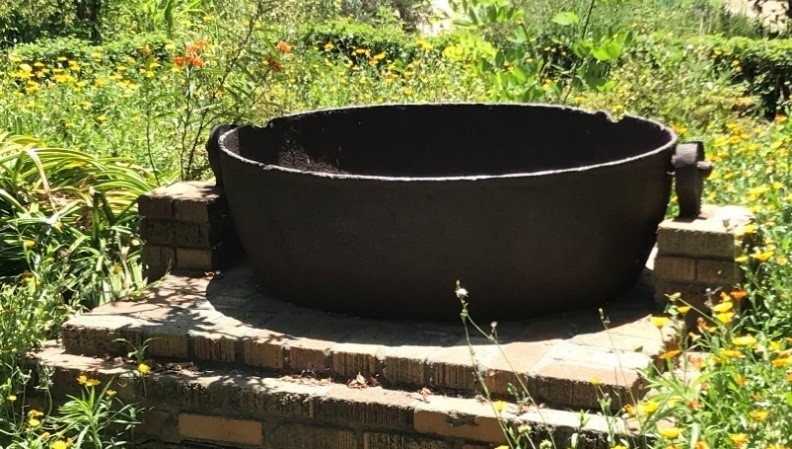 A Bixby grandchild poses in the trypot (1930s) 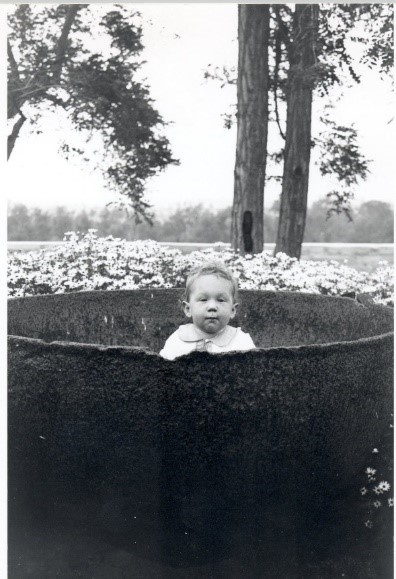