Kentucky's Harlan Hubbard Studio and Nature Preserve opened in 2017 following the restoration of the Depression-era artist's studio known originally as Payne Hollow. Operated by the Fort Thomas Forest Conservancy, the site provides environmental education opportunities, arts and craft classes, and information about Kentucky artist Harlan Hubbard. Hubbard was known for his American Romantic painting style and his isolated lifestyle as illustrated in his 1974 book "Payne Hollow: Life on the Fringe." Hubbard’s art and life were inspired by a love of nature and the works of transcendentalist Henry David Thoreau and impressionist Claude Monet. Hubbard's studio was constructed in 1938 and he lived there with his wife for four years before leaving by shanty boat to explore the Ohio and Mississippi Rivers. The Hubbards would later return to Payne Hollow studio where they lived for thirty-four years.

The Hubbards' Home at Payne Hollow 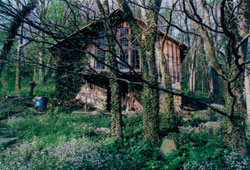 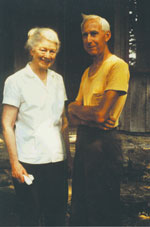 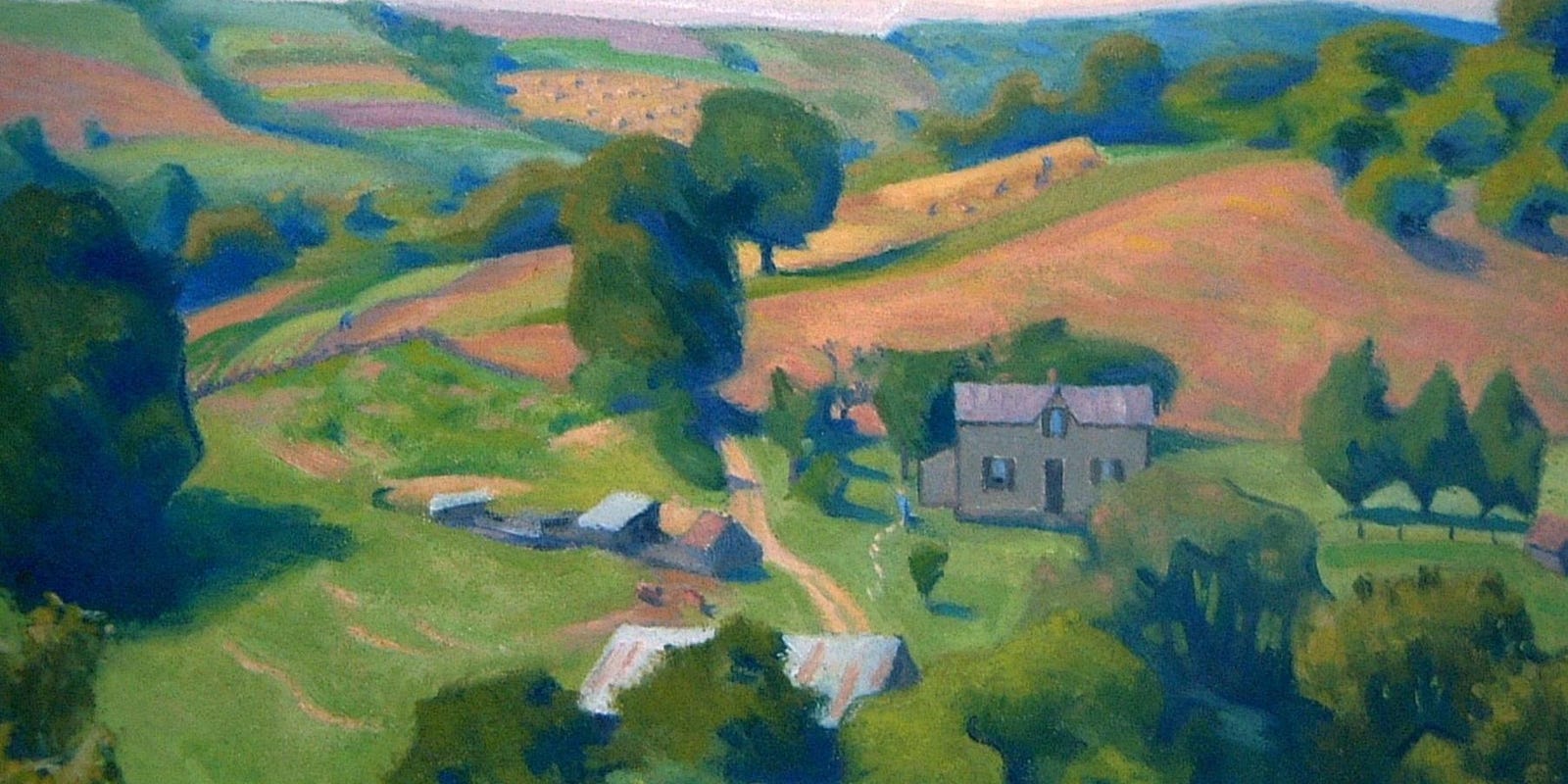 The Harlan Hubbard Studio and Nature Preserve is run in honor of Harlan Hubbard’s legacy as an artist and naturalist. Hubbard was a Kentucky native known for his American Romantic painting style. While attending school at the National Academy of Art in New York City and later at the Cincinnati Art School, Hubbard began to find inspiration in the work of impressionist, especially Claude Monet. Hubbard became a fan of Henry David Thoreau’s writings on nature and philosophy and would later be referred to as “Kentucky’s Thoreau.”

Inspired by nature, Hubbard left city life and built this studio in Fort Thomas, Kentucky in 1938 which they would come to call Payne Hollow. Hubbard and his wife Anna Hubbard resided and worked in the studio while Hubbard’s mother lived in the home he built on the property. After just four years in the Fort Thomas Studio, Harlan and Anna left the property on a shanty boat. The two sailed down the Ohio and Mississippi Rivers for several years before returning to their studio.

The one room studio offered no modern amenities and the pair chose to keep their home off the grid as a way of feeling closer to nature. The couple lived off of their land 34 years and had goats and a garden. They canned their own crops and scavenged for lost items in the river. College students and fellow artists would occasionally come visit Payne Hollow where the Hubbards would give tours of their home. Published in 1974, Hubbard’s book Payne Hollow: Life on the Fringe details his lifestyle and philosophical views on connecting with nature.

Hubbard’s work blended the American Romantic style with that of the Impressionists. Most of his paintings feature the Ohio River or Kentucky’s mountains and rolling hills. Those interested in Hubbard’s work can view a collection featuring over 60 pieces by Hubbard at the Behringer-Crawford Museum in Covington, KY. A collection of Hubbard’s work can also be found at the University of Kentucky’s art museum in Lexington. Hubbard was awarded the Governor’s Aware as recognition of his major contributions to art in Kentucky.

Today, The Harlan Hubbard Studio and Nature Preserve helps to preserve the legacy of Harlan Hubbard. Run by the Fort Thomas Forest Conservancy (FTFC), the studio was restored and added to the National Register of Historic Places in 2016. Throughout the restoration project, the FTFC kept the studio free of electricity and running water to preserve the authenticity of the Hubbard’s lifestyle. In 2017 the studio began to open to visitors. The FTFC offers open houses, craft events, and educational events focused on teaching visitors about the Hubbards and the importance of conservation. There are plans for writers groups and artists retreats to eventually be held at Payne Hollow.