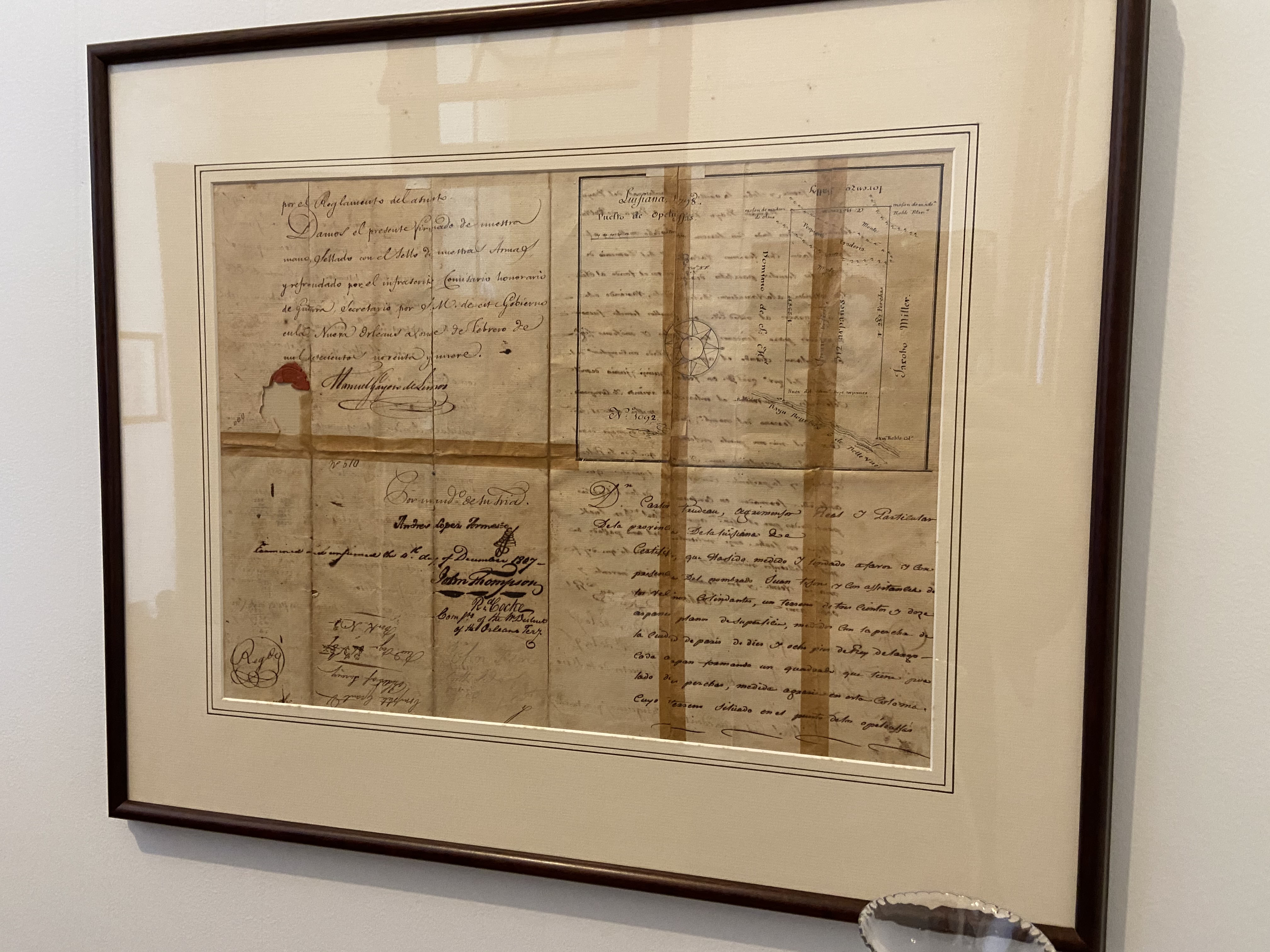 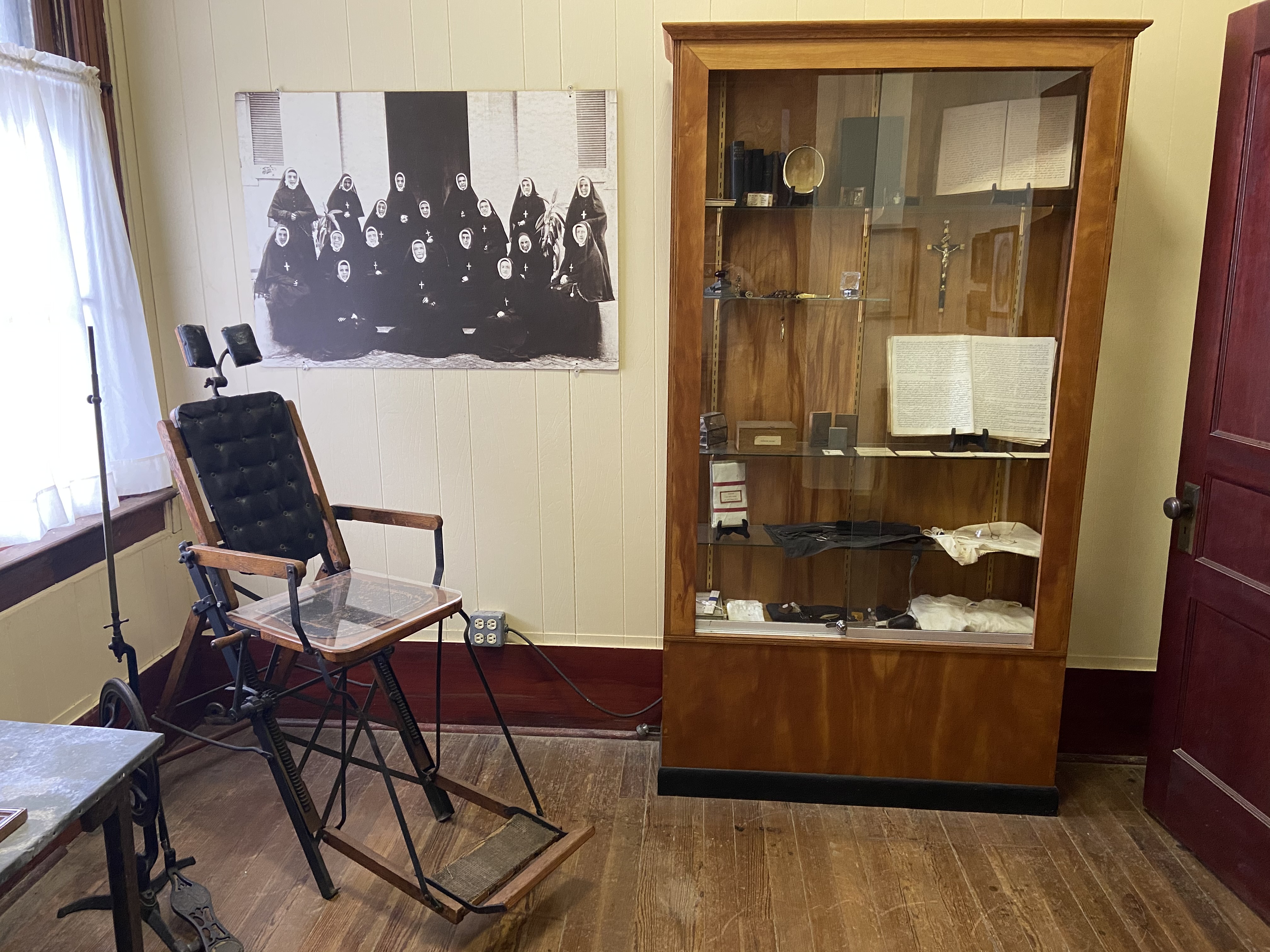 Mother Eugenie Aude served as the school's first Mother Superior. As more Religious of the Sacred Heart arrived and students enrolled, the foundation began to thrive. In addition to teaching young girls, Grand Coteau housed a novitiate to teach and train young nuns entering the order. In 1825, another foundation, St. Michael's, was planned in St. James Parish and Mother Aude left to begin the third Academy established by the Religious of the Sacred Heart in America. 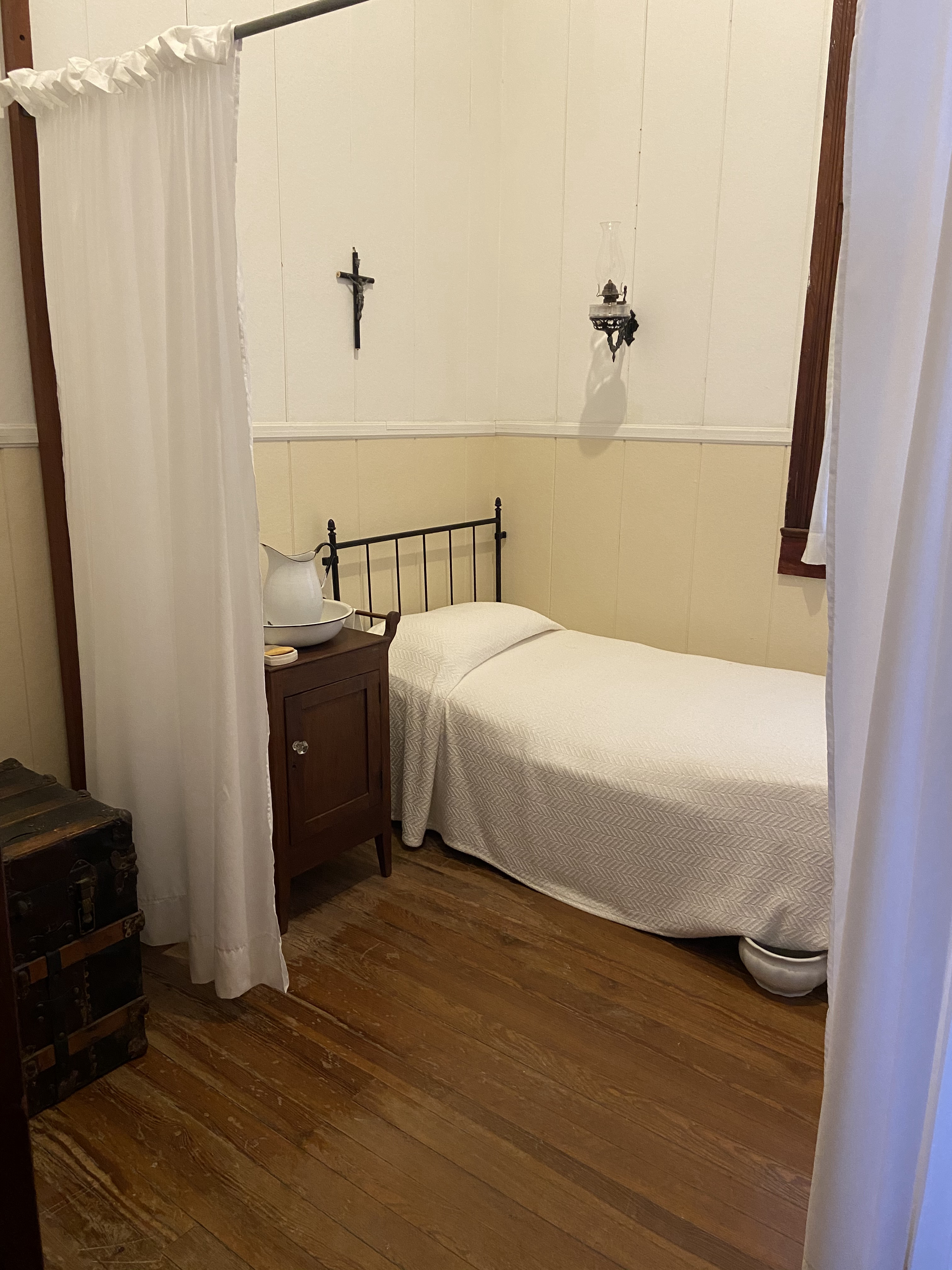 Most pupils lived at the school and were taught and cared for by the Sisters. Boarding students were accommodated in large dormitories with alcoves. Because of the remote location of Grand Coteau and the length and difficulty of travel during this time, most students would only return home once or twice during the school year. 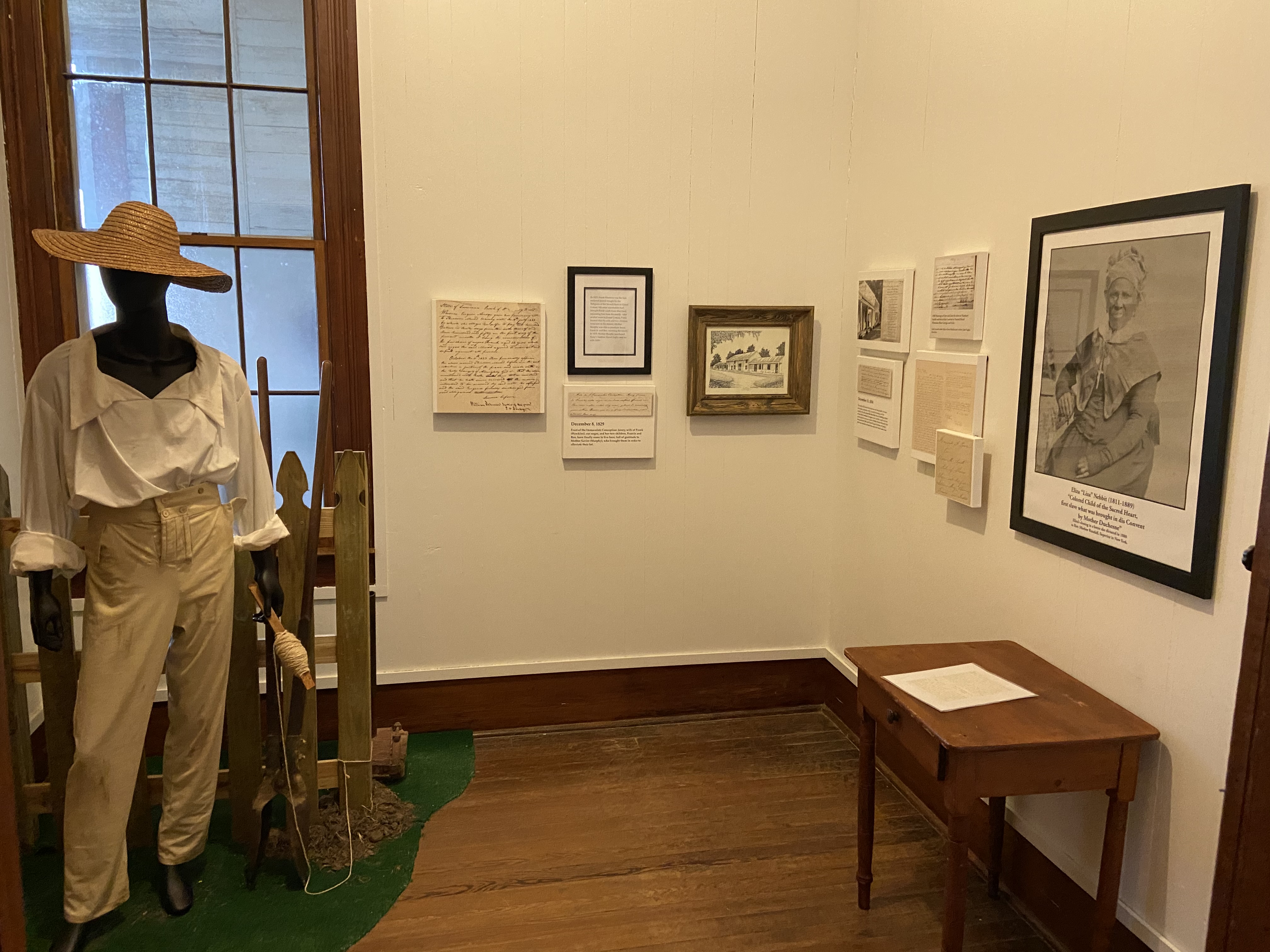 From the website of the Religious of the Sacred Heart: "Along with bishops, priests, the Jesuits and most of the families of their students, the communities of the Religious of the Sacred Heart, from the time of Philippine until the Civil War, owned, bought, and sold enslaved persons in the slave states of Missouri and Louisiana. Enslaved persons helped build the buildings, make the bricks, and sustain the foundations. They worked side by side with the sisters, taking care of the children, cooking, washing, and gardening. ...In the fall of 2016, the provincial team constituted a committee with a mandate to focus on the Society’s role in racism and slavery, The Committee on Slavery, Accountability, and Reconciliation. The provincial team wanted to uncover the truths of people’s stories, to honor their memories and heal relationships. The Committee understood that its work would be important in moving the conversation about slavery and racism forward to effect change and to be a positive contribution to the larger conversation around race and social justice in the world we live in today." 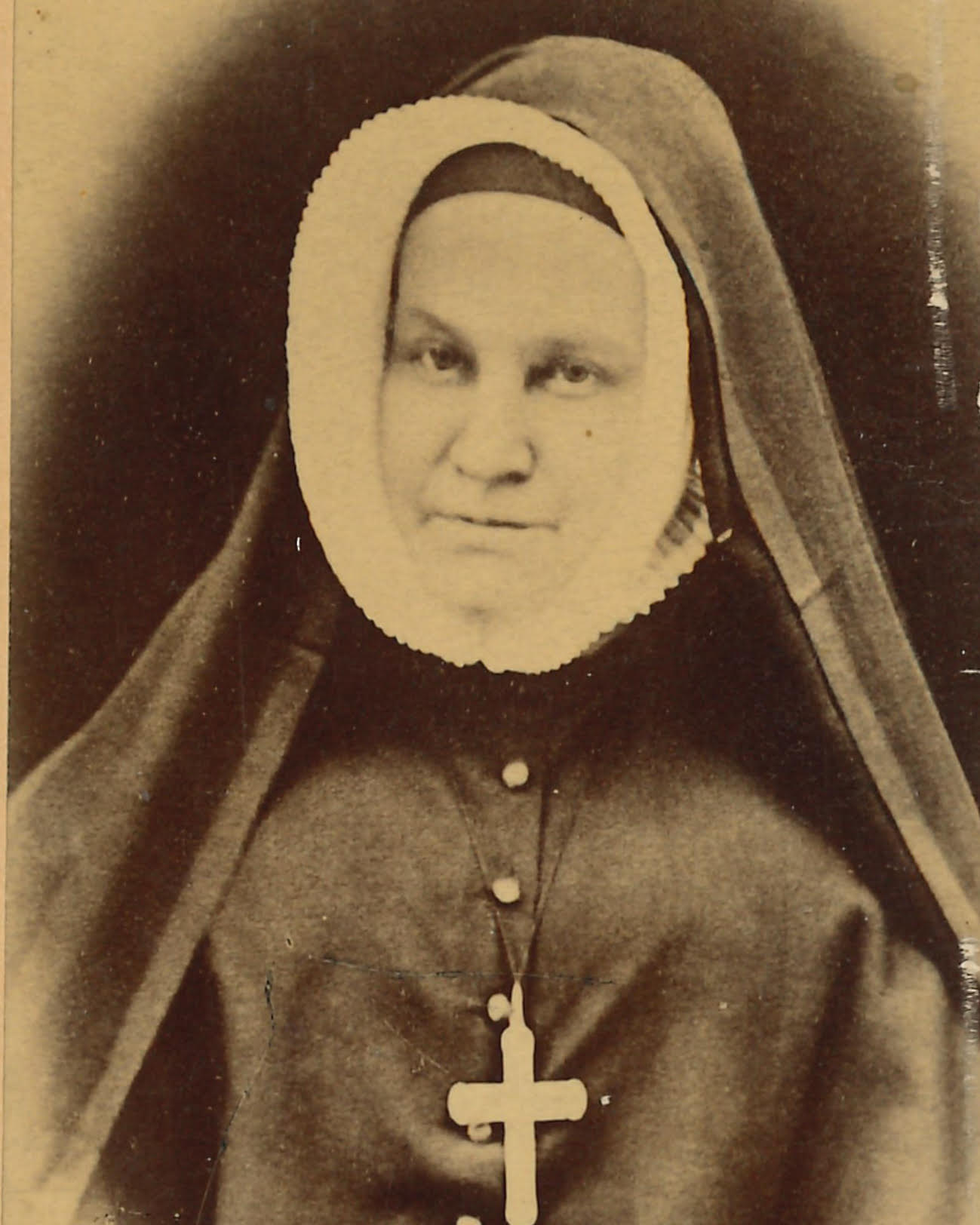 Amidst uncertainty and surrounding dangers, the Academy remained safe and operational during the years of the Civil War. 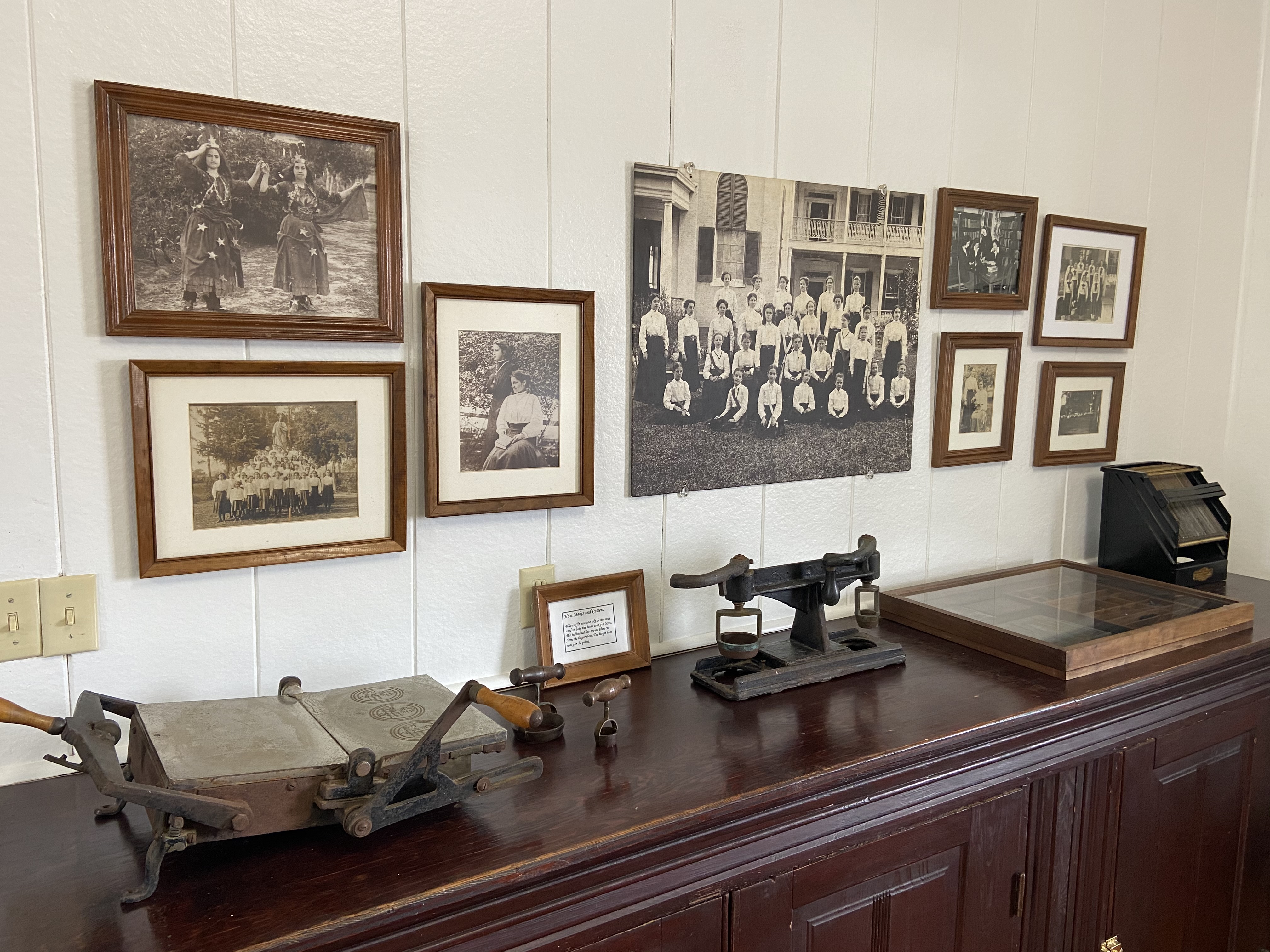 Large room: Life at the Academy

The Sisters navigated cholera and yellow fever outbreaks, natural disasters, fires, and the economic hardships of Reconstruction. All the while, life at the Academy of the Sacred Heart continued. Boarders and day students came and went, young women joined the order, and additional foundations were established around the country. In 1875, the Religious began a school for African American girls on the grounds. They opened with 16 pupils. Eventually, they were able to build a new school in town which was named the Free School for Black Girls and Boys (and would later become St. Peter Claver's School). In addition to this, in 1890 the Sisters began the Sacred Heart Parochial School, now St. Ignatius. 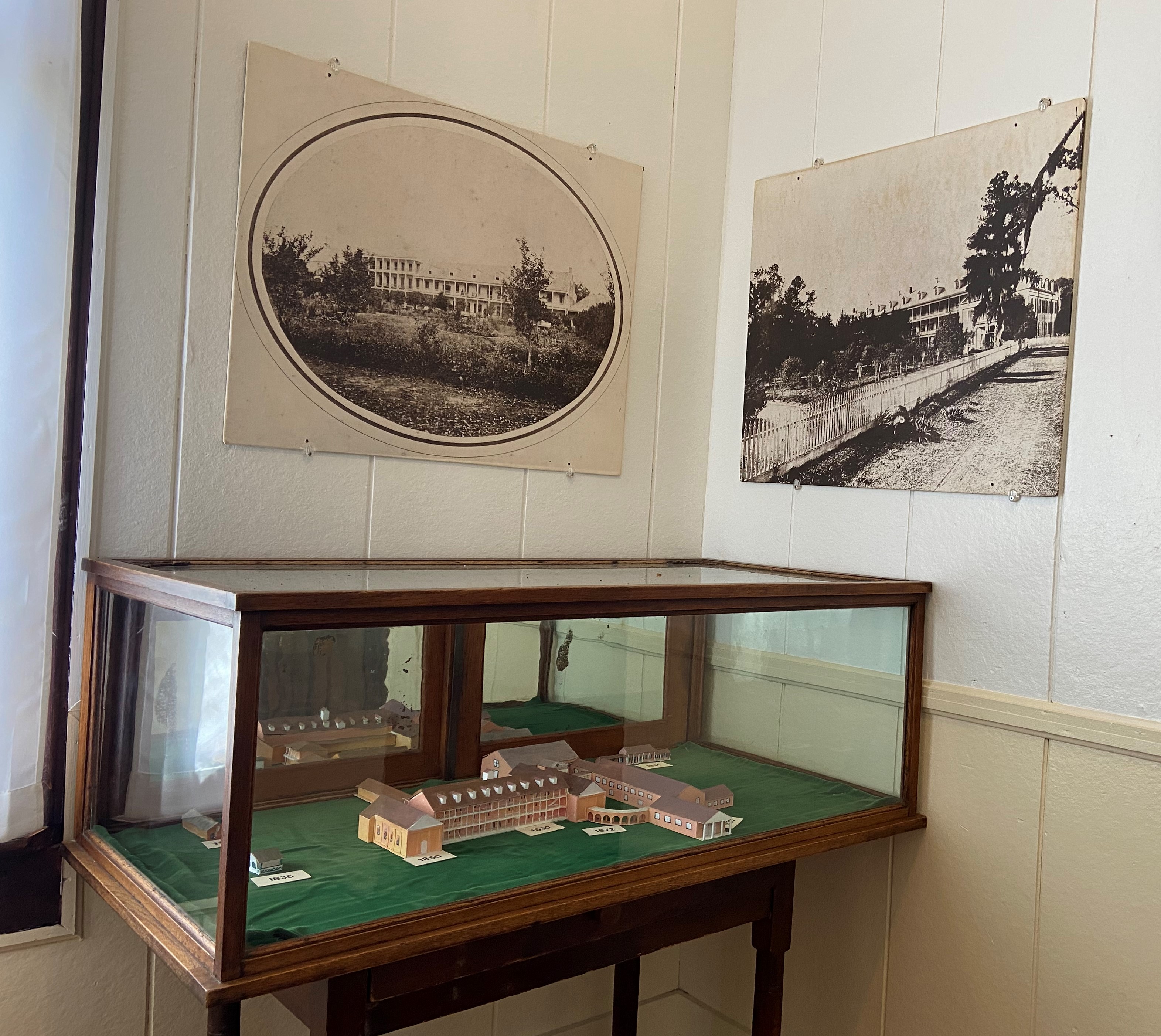 When the original house became too small for the growing number of both students and religious, construction began on the new brick building in 1830. In the years following, additions and improvements were made to this main building. A cemetery for the religious community was begun. Gardens were planted. Barns, kitchens, chapels, and residences were built. 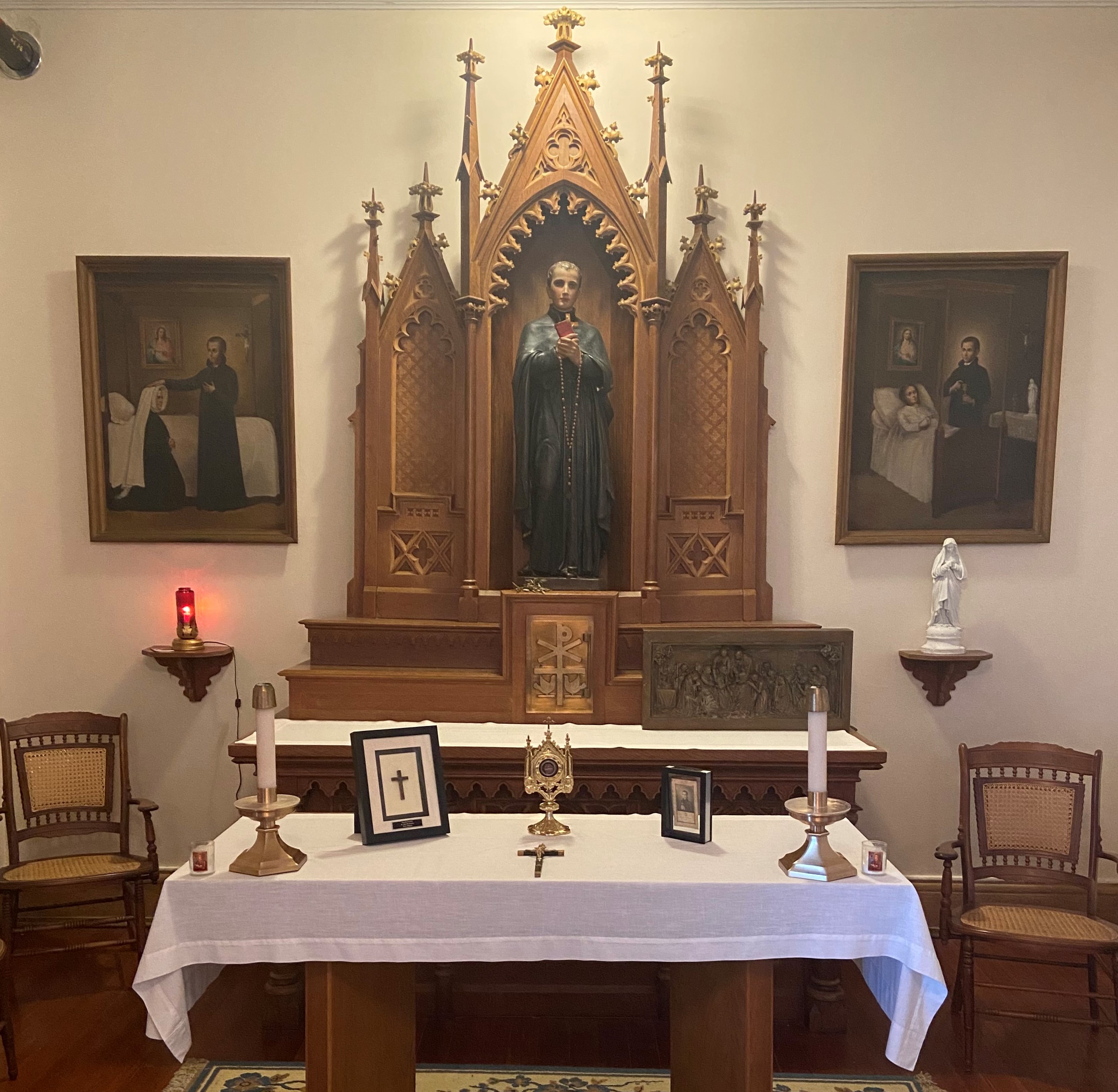 The spiritual history of the Academy of the Sacred Heart is rich and deep. Saint Philippine Duchesne, RSCJ, was instrumental in the convent's founding and visited the school in both 1822 and 1829. Venerable Cornelia Connelly, of the Society of the Holy Child Jesus, taught music and lived on the grounds in the 1840s. And in 1866, John Berchmans, a young Jesuit born in Belgium in 1599, appeared to a dying novice of the Religious of the Sacred Heart, Mary Wilson. This apparition followed by her miraculous recovery led to the canonization of John Berchmans in 1888. The infirmary, the site of the miracle, was transformed into the Shrine of St. John Berchmans. It is now, and has been for over 150 years, a place of peace, quiet devotion, and pilgrimage.

Le Petit Musée is a museum dedicated to the history of the Academy of the Sacred Heart in Grand Coteau, Louisiana, a Catholic school for girls founded by the Religious of the Sacred Heart in 1821. The museum contains artifacts and photographs of student and religious life throughout the school's 200 year history. The Shrine commemorates the site of the miracle attributed to Saint John Berchmans in 1866 which led to his canonization.