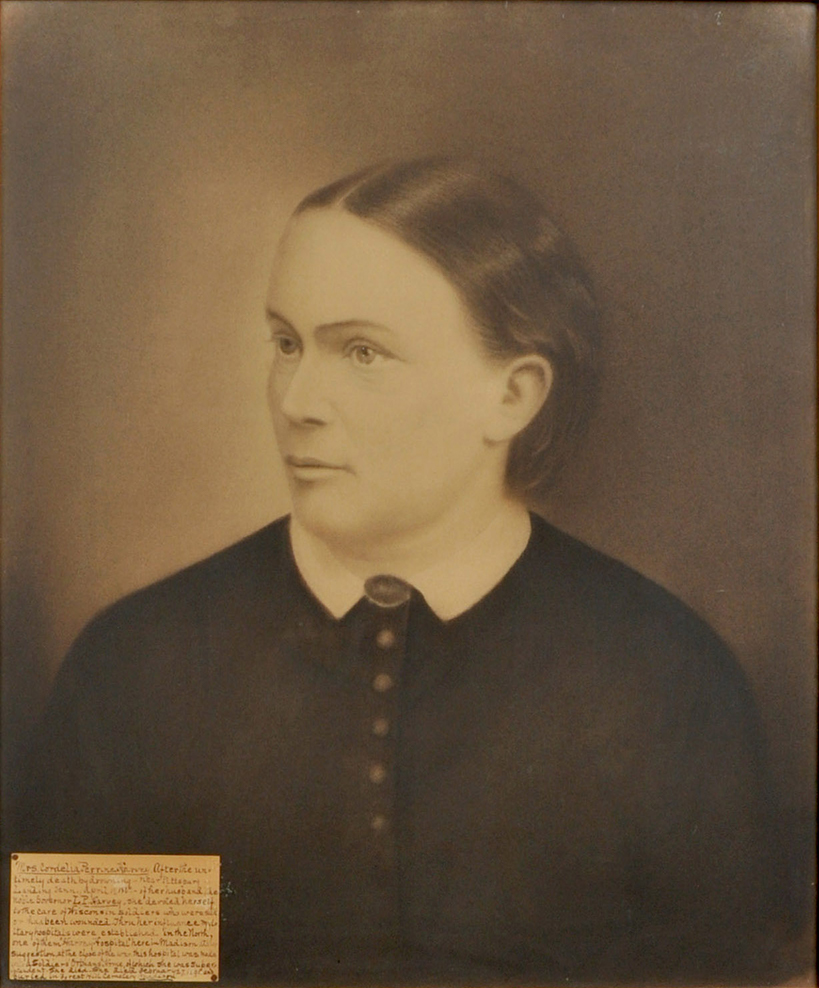 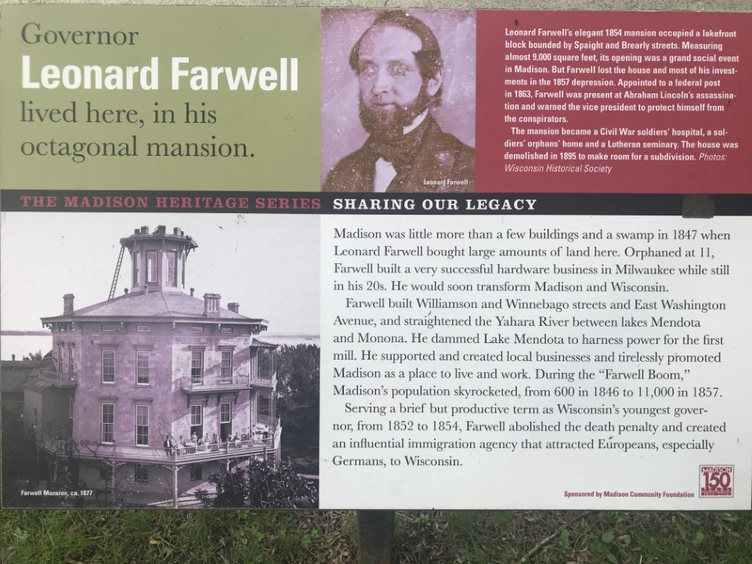 Drawing of Harvey Hospital, Madison, Wisconsin, sent to Mrs. Cordelia Harvey, the first superintendent of the hospital, and of the orphanage that was later established there. In the drawing, the Home is featured with soldiers seated and standing on the porch while civilians walk past. 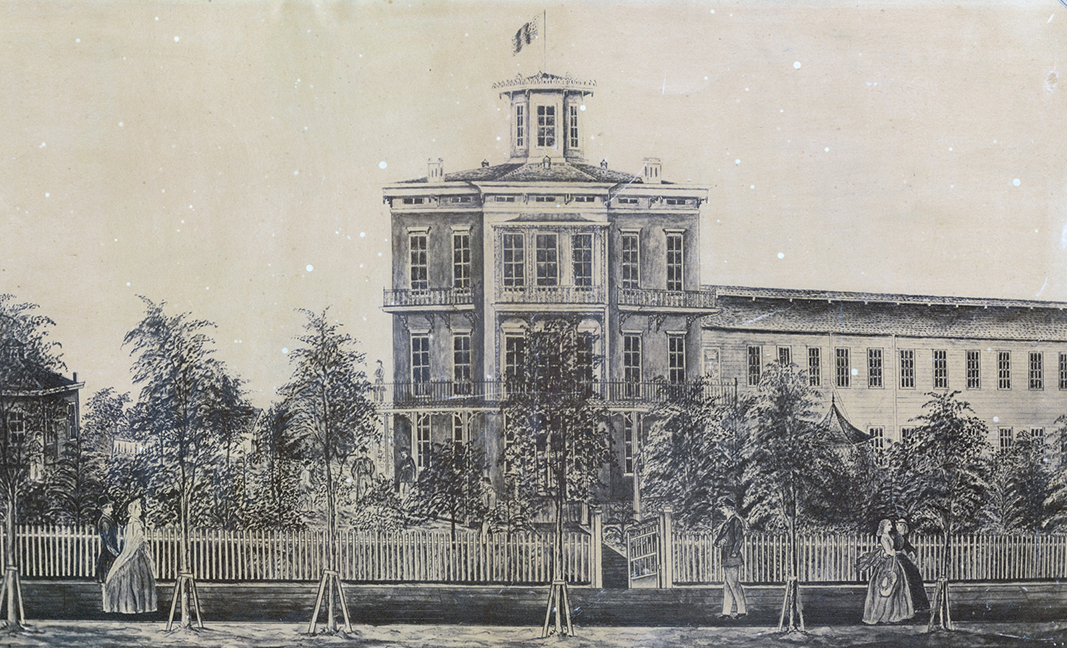 Note from Dr. Culbertson, presenting the drawing to Cordelia Harvey, the first superintendent of the Wisconsin Soldiers’ Orphan’s Home in Madison, given in thanks for her work for soldiers and their orphans. Also indicated is the donation of the drawing to the GAR by Mrs. Harvey’s niece.

Front view of the former site of Harvey Hospital 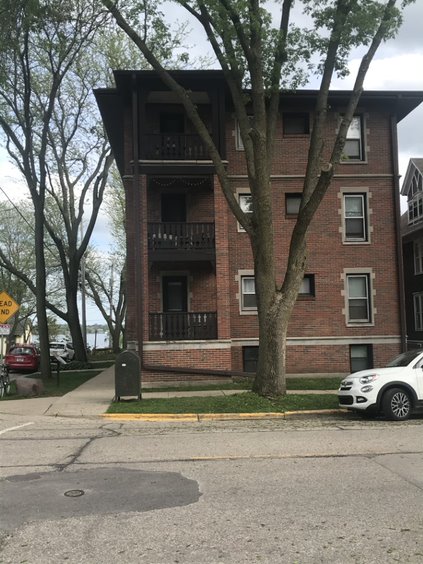 Side view of the former site of Harvey Hospital 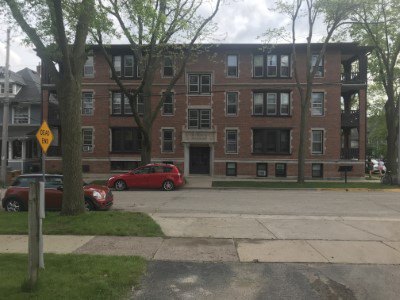 Following Governor Harvey’s untimely death in 1862 (making him Wisconsin’s shortest-serving Governor), Cordelia Harvey took up her husband’s task of advocating for wounded soldiers from Wisconsin to return to the state to convalesce. She was appointed the state sanitary agent in late 1862 and, by 1863, had secured the building on Spaight Street for this exact purpose (President Lincoln backed this project after being personally petitioned by Cordelia). Between 1863 and the end of the Civil War in 1865, more than 630 soldiers recovered from battle in, what was then called, Harvey Hospital.

After the war, it was apparent to Cordelia that the war-orphaned children of Wisconsin needed care. In 1866, through private donations and a state purchase of the land surrounding Harvey Hospital, the Soldiers’ Orphan Home opened. Cordelia was appointed the first superintendent of the home. By the time it closed in 1875, the Soldiers’ Orphan Home cared for and raised 683 children.

The above mentioned historical marker was dedicated in 1908 by the school children of Madison, who were invited to donate between one and five cents toward the cost of the memorial. Attorney General Frank L. Gilbert, a former orphan of the home, was asked to deliver remarks at the dedication ceremony, which was attended by hundreds of Madisonians. The historical marker, on the East corner of Spaight and Brearly Streets, can be visited today.

This short walk through the neighborhood east of the Capitol and north of Lake Monona was settled by German-speaking immigrants in the mid-nineteenth century. The walking tour starts at a former candy factory built in 1901 and continues on to the site of a corner grocery store that served as an anchor for this historic community. The tour continues on to a historic hotel and concludes at a historic marker dedicated to preserving the history of a former hospital.