Image of the main gate at Truax Field, taken during the Cold War. Above a guardhouse is a sign that reads “United States Air Force Truax Field” with a list of units based at the field below the main sign. In the image, a vehicle is marked “Air Police” with buildings and cars beyond the gate. 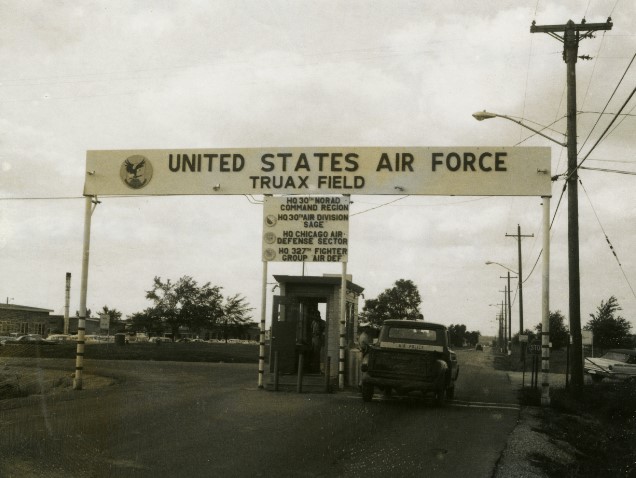 Photograph of a F102 Fighter at Truax Field. 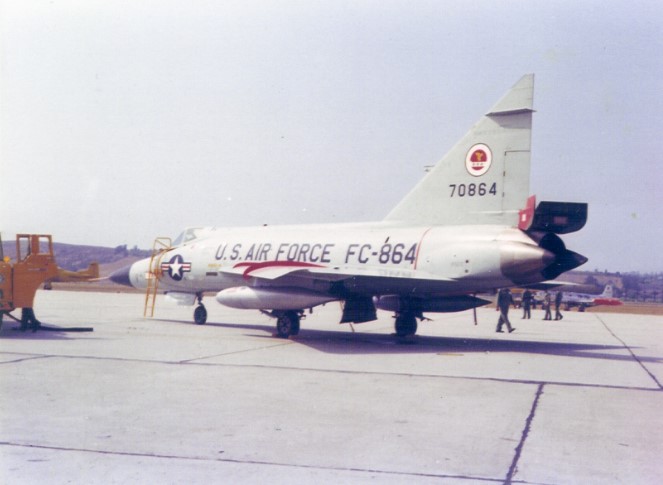 Photograph of a ceremony at Truax Field, featuring Colonel Mace and a Color Guard. Featured in the background of the image are other Air Force personnel and Truax Field. 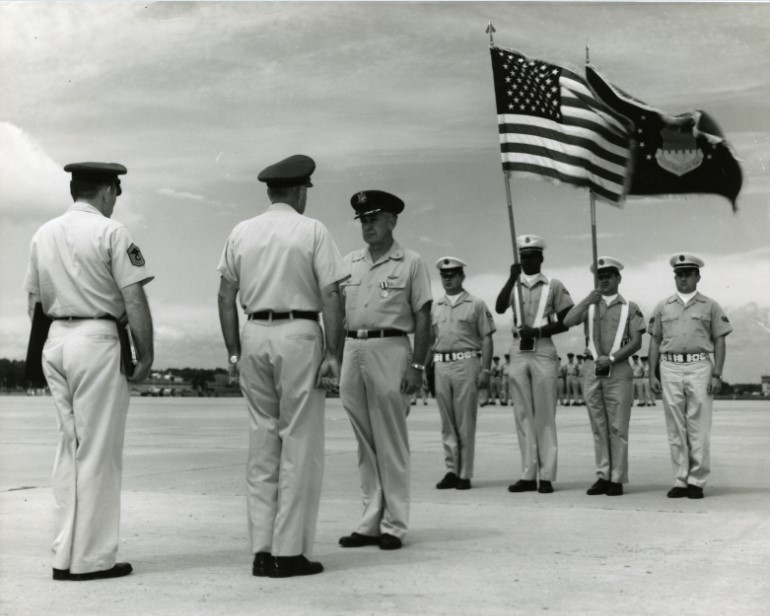 Photograph of an inspection of Air Force personnel at Truax Field in Wisconsin. 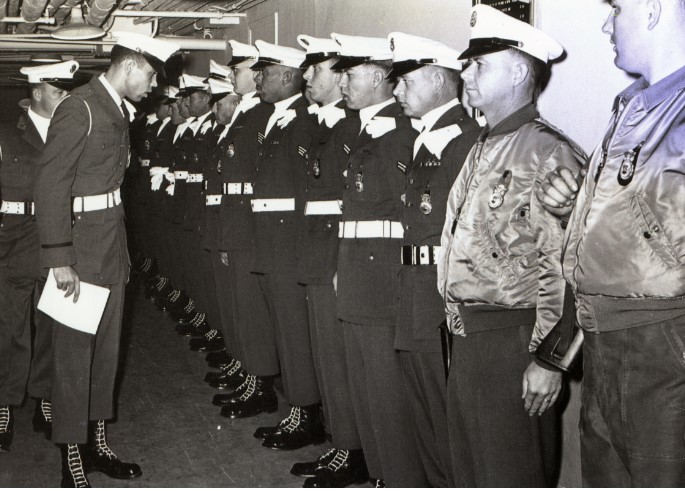 On November 3, 1941, the local newspaper ran an Associated Press article about a young Madison man. His plane had crashed into a mountain near San Francisco at 400 mph. Only a week earlier, 24-year-old, Lt. Thomas L. Truax, Bud to his friends, had evaded death in a training mission that took the lives of two fellow airmen. Lt. Truax had a lot going for him. Having completed his training in the U.S. Army Air Corps, he had earned the rank of First Lieutenant, and had married his wife less than 18 months before the plane crash that took his life. Naming the new air base in his honor seemed the appropriate thing to do.

Lieutenant Truax was not alone in giving the ultimate sacrifice for his country. There were others, other Wisconsin airmen that gave their lives in service to their country. For example, you will find Truax Field located at 3200 Pierstorff Street. First Lieutenant Duane Pierstorff was returning to Madison from navigation training in April of 1958, when shortly after takeoff from Tinker Air Force Base near Oklahoma City, his plane began to vibrate. Trying to avoid civilian casualties, Pierstorff returned to Tinker where he crashed onto the runway. He later died of his injuries. The next year, the Madison Common Council voted to name a new street at Truax in honor of Pierstorff.

The vote was in keeping with a tradition begun in 1945. Post Commander Brigadier General Vincent J. Meloy got approval to name base routes after Wisconsin airmen that had died in WWII, whether stationed at Truax or not. Their last names became street names. Today near Truax Field, you might find yourself on streets named Kinsman, Anderson, Pankratz, Straubel, or Grimm. These are just a few of the streets named for airmen from Madison and throughout the state of Wisconsin. Behind each name is a story, many are the the stories of ultimate sacrifice in the line of duty.

The Origins of Some Northside Madison, Wisconsin Street Names: The Airport and Truax Field. Historic Madison, Inc. of Wisconsin. Accessed May 28, 2020.  https://www.historicmadison.org/Madison's%20Past/Street%20Names/PartIII.html