This is a contributing entry for Pontchartrain Conservancy's New Canal Lighthouse and only appears as part of that tour.Learn More.

History and Ecology of the Pontchartrain Basin

Formation of the Lake Pontchartrain Estuary 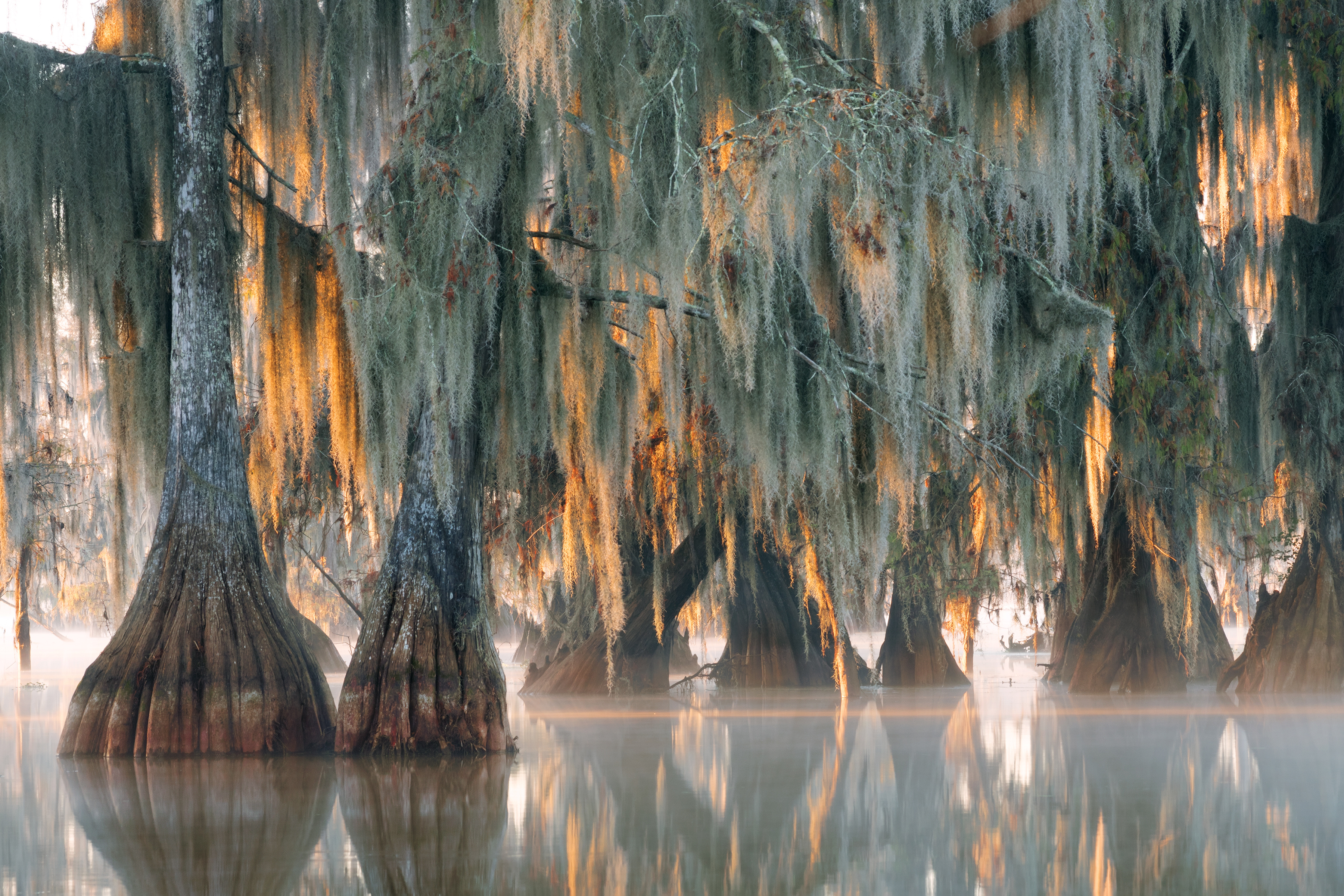 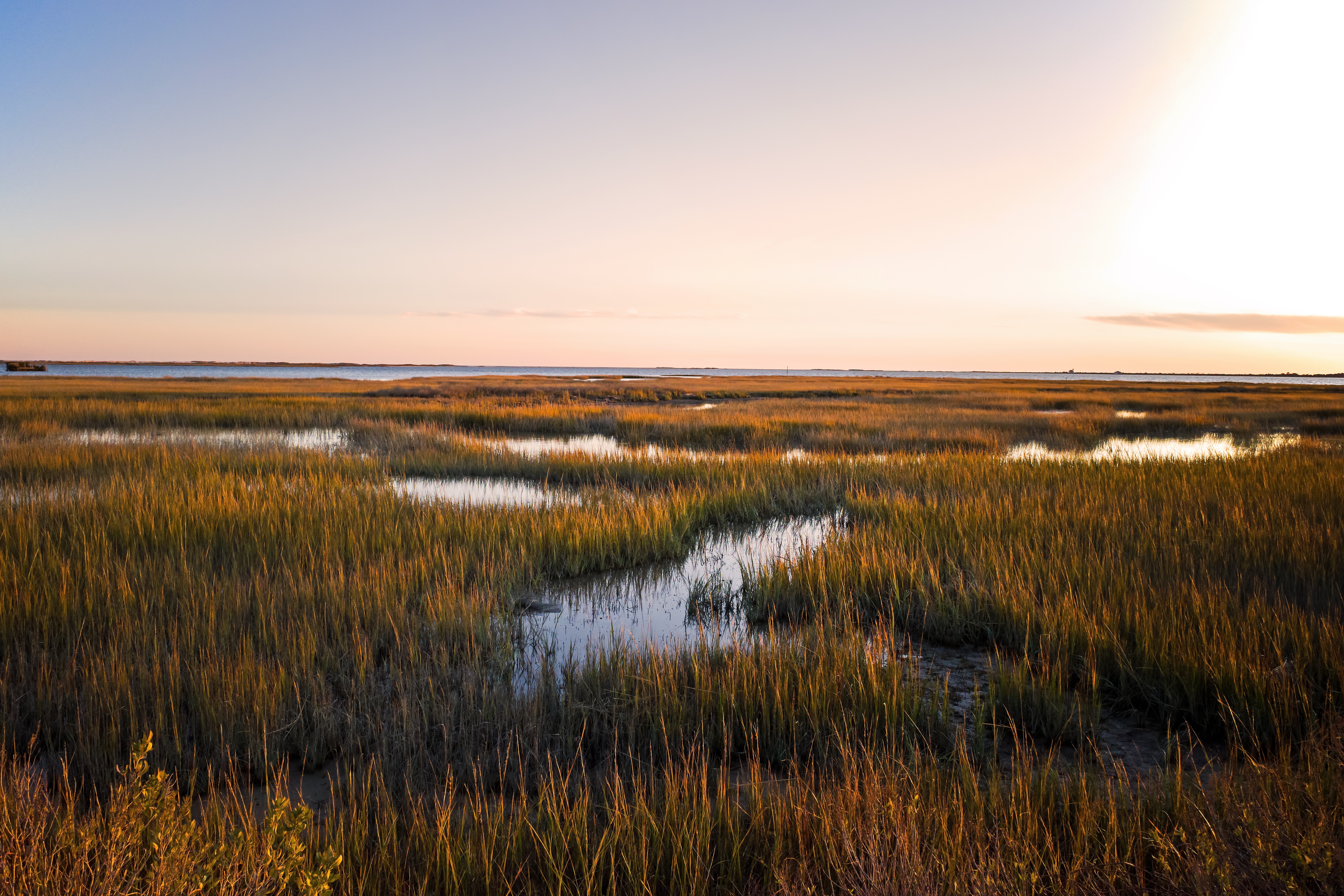 Lake Pontchartrain began forming about 5,000 years ago when North American glacier melts caused the Mississippi River to swell and shift to the east. The river began depositing its sediments into the Gulf of Mexico, creating a broad delta which would later become Orleans, St. Bernard, and Plaquemines Parishes.

The delta grew slowly eastward over 2,000 years and eventually separated a large body of water from the Gulf. Native Americans called this body of water 'Okwata' meaning 'wide water', and they dwelled peacefully on its shores for centuries.

In 1699, Native Americans led the French settler, Pierre La Moyne, Sieur d'Iberville, on a journey through the area's Lakes and bayous. Iberville marveled at Okwata and renamed it Lake Pontchartrain, after the French Minister of the Marine at the time, the Comte de Pontchartrain.

The famous wetlands and marshes that surround the Basin's waters provide a beautiful setting for wildlife and are the heart of the region's commercial and recreational fisheries.

The Pontchartrain Basin is also the center of southeastern Louisiana's unique cultural heritage. With almost 2.1 million residents, including rural farming communities, metropolitan New Orleans, and the fishing, shrimping, crabbing, and oyster industries, the area is brimming with a diversity of people bound by a common interest: the desire for clean and healthy waters in the Pontchartrain Basin.

Our Basin comprises over 10,000 square miles of land in 16 Louisiana parishes and 4 Mississippi counties. All of these lands drain into rivers and bayous, which empty into Lake Pontchartrain and its connecting sister Lakes, Maurepas and Borgne.

The Pontchartrain Basin is bounded to the north by the Louisiana-Mississippi border, to the west by Thompson Creek and the Mississippi River, by the Breton and Chandeleur Sounds and Chandeleur Islands to the south, and to the east by the Pearl River. The Basin is made up of the following parishes: Ascension, East Baton Rouge, East Feliciana, Iberville, Jefferson, Livingston, Orleans, Plaquemines, St. Bernard, St. Charles, St. Helena, St. James, St. John the Baptist, St. Tammany, Tangipahoa, and Washington. The Lake also exchanges water with the Gulf of Mexico through the Rigolets and Chef Mentuer Passes. This connection to the salt waters of the Gulf makes the Lake an estuarine system - one of the largest in the nation.

The Upland Sub-basin north of Interstate 12 contains two major habitats, longleaf pine upland forests and flatwood savannahs. Over the last hundred years these habitats have been greatly degraded by logging and poor land use. Increased conservation areas are needed to preserve these forests. These habitats serve as homes to many plants and animals including the endangered red-cockaded woodpecker. Additionally forests of pine, oak and hickory trees are found here. This region also includes riverine habitats of streams and rivers where freshwater mussels and the threatened Gulf sturgeon can be found.

In the Upper Sub-basin of the Lake Maurepas region and adjacent wetlands, habitats are made up of alluvial river swamps and disappearing Bald Cypress-Tupelo swamps. These habitats are suffering from reduced plant growth as a result of the cypress logging and saltwater intrusion from the Gulf of Mexico. As protective swamps are logged out more salt water comes into the Maurepas area and prevents new growth. Fresh water diversions in this sub-basin are a valuable means to reduce salinity and increase productivity.

The Middle Sub-basin, including Lake Pontchartrain and its surrounding wetlands, contains shoreline (littoral) habitat as well as marshes and submerged aquatic vegetation (SAV’s). The health of these habitats is vital to sustaining the ecology of Lake Pontchartrain. A dead zone near the southeastern end of Lake Pontchartrain resulted from saltwater intrusion from Mississippi River Gulf Outlet (MRGO). With the MRGO’s closure in the summer of 2009, the habitats in this area should show signs of renewed health.

The Lower Sub-basin (St. Bernard and Plaquemines Parish) have habitats made of an historic chenier called the Bayou la Loutre ridge, brackish and saline marshes, shallow bays and sounds and the Chandeleur - Breton barrier island chain. This expanse of open water is fringed by swamps and marshes.   It is home to the bountiful crop of crabs, shrimp and oysters that depend on proper salinity levels. These fisheries provide recreation and livelihoods for many in the basin.

From the latter part of the 20th Century to the present, the estuary has been plagued by the results of poor planning and overdevelopment. Urban and agricultural runoff, sewage overflow, nonpoint source pollution and saltwater intrusion are the most pervasive of these problems. Loss of wetlands and their capacity to filter pollutants increases the damaging effect.

Our Pontchartrain Basin habitats provide important ecological, cultural, and economical benefits. LPBF works to protect all the habitats of the basin for the diverse array of plant and animal life which are critical to maintaining a healthy, vibrant community.