The Hockaday Museum of Art opened in 1969 to showcase the art of Glacier National Park and the works of Montana artists. It is housed in the historic Carnegie Library building, which was built in 1903. The museum's collection features a wide range of works of art and related items including photographs and vintage maps. Notable artists represented in the permanent collection include painter Charles M. Russell, painter Adolph Heinze, and photographer Fred H. Kiser. The art depicts Glacier National Park, the Blackfeet Indian Nation, the Empire Builder Railroad, and the pioneers who settled in northwest Montana. The museum offers permanent and changing exhibitions as well as a variety of events and programs.

The Hockaday Museum of Art was founded in 1969 and is housed in the historic 1903 Carnegie Library. 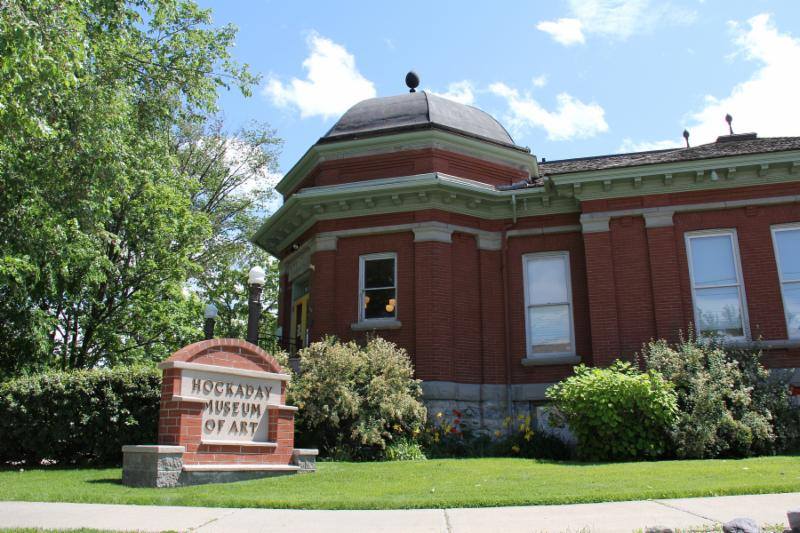 The former Carnegie Library is named after steel magnate and philanthropist Andrew Carnegie (1835-1919), who donated funds to communities around the country for the purpose of building libraries. The library was designed by a local architect in the Colonial Revival style and is unique in that it features an octagonal entrance topped with a dome on the northeast corner. The library operated until around 1968 and was converted into the museum, which opened February 10, 1969 as the Hockaday Center for the Arts. The museum changed its name to the current one in 1998. It is named after prominent local artist Hugh Hockaday, who died shortly before the museum opened.

"About the Hockaday Museum." Hockaday Museum of Art. Accessed May 20, 2020. http://hockadaymuseum.org/index.cfm?inc=page&page=63&page_content=About%2Dthe%2DHockaday%2DMuseum%2Dof%2DArt.