The Conrad Mansion was constructed in 1895. The house is now a museum but is still regarded as one of the most historic homes in Kalispell. Kalispell's mansion was named after the city's founding father, Charles E. Conrad, and was designed by architect Kirtland Cutter. The mansion is available for tours where guests can explore its lavish architecture, historical furniture, and beautiful gardens.

The Conrad Mansion Museum is a historic home built in 1895 by its namesake and the founder of Kalispell, Charles E. Conrad. 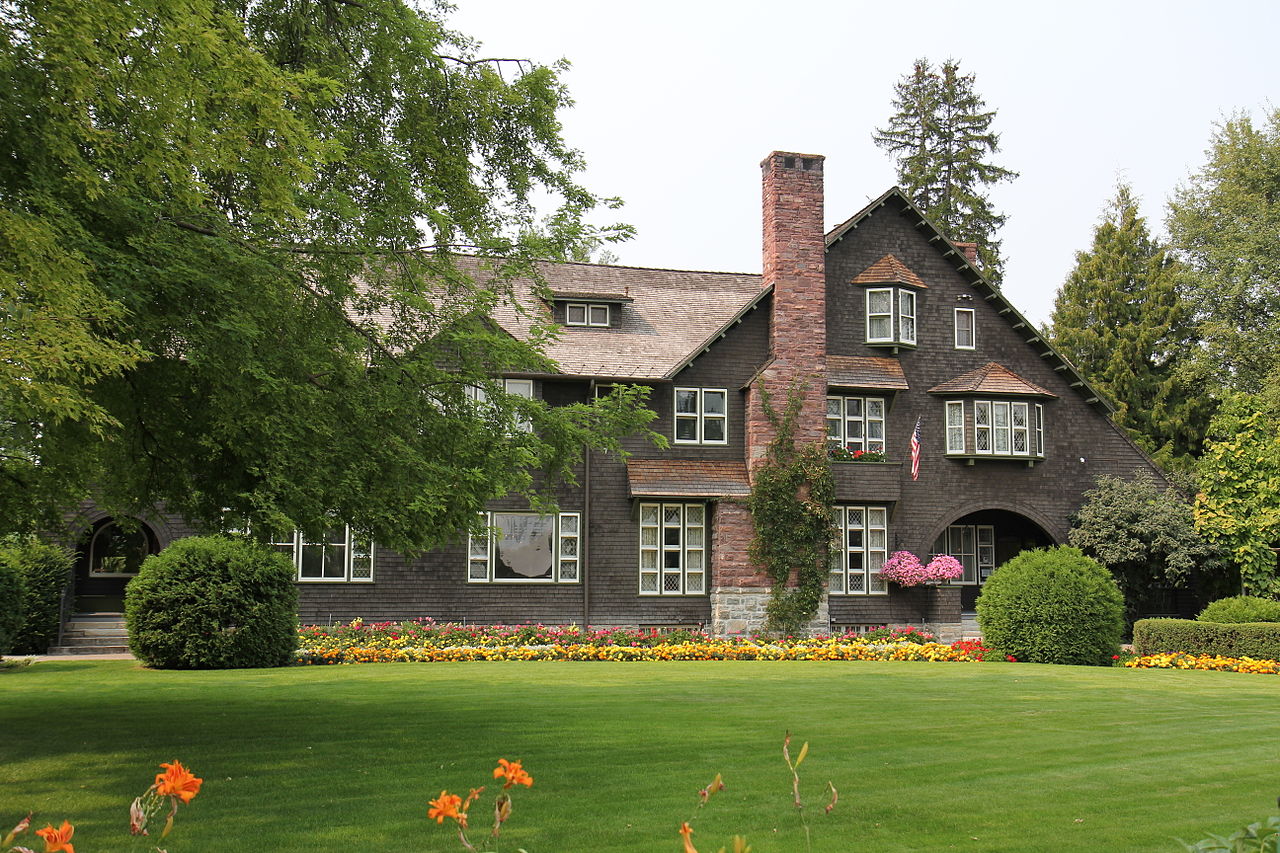 Charles E. Conrad was born on a plantation in Warren County, Virginia in 1850. He was the second child of thirteen children. Conrad and his older brother, William, were enlisted in a Confederate cavalry regiment known as "Mosby's Rangers" in 1863. After the Civil War, the duo headed out West in search of work around 1868. They settled in Fort Benton and found employment as clerks with a mercantile company based in St. Louis. The mercantile company shipped goods on the Missouri River and on wagons. Charles developed relationships with the Native American tribes in the region during the next several years of occupancy. This skill proved beneficial in the late 1870s when he participated in treaty negotiations between five tribes and the British government in Canada after the Nez Perce War (1877).

In 1876, the brothers bought the business and got involved in banking and finance. They prospered in Fort Benton during the next two decades and Charles became a millionaire. In 1890, Charles and his family were making a trip to Spokane in the fall. Charles hoped to expand and gain business opportunities in the area. The family passed by Flathead Lake and were captivated by the beauty of the valley. Around this time, Charles learned through his friend, James J. Hill, who was the chief executive of the Great Northern Railroad, that the railroad was going to pass through the area. In 1891, Charles decided to buy the land that would become Kalispell. Kalispell would go on to become the Great Northern's new division point. He named the town after a local, Native American tribe.

Charles started to build the house in 1892. The construction period was nearly three years long. The completion date was noted as November, 1895. The house was fashioned in the Norman style. The large three-story home features 23 rooms, three bathrooms, and eight fireplaces. Native cedar shingles cover the exterior walls and roof and the main entrance features a large archway, a typical feature for any Norman home. Inside, the house features decorative woodwork, original light fixtures, and diamond-paned and tinted glass windows. The house was equipped with modern amenities for the time such as a freight elevator, a dumbwaiter, a radiator warming oven, a built-in fire hoses, two Italian onyx cold water drinking fountains, a wall-mounted 1895 Spaulding exercise machine, and a communication system consisting of an electric call box, an intercom and a speaking tube.

Charles was thriving during this period of his life. He had established himself as one of the most notable figures in the state as well as the Northwest. He had amassed a fortune in banking, cattle ranching, real estate, and mining. The family were socialites and used their home to host various gatherings. NAtive American chiefs would come to meet the Conrad family as well as other prominent local and national leaders.

Conservationists, George Bird Grinnell and James J. Hill, even gathered at the Conrad house as Charles harbored an interest in conservation. The Conrads were outdoor enthusiasts and often took trips into what is now Glacier National Park. Charles's passion for conservation led him to establish a bison herd that later served as the foundation for the herd in the National Bison Range in the town of Moiese (located south of Flathead).

Unfortunately, Charles passed away on November 2, 1892 of diabetes and tuberculosis. The family owned the house until 1974, when it was donated to the city. Over the next two years, volunteers helped to restore the old mansion. The house was added to the National Register of Historic Places in 1975 and has been opened to the public since 1976.

"About Us." Conrad Mansion Museum. Accessed May 18, 2020. https://www.conradmansion.com/index.php/about-us.

Tours will be offered by appointment, Monday-Friday between 10am-4pm.