Built for kerosene stove manufacturer Francis Drury in 1910, this mansion was one of the last to be constructed on Euclid Avenue's famed "Millionaire's Row." The Drury House later became the Florence Crittenton Home, a place that provided care for unwed mothers and later served as a halfway house for former prisoners. Given the building's history of being used for charitable purposes, it is perhaps fitting that it is now home to Cleveland Clinic's Foundation. 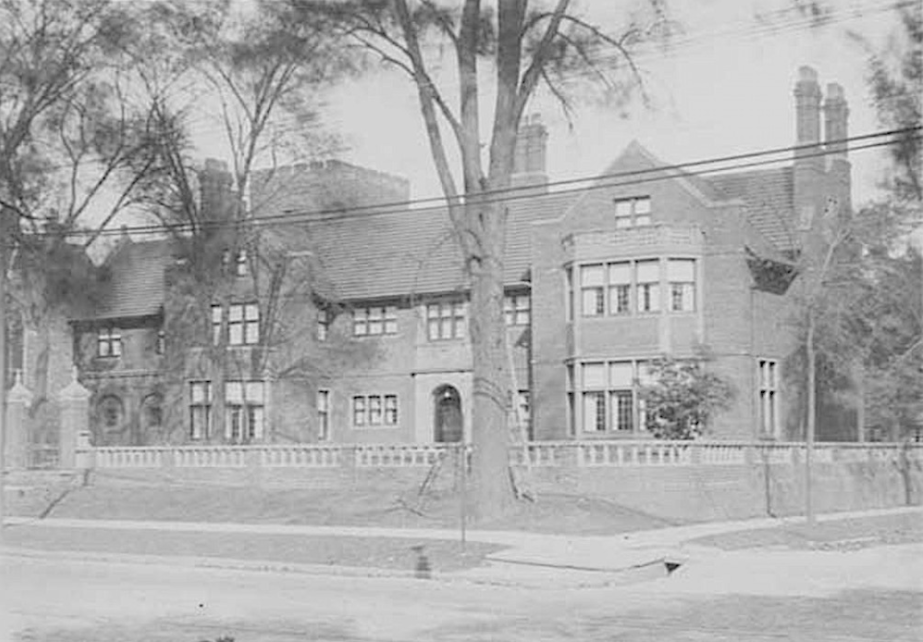 Francis Drury's wealth stems from his success leading the first company to mass produce kerosene stoves. Drury built this house later in life as a home for himself, his wife, and his children. The house was part of 'Millionaire's Row', a neighborhood of mansions that wound down Euclid Avenue and was the premiere destination of Cleveland's social scene in the second half of the 19th and first part of the 20th centuries.

In addition to his wealth, Drury was known during his life for being an extremely generous person; from allowing an experimental theater group to practice on his property, to hosting a wedding for his servants. He also donated much of his wealth to support education and funded many colleges.

This mixture of luxury and philanthropy continued to be associated with the house even after Francis Drury no longer owned it. After a period of vacancy, it was purchased in 1939 by the Drury Club, a selective social organization that used it as a meeting place. Following this, it became the Florence Crittenton Home, a place for unwed mothers to seek shelter during their pregnancy and in the period shortly after giving birth. By the 1970s, the house was owned by a Community Reintegration Center, a sort of halfway house that focused on rehabilitating former prisoners. Today, the Drury House is owned by the Cleveland Clinic.

Sources vary greatly as to the size of the Drury Mansion. Some say that is contains 34 rooms, while others state that it has well over 50! This confusion may be in part due to the fact that there are actually two mansions built in the area by Francis Drury; while this one is in Cleveland proper, the other is a little away from the center of the city, in Gates Mills, Ohio. The Drury family moved here after over a decade at their initial mansion, and it is reportedly bigger than the first home.