Listed on the National Register of Historic Places, the Old Lee County Courthouse is one of the more important landmarks in Fort Myers. It was built in 1915 and is an excellent example of Neoclassical Revival architecture. Interesting features include a buff-brick exterior and a grand main entrance with fluted Doric columns. The building is also significant for its role as the seat of county government from 1914 until 1984. Today, it houses the offices of the state legislature representatives and the Lee County Board of Commissioners. It is located next to the modern courthouse building.

The Old Lee County Courthouse was built in 1915 and is a good example of Neoclassical Revival architecture. 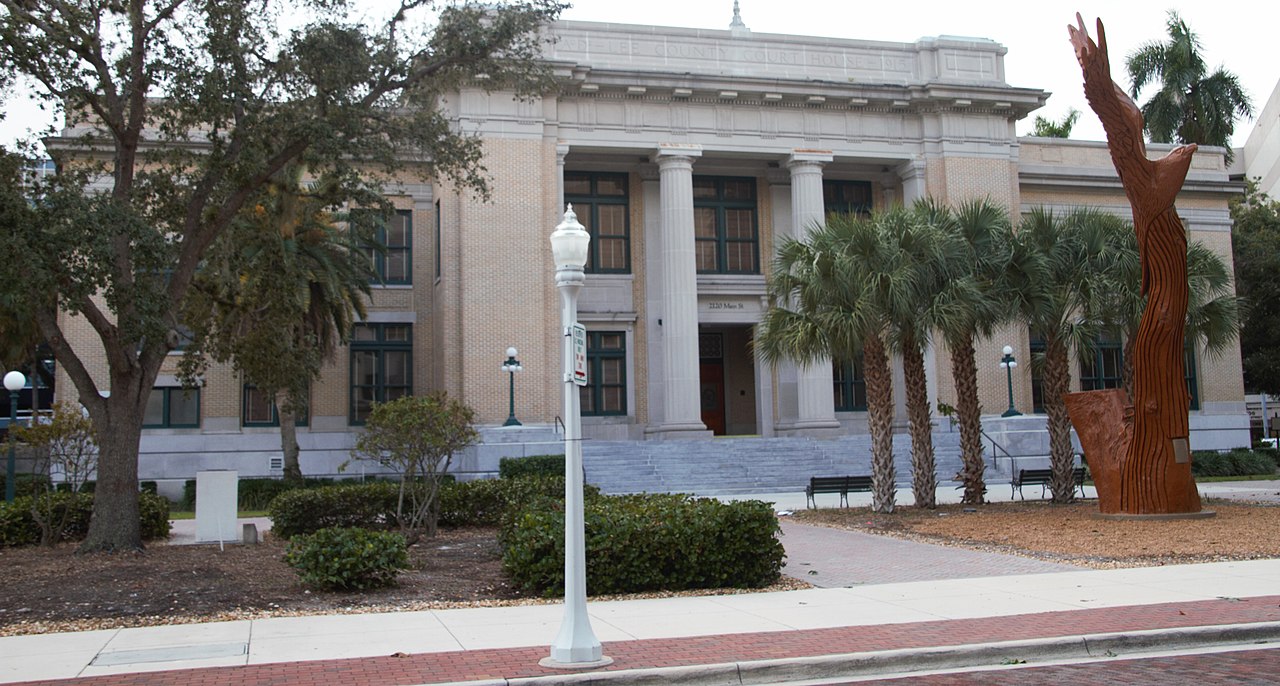 The courthouse was the second built for the county, which was founded in 1887 (Fort Myers was chosen to be the county seat in 1888). The first courthouse was erected in 1894. It was a wood-frame structure, not a large concrete structure envisioned by one of the county commissioners at the time, William "Wild Bill" H. Towles. Towles was a wealthy cattleman and apparently not one to be messed around with. Unfortunately, no one bought the bonds issued the build a concrete courthouse, forcing the commissioners to settle for the one that was built.

Twenty years later, Towles' dream of a big courthouse remained strong. As chairman of the commissioners, he proposed the idea again and this time the process got off to a good start, as both the architect and contractor were hired quickly. However, Towle's long-time rival, Harvie Heitman, helped put the brakes on the project. He, along with other opponents, thought the existing building was suitable and they questioned the legal validity of the commissioners instituting a tax for the project. Heitman was also a builder himself and in fact was in the process of constructing a few concrete buildings at the time. So on two occasions in the summer of 1914, opponents obtained court orders (on technical grounds) to stop the project. In the end, further attempts to stop it were rejected and the existing courthouse was torn down. The size of the new courthouse proved justified in the coming years as the city grew.

As noted above, the county occupied the courthouse until 1984. By then it was in need of repair and remained vacant for four years until restoration efforts began in 1988. The work was completed in 1989.