The Minnesota Building emerged in 1929 as the city's first Art Deco/Moderne design as the city's downtown enjoyed a transition away from the prevalence of Classical architecture. The Minnesota Building's Architect, Charles Hausler, apprenticed for the renowned Chicago architect, Louis Sullivan. Hausler proved instrumental in the development of St. Paul as a private and city architect, as well as a state senator. 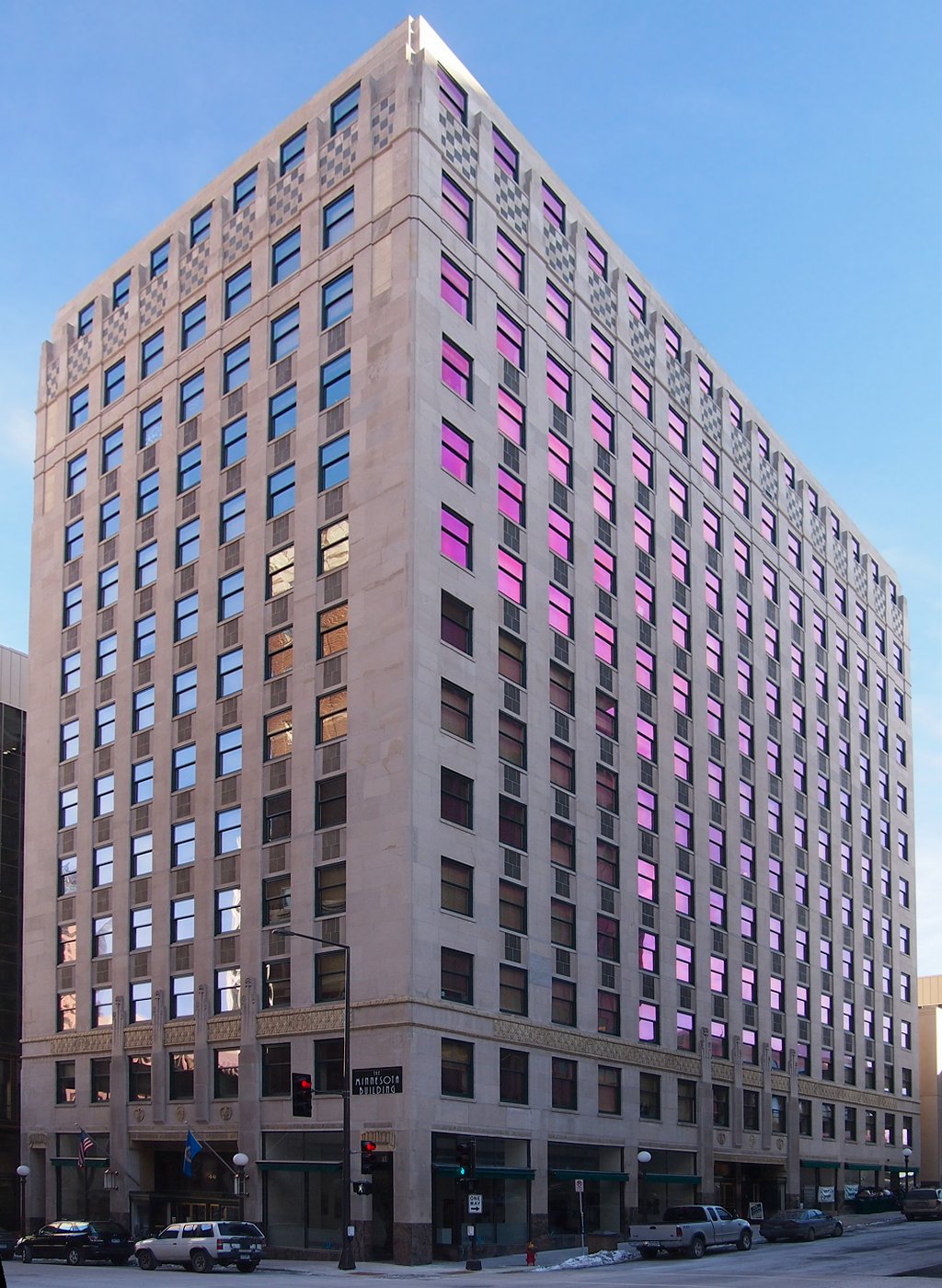 The Minnesota Building emerged in 1929 after a nine-year-long pause in significant downtown construction. It served as the first downtown Art Deco-styled building constructed during a renewed building boom in the business loop area of St. Paul during the 1930s.

St. Paul, the capital of Minnesota since its emergence as a territory in 1849, enjoyed its greatest prosperity during the late nineteenth and early twentieth centuries, which coincided with the establishment of the city's downtown. By the late 1800s, brick warehouses dominated the streets of the "Lowertown" part of downtown. At the same time, a steady increase in skyscrapers emerged in the central downtown region, mostly built with very traditional, Beaux-Arts, Classical, or Neo-Classical architectural style. However, architects in New York and Chicago reacted to the completion of the high-profile, Gothic-Style Chicago Tribune Building in 1923 as an exhausted architectural style. Architects began to dabble in new approaches to commercial architecture, namely the style that became known as the Art Deco/Moderne design; The Minnesota Building emerged from that new design trend.

The Minnesota Building's Architect, Charles Hausler, was born in St. Paul in 1879. But, in his late teens, he traveled to Chicago and apprenticed for the renowned Chicago architect, Louis Sullivan. He returned to Minnesota and was licensed as an architect hi 1908, and was then named as Saint Paul's first City Architect in 1914, a position he held until 1923 when he left to serve as a state senator. During his tenure as a city architect, he formulated the city's first building code and designed several municipal buildings, schools, and parks.

He designed the Minnesota Building during a sixteen-year span where he dually worked in the state senate and as an architect. Construction began in early 1929. Hausler designed the building mainly to cater to upscale offices. The Minnesota Building evolved into a prestigious location. Indeed, Hausler moved his architectural offices there in 1930. The success of the building inspired many other projects in downtown St. Paul, from commercial buildings to theaters and hotels, many of which enjoyed an Art-Deco design.

--- --- ---. AIA Guide to the Twin Cities: The Essential Source on the Architecture of Minneapolis and St. Paul. St Paul: Minnesota Historical Society Press, 2007.