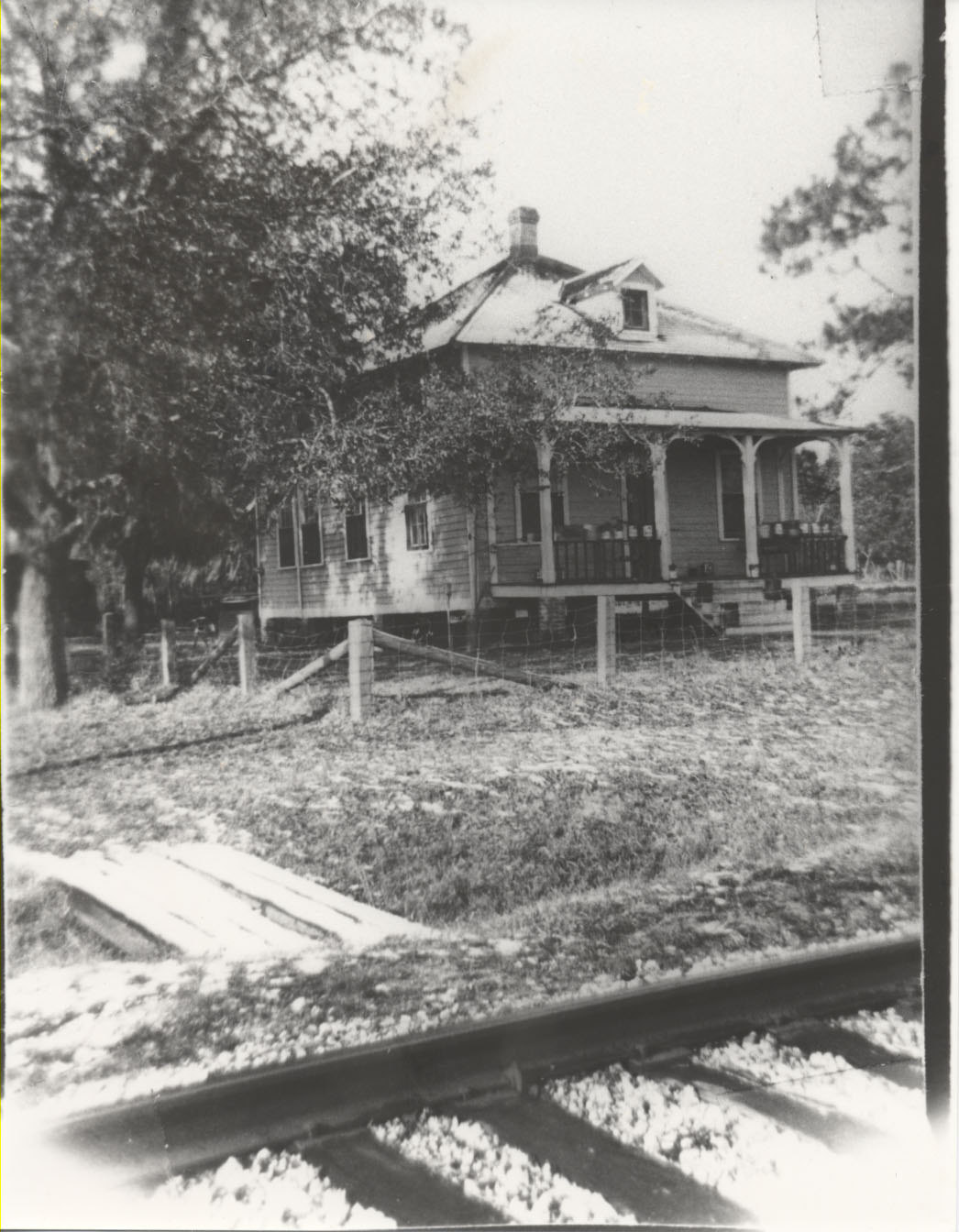 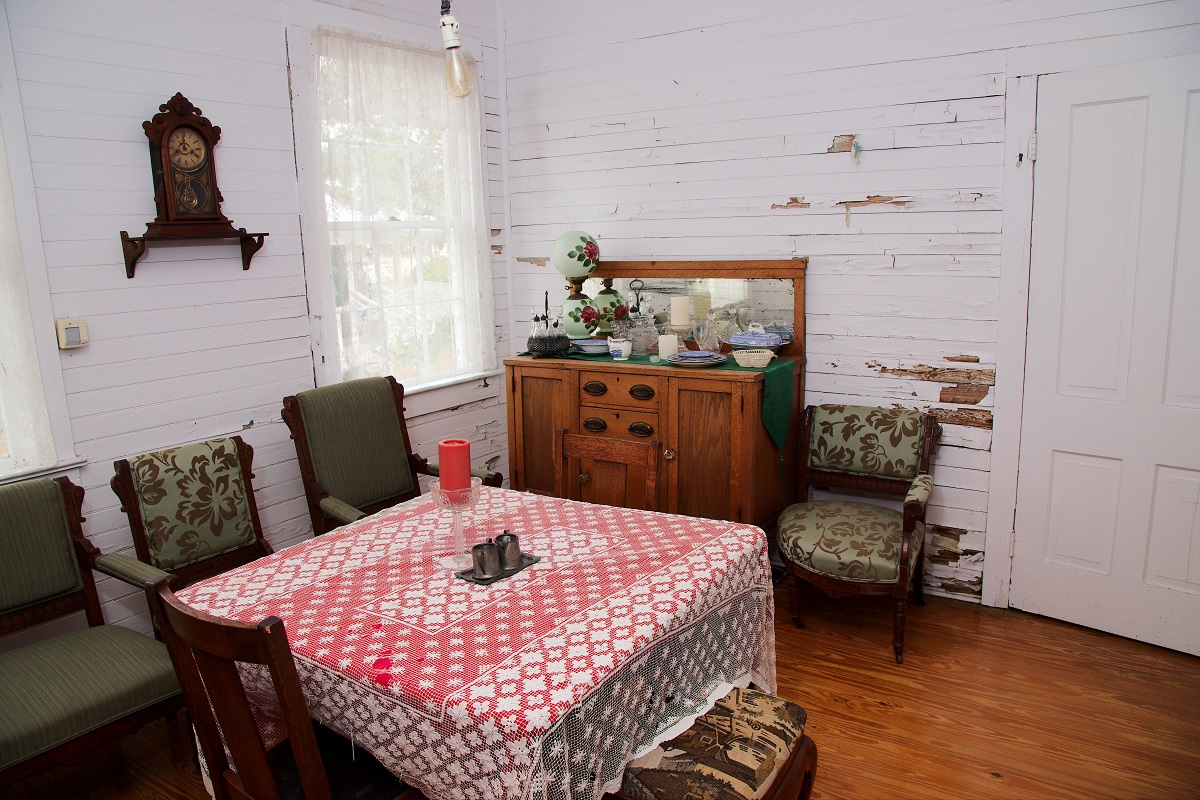 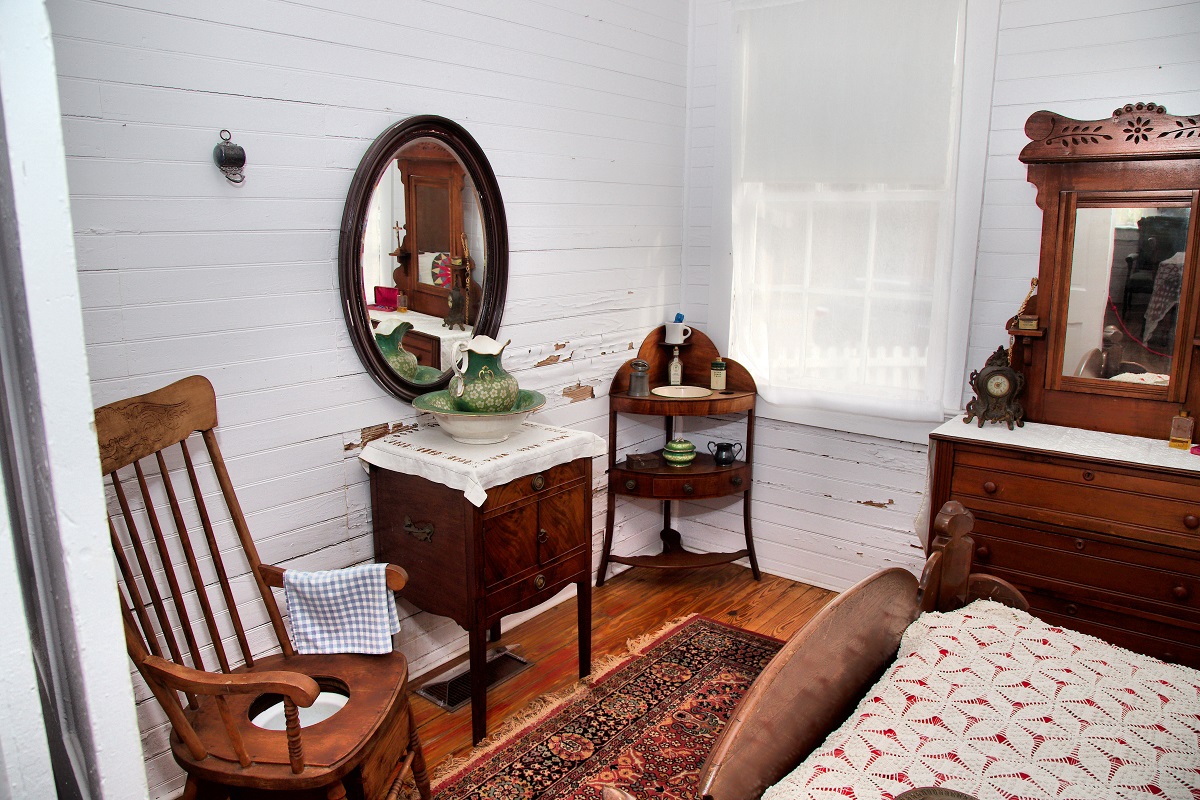 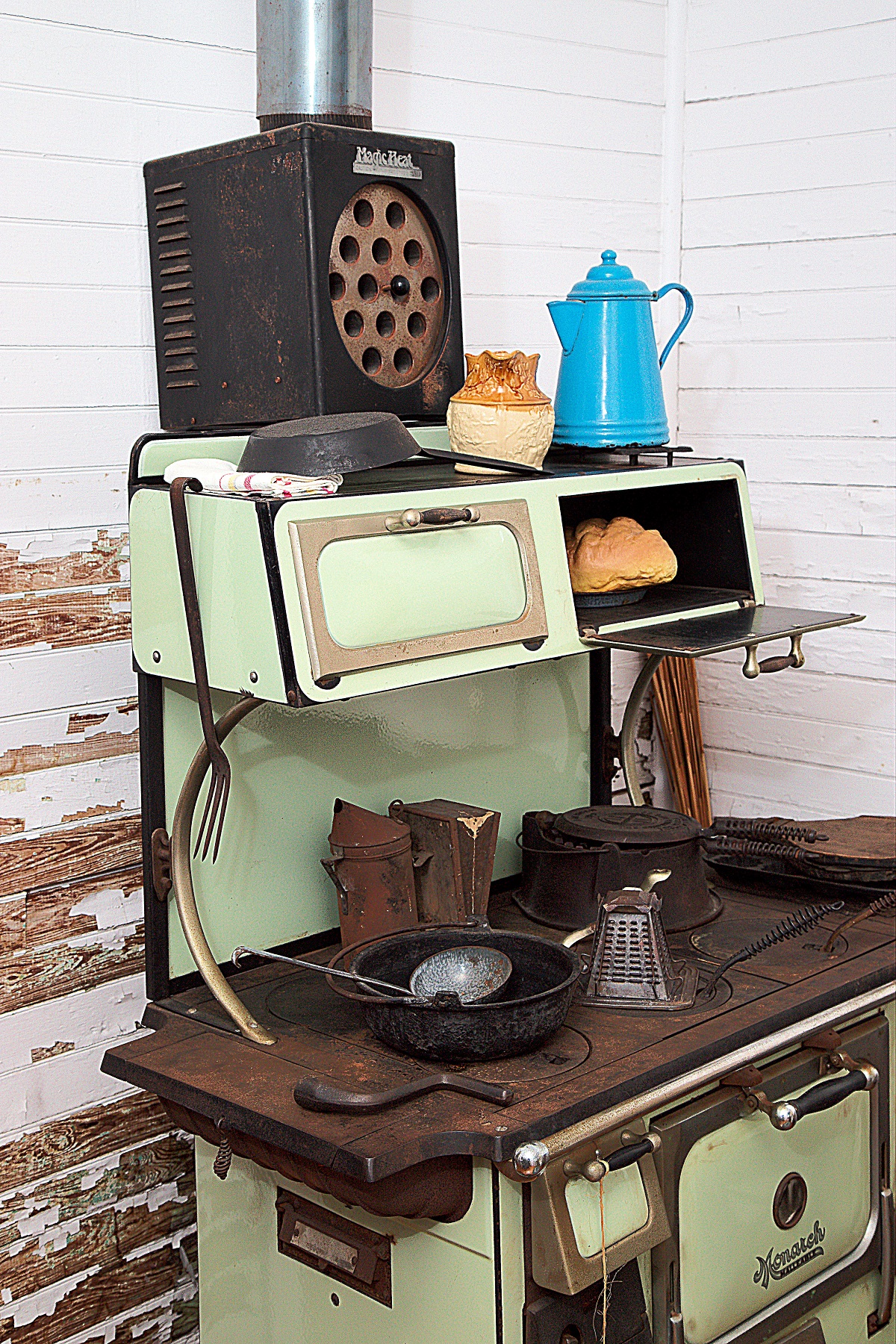 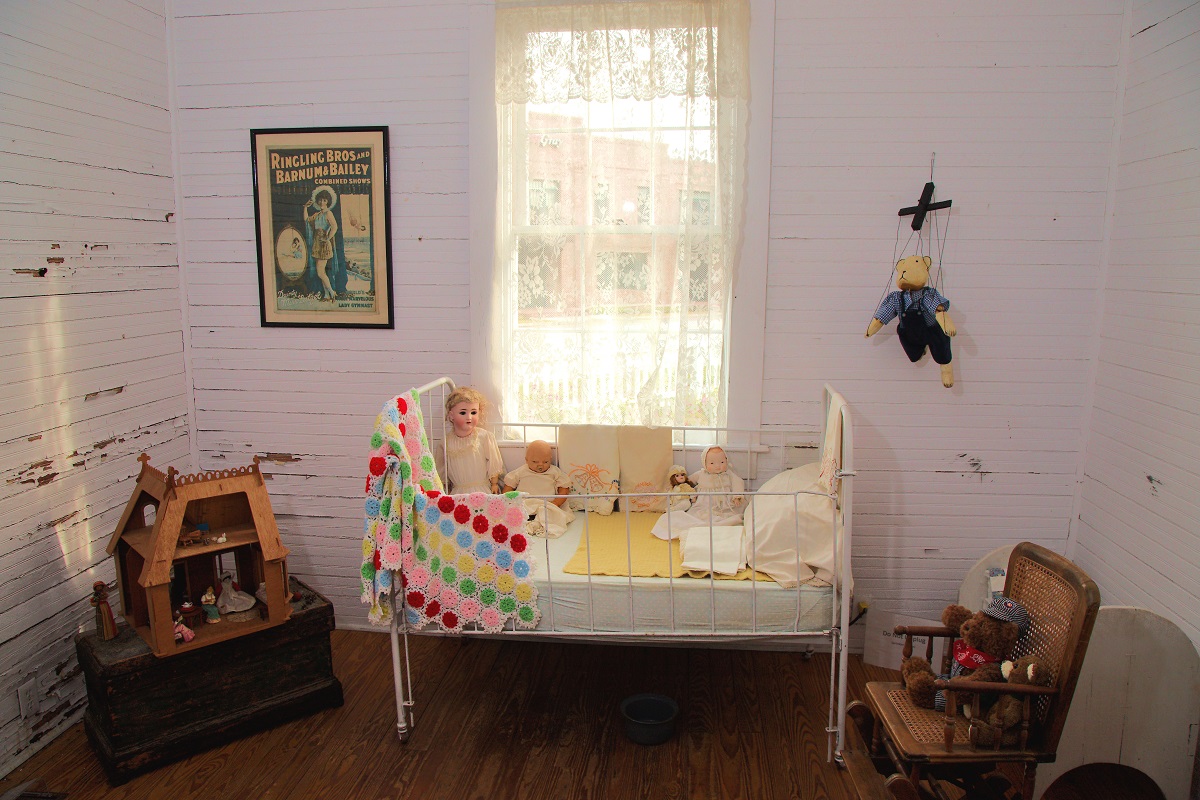 Lantern and Bible on Marbletop table 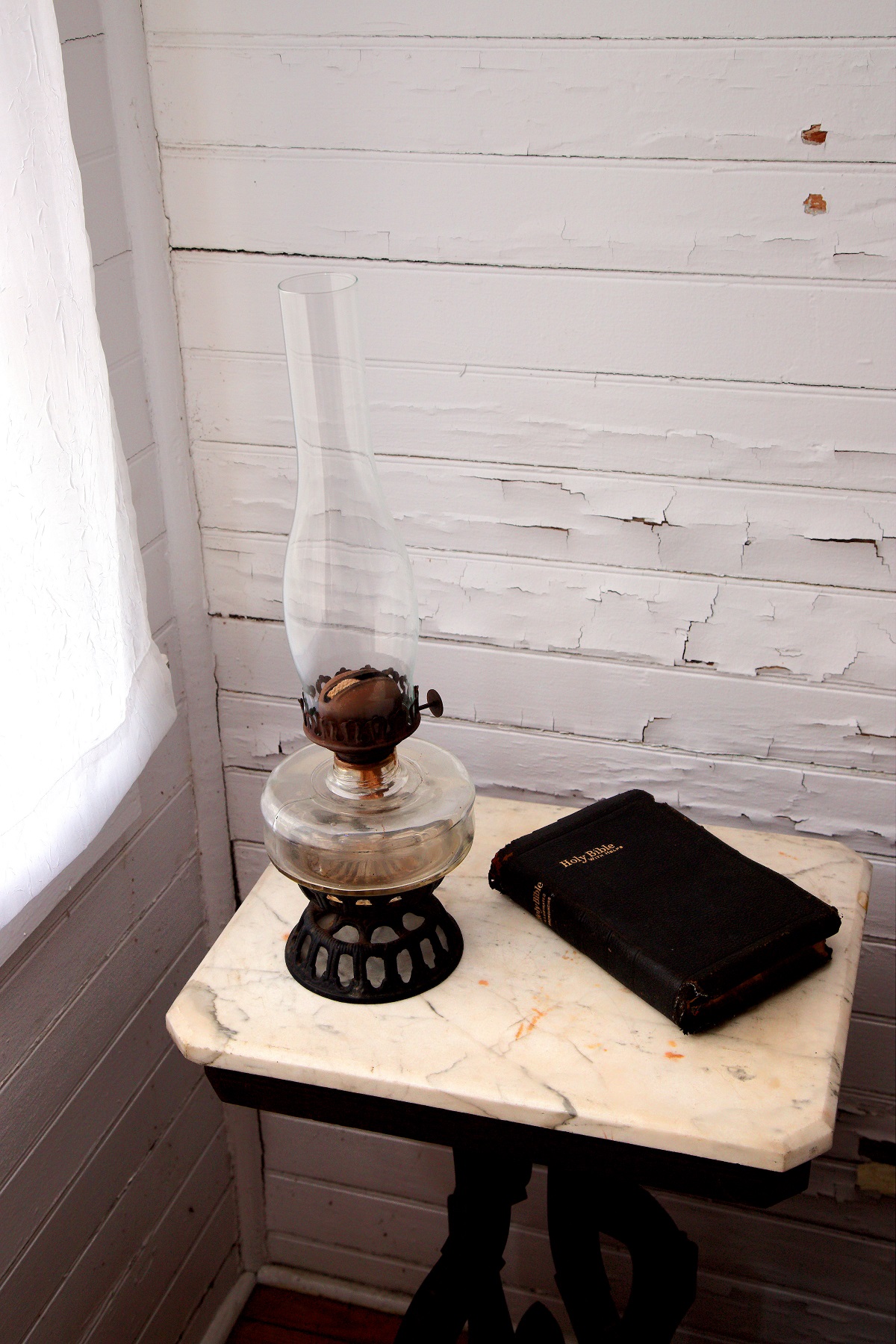 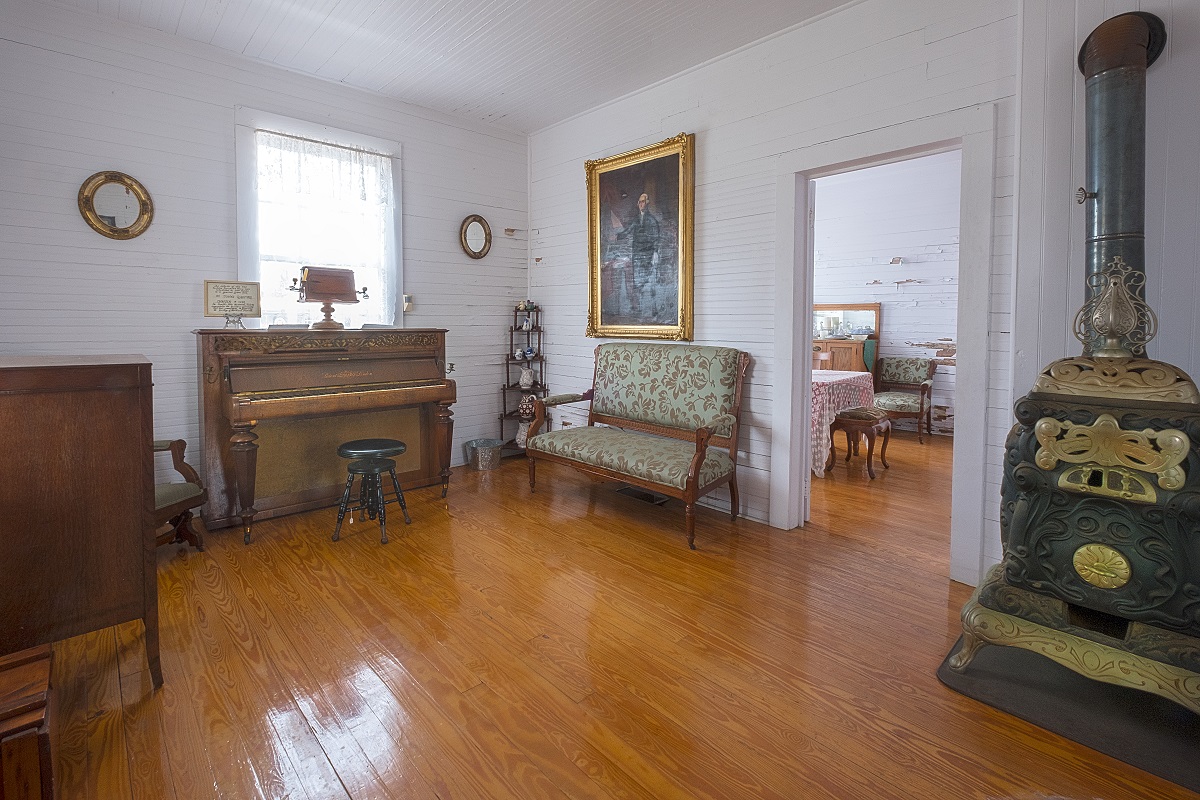 In 1900 the Jacksonville and Atlantic Railway Company (JARC) was purchased by Henry M. Flagler. The JARC narrow gauge rails were converted to the more substantial “standard gauge” and the line was extended to Mayport. The standard gauge rails could carry stronger locomotives, larger, heavier cars with increased carrying capacity. Standard gauge could also transport the more luxurious rail cars preferred by the guests of the area's elite hotels.

As a result, Flagler’s Florida East Coast Railway (FEC) constructed this 1 ½ story, wood frame structure in 1900. FEC Foreman’s House #93 was built as a residence for a section foreman. Each section foreman was responsible for approximately 17 miles of FEC track. Hershel Smith, the Pablo Beach Section Foreman whose history is best known, lived in this house with his wife Ethel and their three children, Lynn, Jane, and Murray, from 1915-1922.

All the FEC foreman houses from Northeast Florida to Key West were built using the same floor plan which included two bedrooms, living room, dining room, kitchen and attic. The houses were all painted the same "Flagler yellow" as the train depots. The house had no electricity and no indoor plumbing. Water was drawn from a pitcher pump in the back yard. The house was heated by a coal or wood stove in the living room and a wood stove in the kitchen was used for cooking. An ice box was used to help preserve perishable food. In 1916 this house was valued at $997 and $1,702 in 1923. The original house did not have a front porch.

The Florida East Coast Railroad’s passenger service to the beaches continued until 1932. In 1933, after the railroad was no longer in service to the beach, the Foreman’s House was sold at auction. William T. Brown purchased the house for $60 and he subsequently installed plumbing and electricity. The house was originally located on the northwest corner of Railroad Avenue (now Beach Blvd.) and 6th Street North. Mr. Brown moved the house to First Street South in Jacksonville Beach where it was used as a private home. In December, 1978, he donated the house to the Beaches Area Historical Society. It was moved for the third time to Pablo History Park in 1979.

donated by Lillian B. Tuell