The Washington State Fair is a bi-annual weeks-long celebration of the arts, agriculture, and simple fun. However, the Puyallup fairground's past is a lot darker than the current cotton candy gilded present would suggest. After Executive Order 9066 was passed in 1942 under Franklin Delano Roosevelt, the fairgrounds were transformed into internment camps for Japanese-American citizens. The Japanese Relocation Act as it was known, decreed that anyone with 1/16th Japanese heritage was to be relocated to internment camps. The fairground was a conduit to such locations and operated for four months as a transit center through which Japanese people were pushed through to more permanent encampments. The fairground has been repurposed for happier means, but its existence serves as a reminder of the duality of the horrific past and happier present that is present in so many current American institutions. Now the fairground hosts the Washington State Fair, a weeks-long celebration of the arts, farming, and culture. Rodeo shows, photo contests, and vegetable showcases are all attractions one can see at the Fair. Attractions are catered to all ages with specialized kid zones and activities.

A fruit stand at the original Valley Fair in the early 1900s. At its inception, the majority of attractions were agriculturally based.

A picture of a internment camp in California. The fair grounds were merely a temporary way point for Japanese-Americans who would be transported to camps like this. 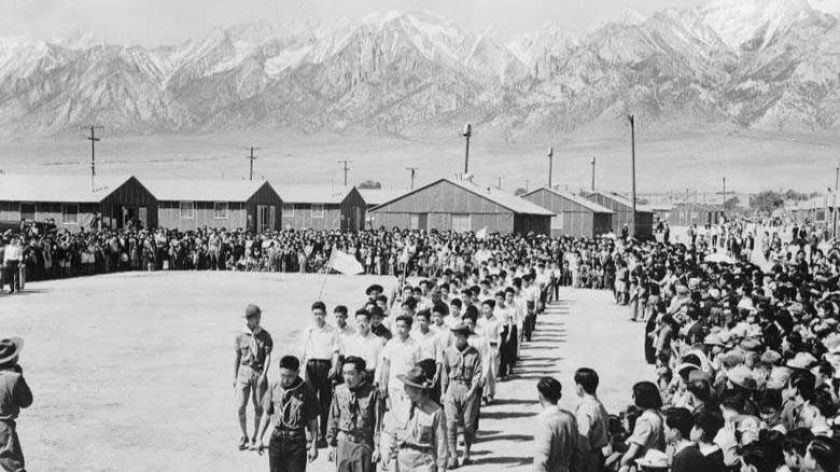 A picture of the state fair from 2019. The Fair sees upwards of one million visitors every year who enjoy myriad attractions on the large 160 acre plot. 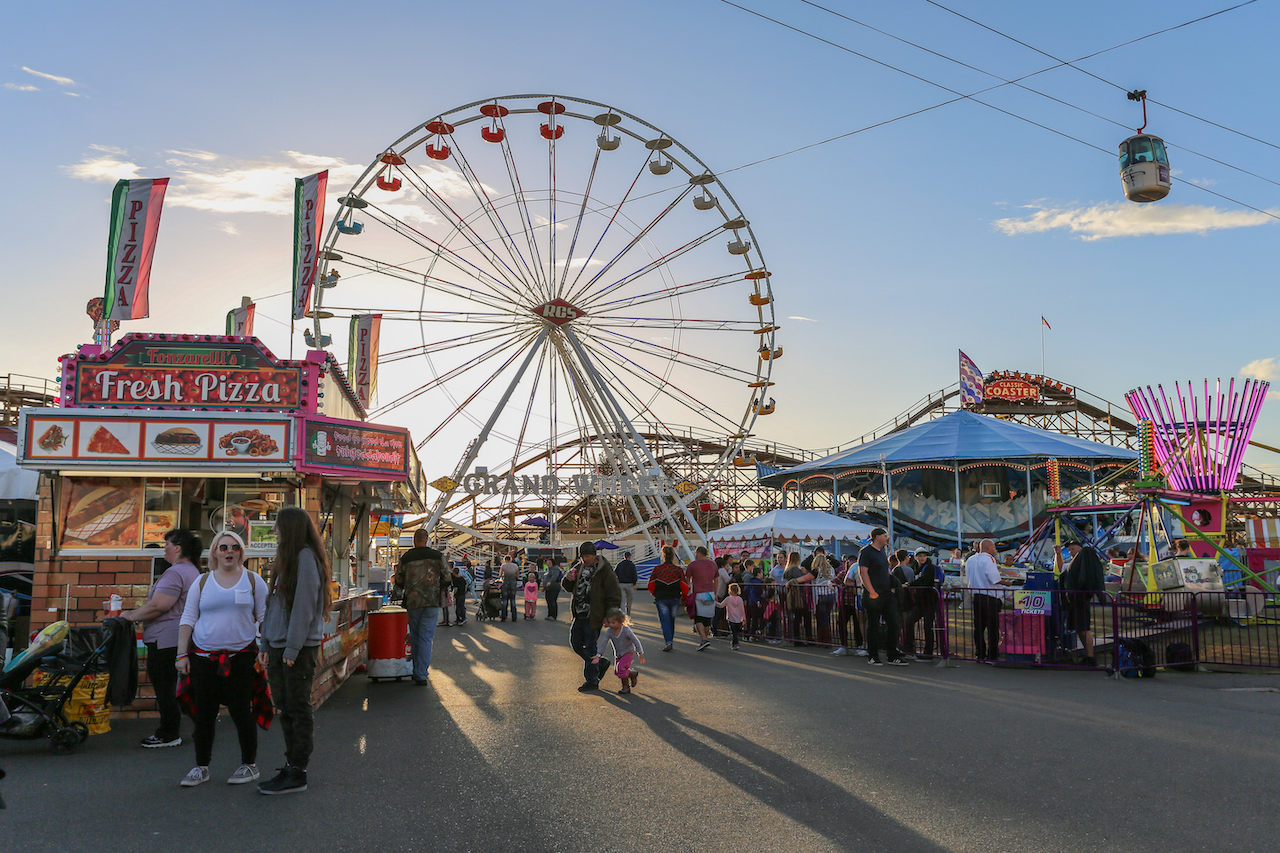 The first state fair was held in October of 1900. No one person is accredited with creating the fair and for the first few years it was known simply as the Valley Fair before changing its name to the Puyallup Fair. The fair looked vastly different from how it does now, with the focus being on agriculture and livestock shows. The main attraction wasn’t a roller coaster but horse races. In the 1920s, the fair began to modernize with food concessions and the first carousel being added. As the decades passed on, the fair increasingly improved, with new rides and attractions added each year. As the fair grew in popularity, so too did the land needed to support the influx of visitors. Fairgrounds expanded from 10 acres in 1901 to 160 acres at the turn of the new century. From its inception, the fair operated almost continuously every year, with only a few interruptions. One such pause was during World War II when the Federal Government seized the fairgrounds using eminent domain to create a processing center for Japanese-American citizens.

Pearl Harbor's bombing was a turning point in the war for the U.S. both domestically and abroad. It signaled the country's decision to finally enter the war. While the U.S.’s actions abroad are characterized as that of a noble liberator, modern narratives often hide the gross erasure of human rights at home. President Franklin Delano Roosevelt, passed Executive Order 9066, or the Japanese Relocation Act, on February 19, 1942. Then hailed as a security measure to protect against Japanese spies, the order forced internment on anyone with more than 1/16th Japanese heritage. Even if someone had been born in the States and lived there their entire life, they would be forcefully relocated. The Puyallup fairgrounds were seized by the government and operated as a processing facility through which Japanese-American people were relocated to other camps.

The internment camp at the Puyallup location was dubbed 'Camp Harmony' by reporters in an attempt to give the site a false sense of levity. Throughout the duration of its four month lifespan, the camp hosted 7,390 Japanese-American people. While the time that the fairgrounds were repurposed underneath Executive Order 9066 was relatively short, the impact of the government's actions persisted for years to come. Three years of normal life were robbed from those forced into internment and when Japanese-American people were allowed to return to their homes, they found it occupied by new tenants- many of whom refused to move.

Presently, the fairground hosts two annual State fairs. An almost month-long celebration from late August to late September is the most popular but a smaller fair does happen in spring. The Fair was officially renamed the Washington State Fair in 2012. The fair is one of the largest in the country with 1.2 million people attending at the end of the 2010s. As attendance records soared, so too did revenue with the Fair bringing in upwards of 32 million dollars in 2017. It is now a casual and cultural mix of exhibits and attractions ranging from dizzying rides to art and horticulture displays.

“The War Relocation Centers of World War II: When Fear Was Stronger than Justice.” Teaching with Historic Places, The National Parks Service, www.nps.gov/subjects/teachingwithhistoricplaces/upload/Twhp-Lessons_Manzanar2002.pdf.