The Muscatatuck Colony, previously named Indiana Farm-Colony for the Feeble-Minded Youth, was a farm that was set-up by the state to have "feeble-minded" workers. When it opened in 1920, it housed "feeble-minded" men. However it expanded later to a school welcoming both children and women. This spot worked as a feeder just like the Indiana School for Feeble-Minded Youth, in Fort Wayne. While there is not an exact number of how many students were forced into sterilization. This spot did have a significant amount of people that did that.

This is the front of the original farm colony housing. 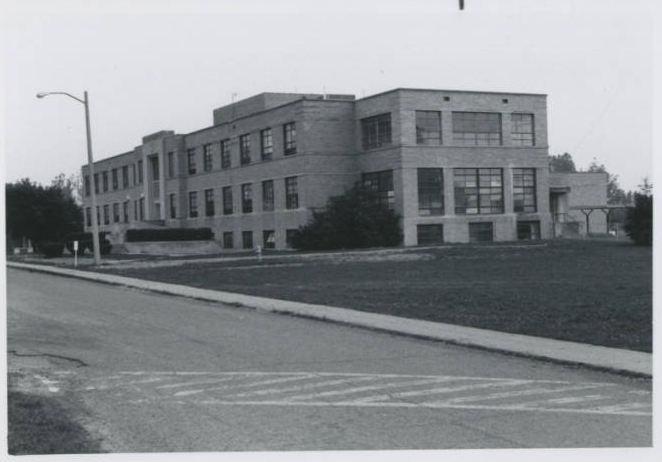 The next stop on our Hoosier History tour in Indiana Eugenics is across the state in Butlerville. This would known now as Muscatatuck Colony State Developmental Center, but once known as the Indiana Farm Colony for the Feeble-Minded Youth. It was this place that like the Indiana School for Feeble-Minded Youth, also worked as feeders to force residents into forced sterilization. In 1925, the administration merged with that of the Indiana School of Feebleminded Youth Fort Wayne. Because records have merged it is hard to get an exact number of how many students here were forced into sterilization. The farm opened in 1920, after legislation in 1919 had gone through the state house to get more funding to open hospitals and facilities like these opened across the state. The legislation included the opening of the Southern Indiana Hospital for the Insane, Hospital for Insane Criminals, Northern Indiana Hospital for the Insane, Southeastern Hospital for the Insane, and Eastern Hospital for the Insane. The idea of the working-farm was that it could be self-sufficient as opposed to the hospitals that would just take funding to operate. It was a working-farm housed developmentally disabled men, when originally opened, but later expanded to include women and children. Legislation passed in 1939, limited the services of this farm to that of the Southern part of the state. In 1941 the farm expanded, and got a schoolhouse, named Muscatatuck State School. In 1941, they also grew to welcoming women to the farm. The men who worked on this farm had jobs such as working in stone quarries and farming. Women learned to sew and do laundry. Muscatatuck Colony officially closed for mental health purposes in 2005, but it was turned over to Homeland security. This farm housed many of the unshared voices of the Eugenics movement in our history. Making it detrimental to understanding the Eugenics movement in Indiana.