The West Palm Beach Station is a historic train station built in 1925. Still in operation today for both Amtrak and the Tri-Rail commuter line (which connects West Palm Beach with Fort Laurderdale and Miami), the station holds historical significance in the areas of architecture and railroading. In terms of architecture, the station is a great example of the Mission Revival style with elements of the Mediterranean Revival style. Interesting features include a stucco exterior with decorative details in terra cotta tile, cast stone, or plaster; covered walkways with arches; a grand main entrance that has large arch with ornamental molding and Corinthian columns; and a tower with decorative arched openings and keyhole slot windows. Other decorations include sabal palms, Malayan coconut palms, and highrise oaks. Listed on the National Register of Historic Places, the station has remained a vital transportation hub for the city since its construction.

The West Palm Beach Station is a beautiful historic train station built in 1925. It is still a key transportation hub for the city. 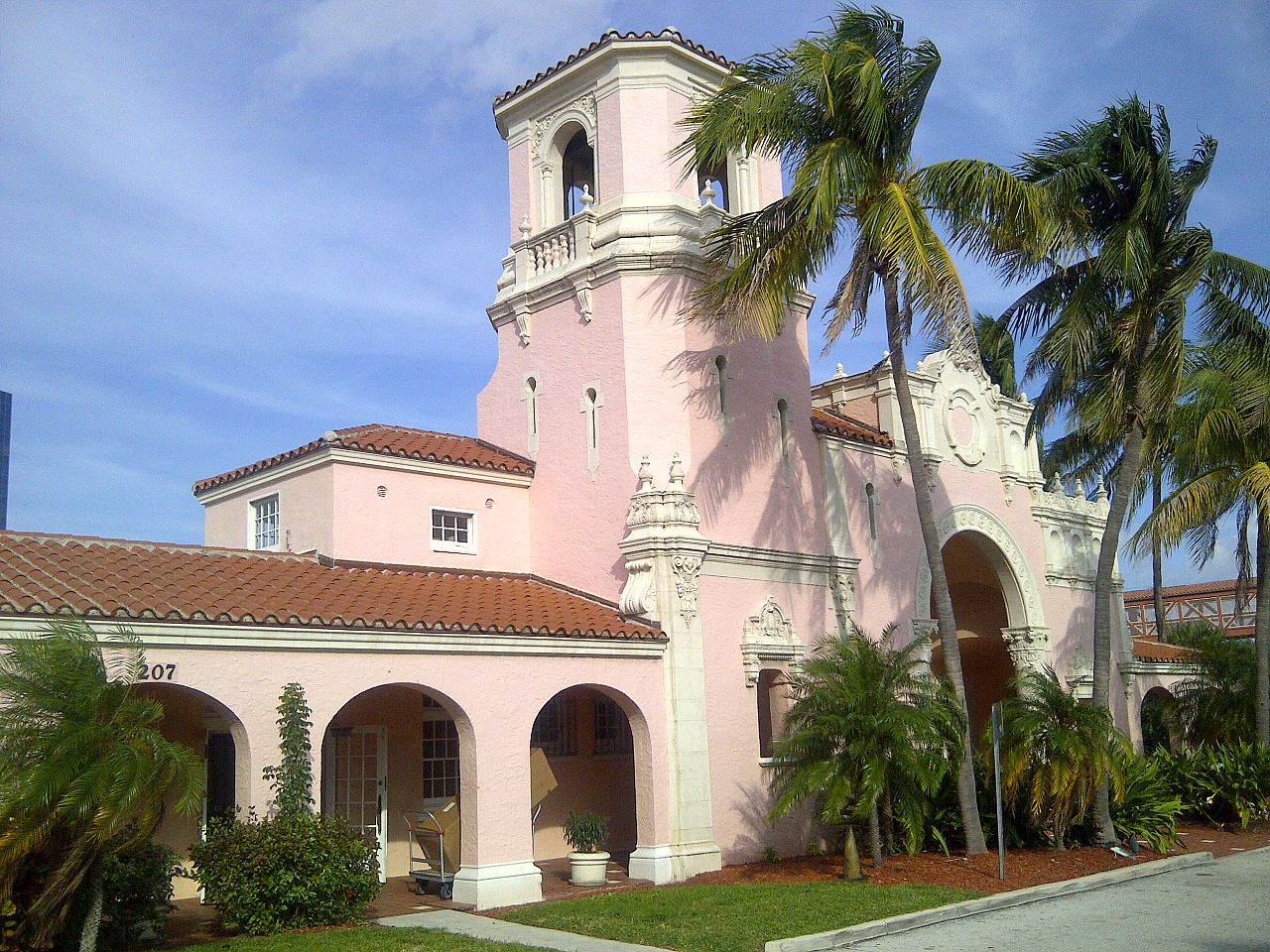 Architecture firm Harvey & Clarke designed the station for the Seaboard Air Line Railroad, which operated the luxury passenger line "Orange Blossom Special" which connected Miami to New York City. The line first reached the station on January 29, 1925. The station was built at a time when West Palm Beach and other cities were experiencing tremendous growth during the Florida land boom. Many who settled here were wealthy, including a few of the Seaboard Air Line Railroad stockholders who built homes in the area. These stockholders, in fact, played a large role in making the station as elaborate as it is. Another interesting aspect of the station's design is the use of a vaulted ceiling of the trackside canopy. While vaulted ceilings have been used for centuries, they started to be incorporated into railroad station design in the early 20th century and the West Palm Beach Station station is a good example of this.