This twelve-foot bronze monument was created by a descendent of the Mormon pioneers who stayed here on their journey west in the late 1840s. Recognizing the estimated six hundred Mormon pioneers who died here, the monument was dedicated in 1936 and remains the centerpiece of the cemetery in Florence, Nebraska. The statue depicts a pioneer and his wife standing above their child’s grave, stricken with grief. The monument among others was constructed to commemorate the more than 600 members of the Church of Jesus Christ of Ladder-Day Saints who perished in the winters of 1846-47 and 1847-48 during their stay at an encampment known as Winters Quarters, one of the temporary camp settlements on the pilgrimage from Nauvoo, Illinois and other places to present-day Salt Lake City, Utah. Avard Fairbanks, professor of sculpture at the University of Michigan, was commissioned by the President of the Mormon Church, Hebert J. Grant, to create this sculpture in 1936. The monument was unveiled on September 20th, 1936 with 2,500 attendants, many of whom came from Utah by train to attend the event. 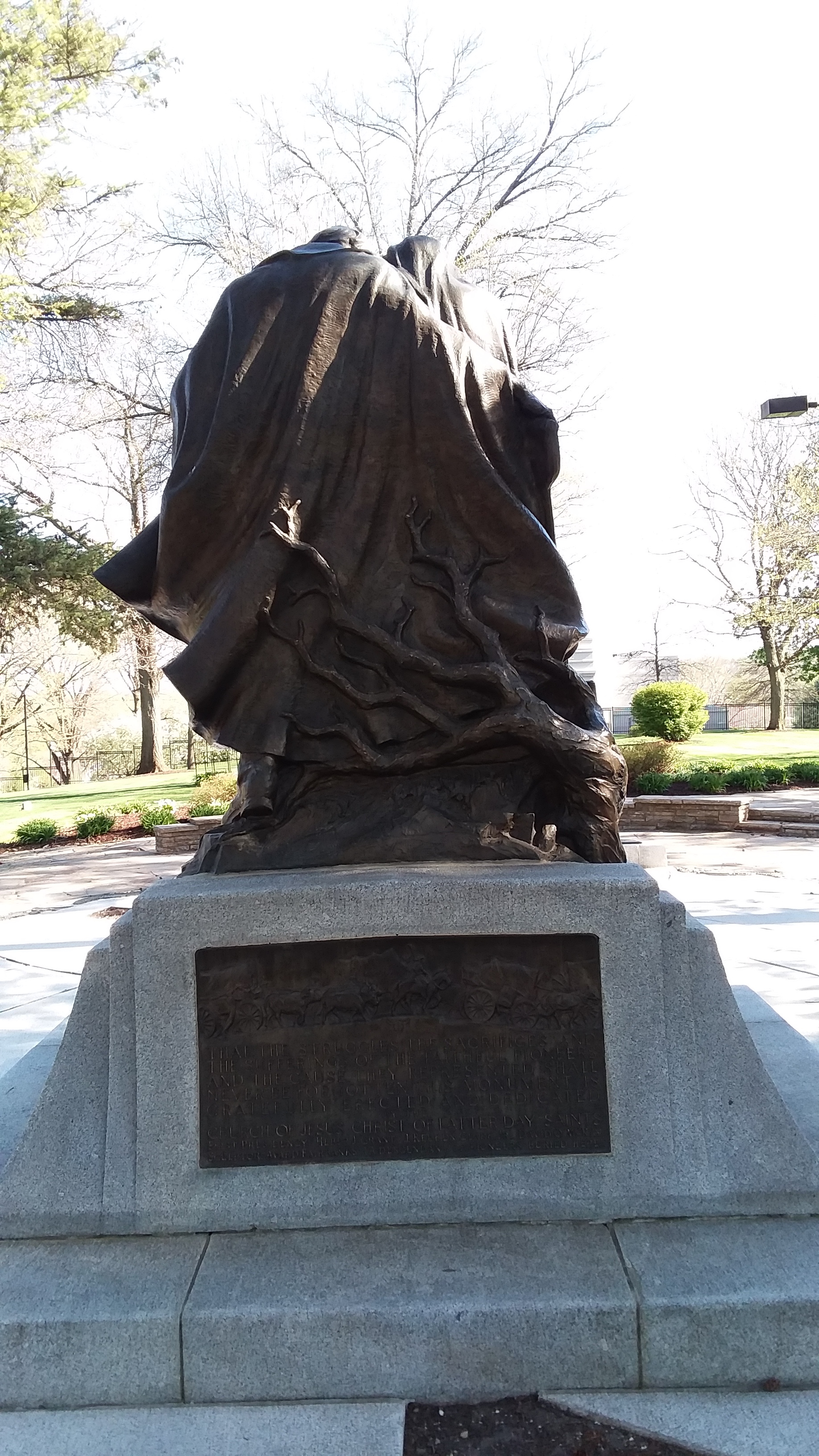 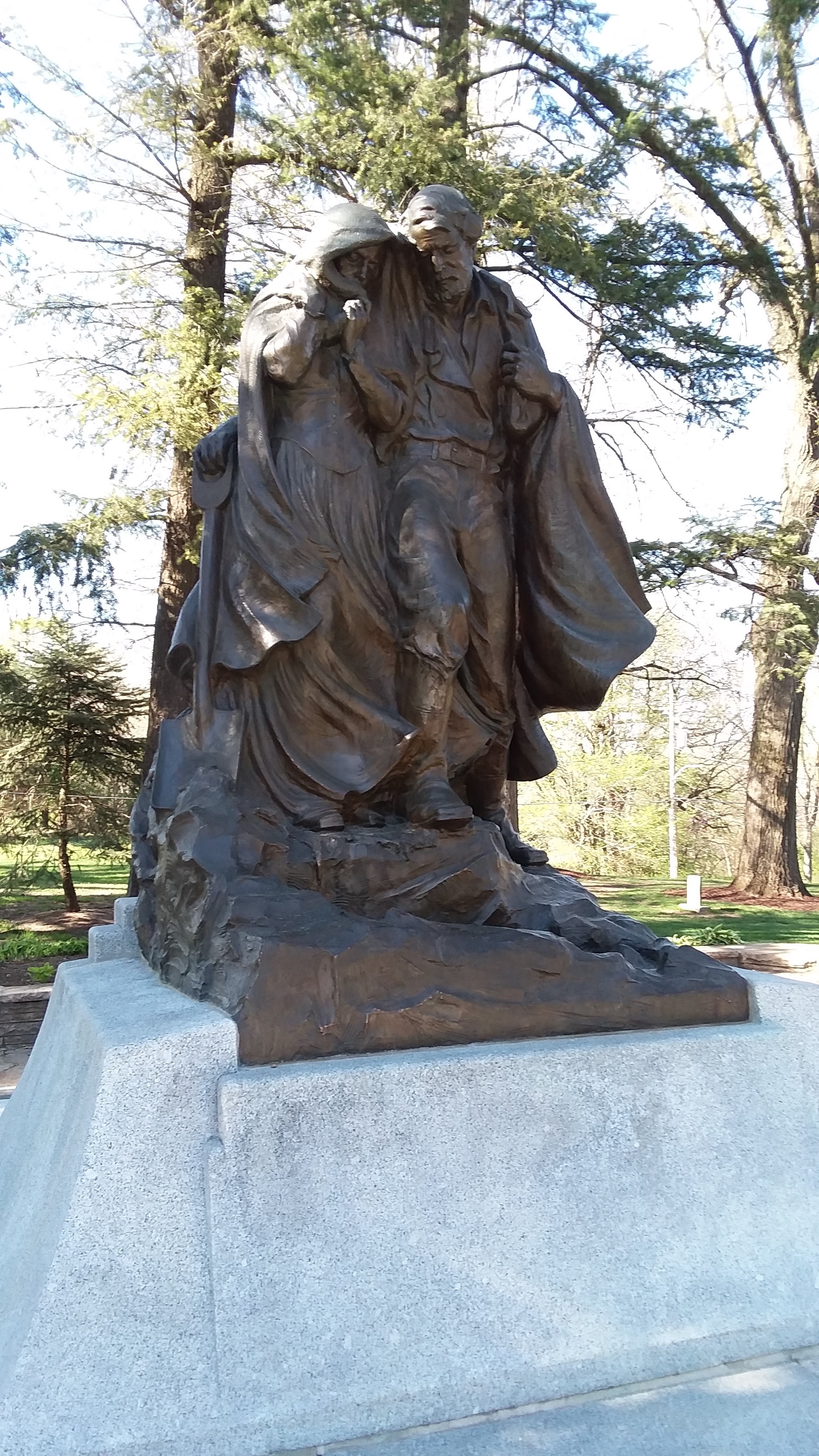 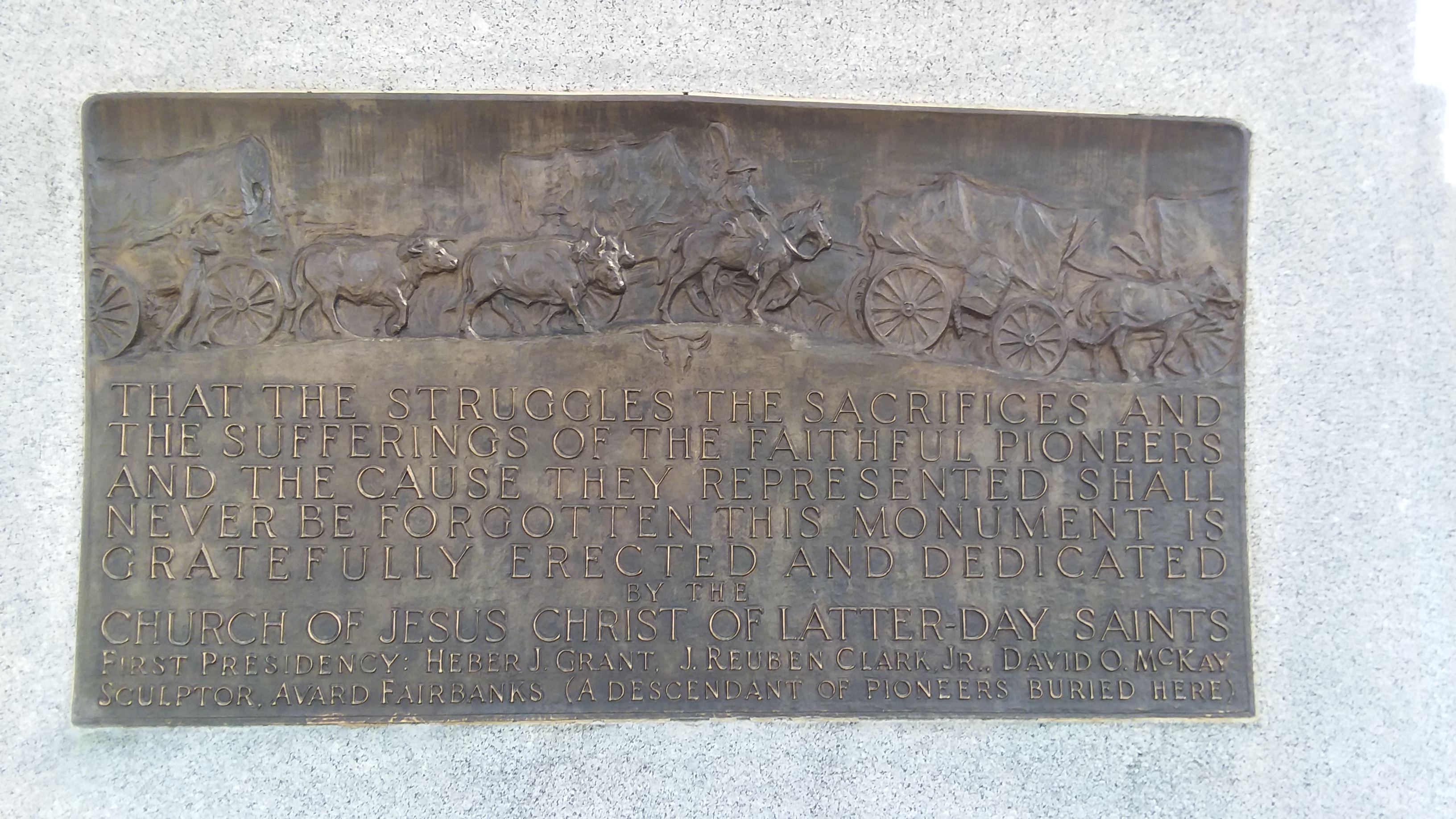 The two years after the murder of the founder and prophet of the Mormon Church Joseph Smith Nauvoo, Illinois was a dangerous place for the Mormons, full of violence and hostilities against them. The events that followed the assassination led to greater conflict between the Mormons and the anti-Mormons. After assuming the leadership role and taking account of the growing anti-Mormon sentiment, Brigham Young decided the Mormons needed to settle in a place that would be uncontested by other settlers of European descent. By 1846 the Mormons had been driven away from multiple states and forced to abandon their lives in Nauvoo, Illinois.

Having left Illinois in late summer, they could not complete the trek without first stepping to spend the winter in camps in Iowa and Nebraska near the Missouri River. They received permission from the U.S. government to camp in present-day Nebraska during a period when it had been "given" to area tribes. Young’s party stopped just after crossing the Missouri river and set camp overlooking the river in what they called Winter Quarters. Winter Quarters served as a temporary headquarters for Brigham Young and many other pioneers as they prepared for the journey ahead and waited out the approaching winter. At was at this time when Young claims to have received direct revelation from God, a cornerstone of the Mormon faith, and shared these within the sacred LDS text known as the Doctrine and Covenants. From the perspective of the pioneers and current members of the church, modern-day revelation helped members see their journey westward as part of a test, believing that their difficult circumstances would lead to greater rewards on earth or heaven.

Although Winter Quarter was a temporary settlement they constructed numerous buildings for use during their stay among them the Florence Mill, which was used to grind their mill and is one of the original buildings that can be found still standing today. For most, conditions in the camp became dire with exposure, illness, and malnutrition leading to tremendous suffering. Many of those who were ill and or died of diseases like malaria. Of the recorded 1,910 people who died on the Mormon trail, around 600 died at Winter Quarters between the years 1846-88. The account from those who survived the harsh winter at Winter Quarter shows the grim reality of it all. General Thomas L Kane who spent some time with the Mormons and stayed in Winters Quarter writes about his experience during his stay. Kane himself was ill at some point and in his writing, describes the effect rapid illness and death had on the encampment.

The following excerpt from a discourse Kane delivered in front of the Historical Society of Pennsylvania in 1850 paints a grim picture.

“The Few who were able to keep their feet, went about among the tents and wagons with food and water, like nurses through the wards of an Infirmary. Here at one time the digging got behind and burials were slow; and you might see women sit in the open tents keeping the flies off their dead children, sometime after decomposition had set in.”

By 1848 Winters Quarter was abandoned and later on becomes the city of Florence which, later on, was annexed into the city of Omaha.

The sculptor is a member of the LDS church from Salt Lake City and is also a descendent of a survivor from Winter Quarters with ancestors buried here. While visiting the cemetery, Fairbanks was inspired to make the striking sculpture of the two parents mourning as they laid their child in the ground. On the foot of the monument, a plaque reads “This monument itself is placed directly over the grave of an unknown child & seven other pioneers.” And a few feet away from the monument lays a bronze tablet holding the known names of those who died and are buried at Winter Quarters.