Jordan Field was the host to Indiana University’s baseball team from 1898 to 1950 and was paved over in 1959 (Indiana University Archives). Due to its proximity to the Jordan River, the field frequently flooded and the outfield depth was shallower than most contemporaries. In 1943, when the Reds came for spring training they brought the grounds crew from Crosley Field and greatly improved the conditions. Exhibition games between the Reds and the MiLB Indians, between the Indians and the IU varsity team, and between other nearby spring training minor league teams and IU, all were held with free admission to students and faculty. The games held on Jordan Field in 1943 included three scheduled games between the Reds and Indianapolis (only one played due to weather), between the Reds and the Chicago Cubs, between Reds and Chicago White Sox, between the Indianapolis Indians and IU Varsity team. In subsequent years, both the Reds and Indians returned to Bloomington for spring training in 1944, 1945, and an exhibition game in 1946. 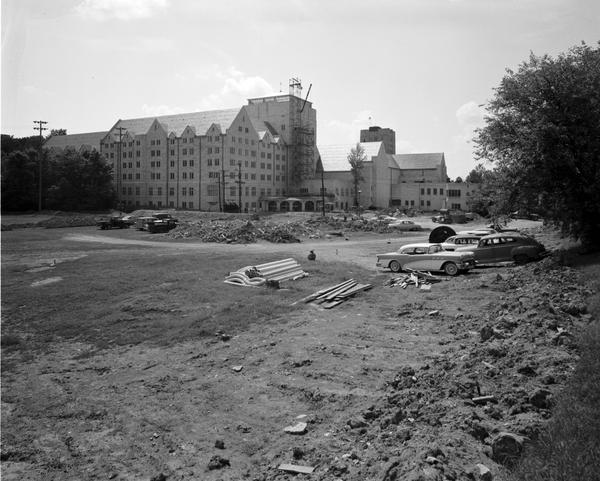 Aerial photograph of Jordan Field circa 1940 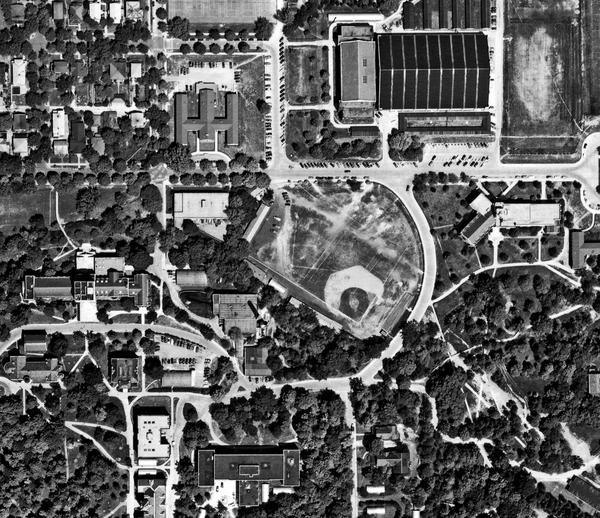 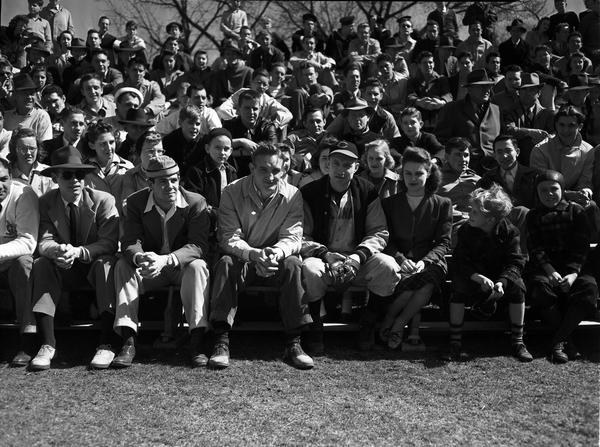 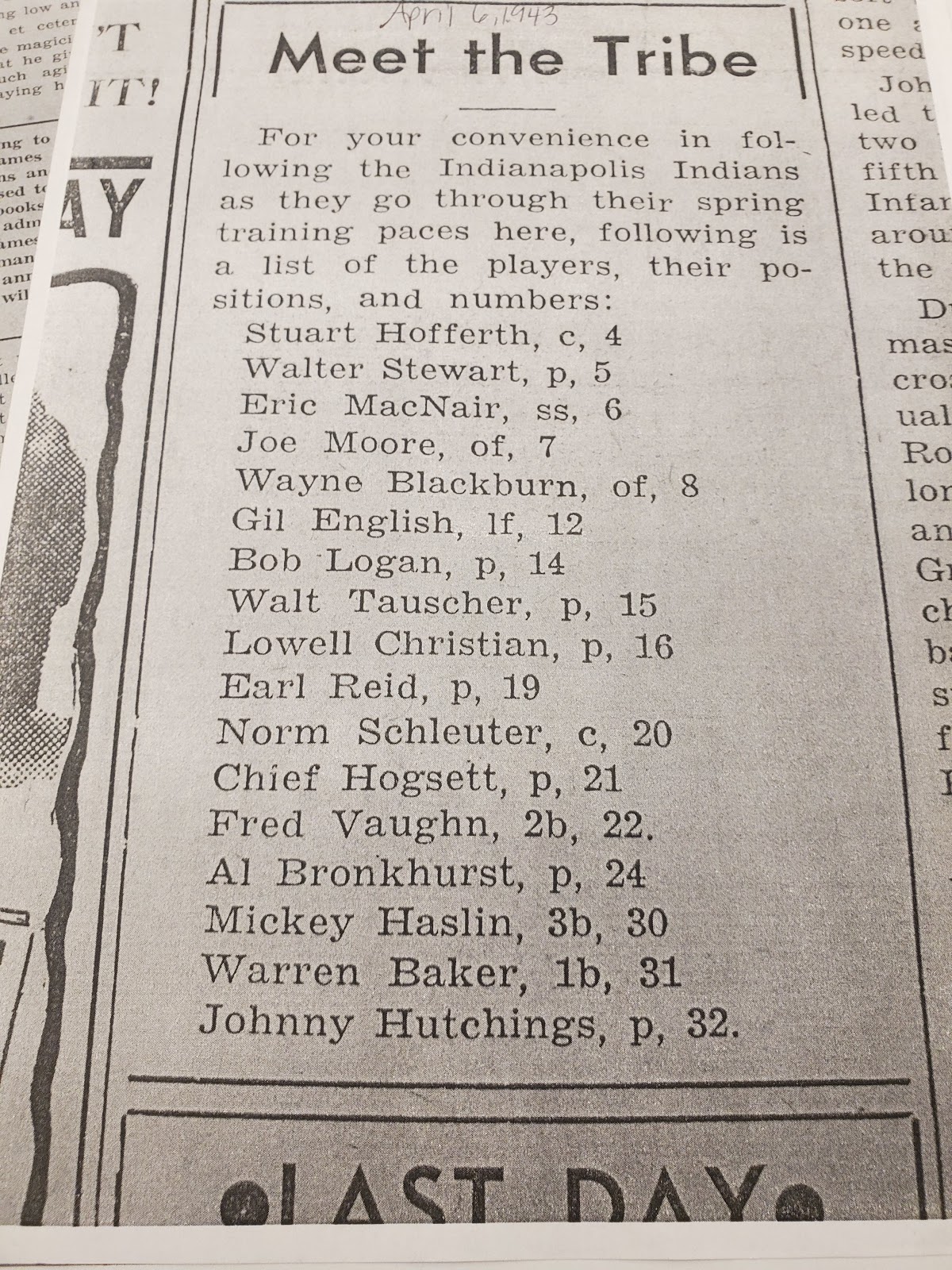 IDS Coverage of the Reds' presence on Campus 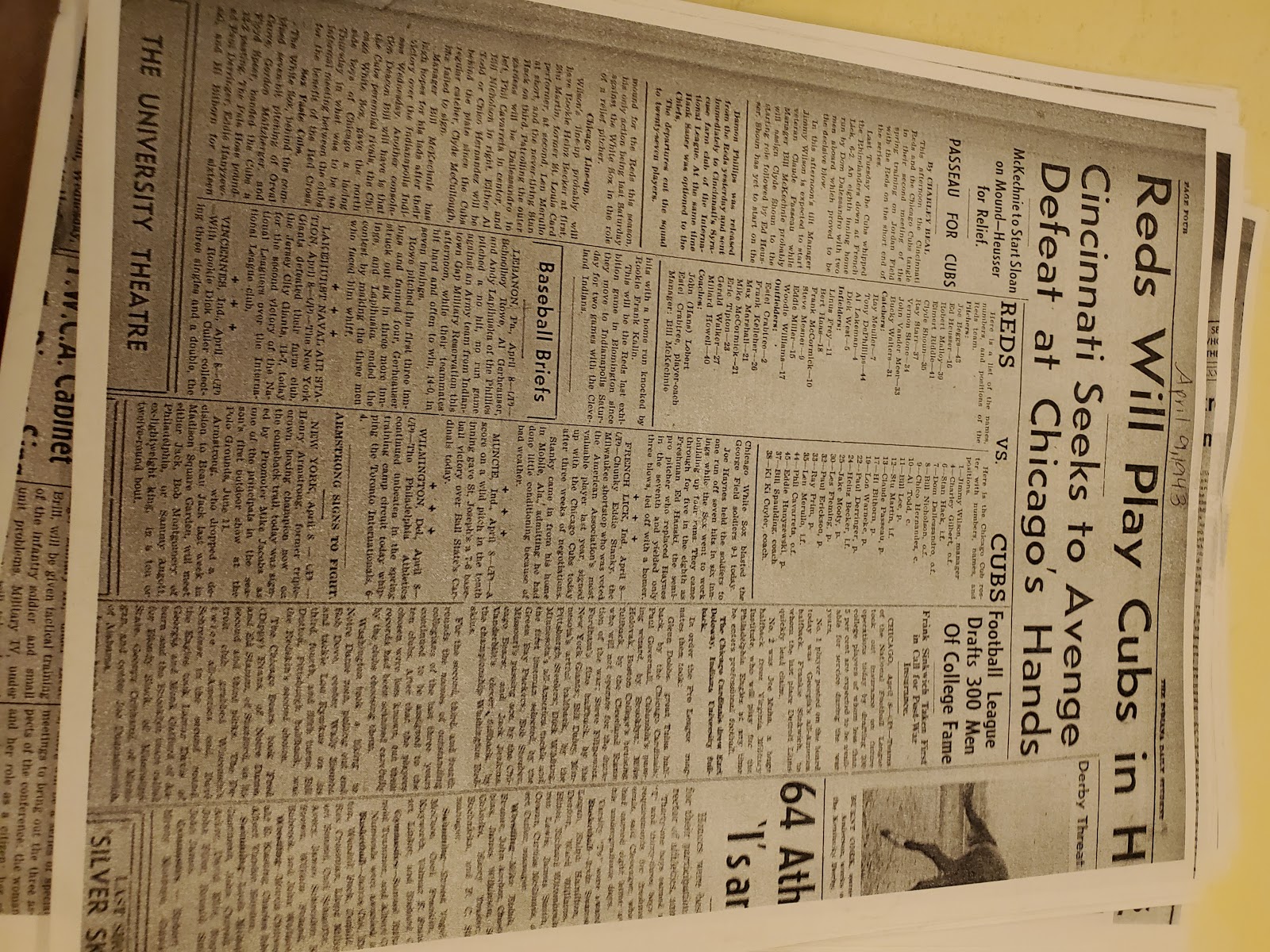 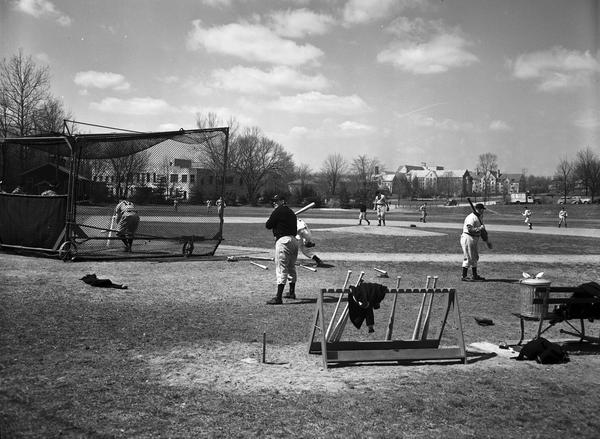 The decision to allow the Cincinnati Reds and Indianapolis Indians to commence spring training at Indiana University came in an informal agreement by the Athletics Committee by January 16th, 1943. Herman B. Wells invited both teams via letter. The relationship between team executives and Wells continued in the following seasons as they continued to favor Bloomington as their destination for spring training. The Indianapolis Indians even routinely invited the IU baseball teams to attend games at their stadium as special guests. The Cincinnati Reds also seemed to greatly value their time in Bloomington, signing several of the players from IU’s 1943 varsity team to play in the Reds’ system, including junior Kermit Wahl who would go on to play in the Majors. The arrival of both teams brought a lot of wear and tear on the already damaged Jordan Field. After over forty years of hosting baseball, football, track meets, ice skating, and numerous floods from the Jordan River, the field desperately needed reconditioning. Groundskeepers from Cincinnati tried but were often stagnated by the inconsistent Hoosier weather. Dressing rooms for both teams were situated in Memorial Stadium, which had been built in 1925 to provide the IU football team with their own field.

Even as the relationship between the two teams and Wells stayed rather positive, it was still a major change in scenery for the clubs, especially the Cincinnati Reds. After jumping around from location to location during the earlier parts of the 20th century, the Reds comfortably settled in Orlando, Florida during the years 1923 to 1930. After those seven years, they moved southwest to Tampa, where they practiced during Spring Training all the way up until they were forced to move out to Bloomington in 1943. The move, of course, wasn't ideal, especially to what the Reds had become accustomed to in the last two decades. All in all though, the Reds were not put at a major disadvantage, mostly because all the other Major League teams were also relocating due to the outbreak of the Second World War. The only real disadvantage would be Jordan Field. The move was going to be harsh, but as previously mentioned, the Reds came prepared with their own grounds crew to keep Jordan Field at bay from flooding and in any way hindering any progress the Reds were trying to make in the spring. Days off due to flooding simply could not happen, especially since the Reds were coming off a rather promising season and were hoping to contend in the National League. The beginning sessions of Spring Training did cause some problems for the Reds, mostly due to the weather being a factor, something that rarely bothered teams down in the tropical areas of Florida. The grounds crew would work tirelessly, however, to keep things playable for the Reds, jumping to work as soon as the ballplayers left the field after what was slowly becoming a tradition of muddy practices in up and down temperatures. Still, there was a positive for the Major League Reds, even though the changes. They were playing baseball, and that was all that mattered.

Jordan Field was the site of many exhibition games held during the 1943 spring training. The Reds and the Indians had three games scheduled to be played against each other, however only one was ever actually played due  to the notorious rain. The single game occured at Jordan field on April 8th 1943 where the Reds barely  overcame the Indians with the close score of 8-6. The Reds used their superior hitting power to eek out the victory. “The Cincinnati Reds much discussed hitting power came to the front yesterday afternoon when the national leaguers pounded out three singles, a double, and a home run in the fourth inning”. Unfortunately for the Indians they would not have a chance to avenge their loss as the weather would end up canceling their remaining games together. However the Field would continue to be home to many games played throughout the spring training, including another game the next day between the Reds and the Cubs on April 9th 1943 where the Reds hoped to continue their winning streak.(Noah Myers)

Though the Reds and Indians may have played their last game on it in 1946, the Field would stay put, at least for another thirteen years. In 1959 the over fifty year home of IU baseball and those fateful spring years would be no more. Jordan Field was paved over and is now the parking lot of the Union Hotel building. No doubt the constant flooding and other infastruce problems partly  led to this decision. Its immediate successor for IU baseball would be the Sembower field which IU would call home for 62 years. This was until the current much updated field, “The Bart”  was created in 2013. Baseball facilities have come a long way at IU since the 1943 spring training. As for the Reds and the Indians, they would both go on to have successful seasons in 1943 with both finishing second in their respective league/class (Reds 87-67, Indians 85-67). Which they felt prepared for thanks to their 1943 spring training and time on the Jordan Field.