This is a contributing entry for The Evolution of Indiana Baseball's Uniform and only appears as part of that tour.Learn More.

In 1993, the Cincinnati Reds reintroduced the sleeveless jersey to Major League Baseball for the first time since the 1970’s. Inspired by the Reds new style, Indiana University adopted sleeveless jerseys the following season. The rise of the sleeveless jersey in Major League Baseball in the late 1990’s and early 2000’s embodied several trends in professional baseball and illustrated the impact that MLB design changes had on IU baseball. The most important of the major trends was the rise in alternate jerseys: a uniform with a different design than the traditional home and away jerseys that could be worn on select days. MLB’s decision to sell official jerseys and caps to fans in the mid-1990’s led to an explosion in alternate jerseys: the more jerseys a team wore, the more it could sell to fans. IU mirrored this experimentation in style throughout the decade by mixing and matching logos, sleeves, and other design changes to create several different jersey variations. 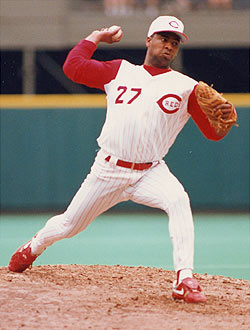 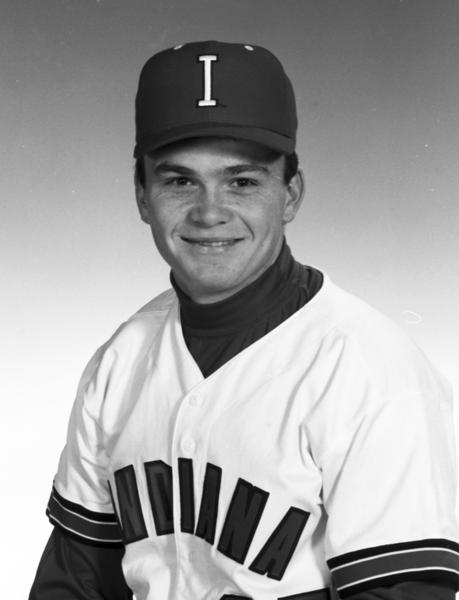 The 1989 Cleveland Indians Home uniforms, worn here by the cast of Major League. 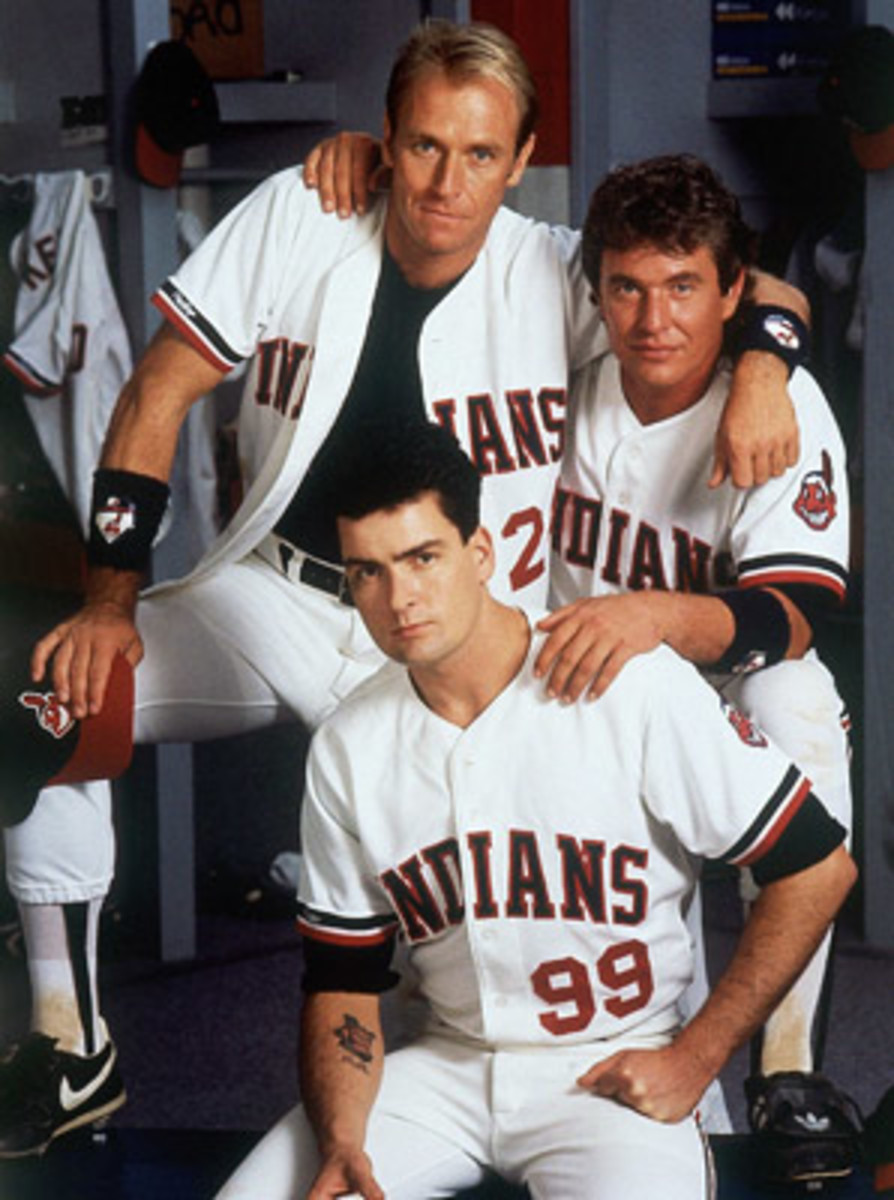 The 1997 Hoosiers showcase their home and away uniforms

In 1993, the Cincinnati Reds reintroduced sleeveless uniforms to Major League Baseball for the first time since the 1970’s. Originally introduced in the 1940’s by the Chicago Cubs, vest jerseys had become popular in the 1960’s but by 1971, they were completely out of Major League Baseball (Lukas 2016). In 1994, IU took a similar route that the Reds did the previous year, swapping their more traditional designs for white vest jerseys with red sleeves underneath. Indiana would keep some variation of the vest jersey into the 2000’s.

In 1990, the only MLB team with an alternate jersey was the Baltimore Orioles, who wore an orange variant of their white home jersey (Baseball Hall of Fame 2020). Major League Baseball began to relax their rules regarding uniforms, and by 1995, 10 teams sported an alternate variant (Baseball Hall of Fame 2020). Jerseys were no longer exclusive to players, as MLB began to market and sell official jerseys and caps to the general public. Wearing MLB gear became popular not just in the stands, but in popular culture. Will Smith wore his Phillies jersey frequently on the Fresh Prince of Bel Air, Bob Saget wore his Giants jacket in the Full House intro, and a stream of New York rappers like Jay-Z solidified the Yankee cap as a cultural icon (Tillery). To tap into this phenomenon, MLB teams began designing and wearing jerseys that were outside the traditional home whites and road greys: the more jerseys they could wear, the more jerseys they could sell. This shift in attitude was largely responsible for the rise of the sleeveless jersey.

Indiana’s motivations for changing uniforms were likely less about selling them and more about the players. At every level of baseball, players seek to emulate the major leaguers, and uniforms were no exception. At the start of the decade, IU adopted the design of the Cleveland Indians jerseys (popularized in the 1989 movie Major League) for both their home and away jerseys. But at the start of the 1994 season, the Indians rebranded, swapping their large block lettered fonts for the script that is still seen in their present-day jerseys, and the Hoosiers opted to change their design as well. The Reds are the closest MLB team to Bloomington, had a long history of success, and shared the same red and white color scheme, so their jerseys were a perfect example for IU to follow. The Hoosiers took the white sleeveless jerseys with red undershirts from Cincinnati, changed their logo to script instead of block letters, and abandoned the pinstripes the Reds used that season. They would continue to wear these uniforms as their primary home jerseys until 1997, when they kept them as an alternate and returned to a jersey with sleeves as their primary.

n.d."Dressed to the Nines: a History of Baseball Uniforms." Baseball Hall of Fame. Accessed April 28, 2020. http://exhibits.baseballhalloffame.org/dressed_to_the_nines/database.htm.