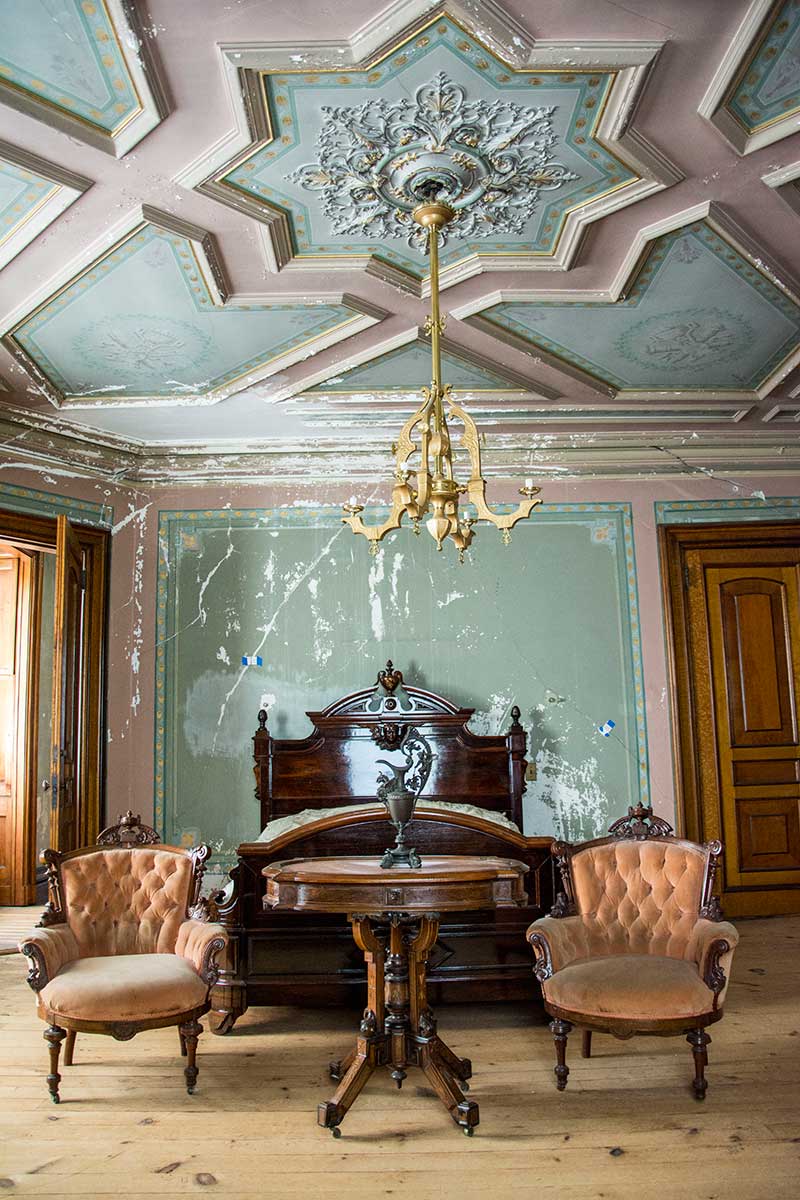 A tour of Mr. Lockwood's Bedroom 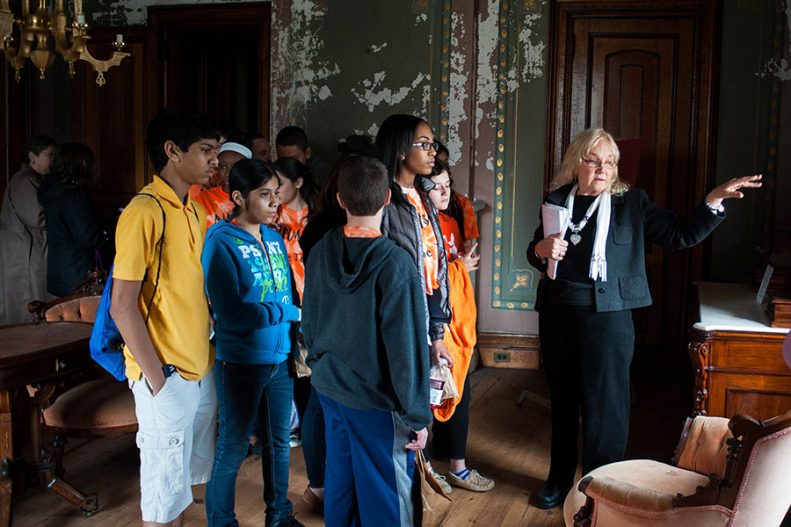 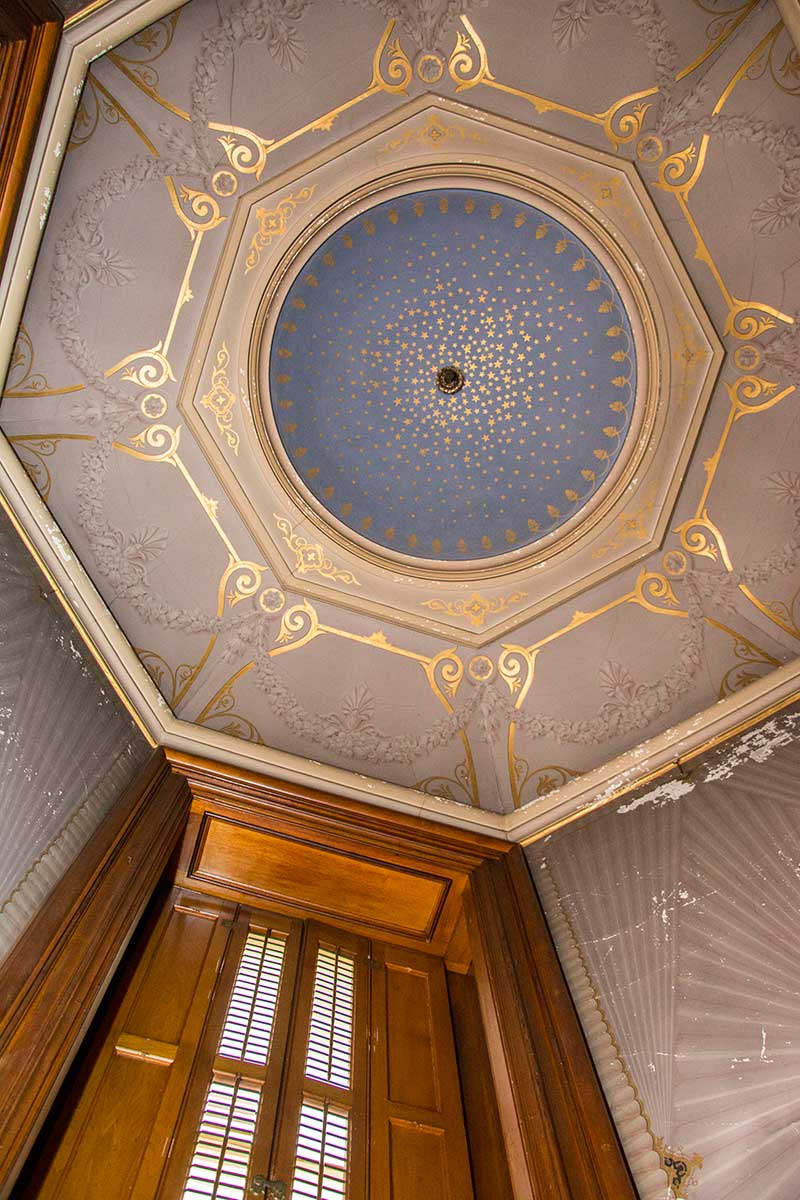 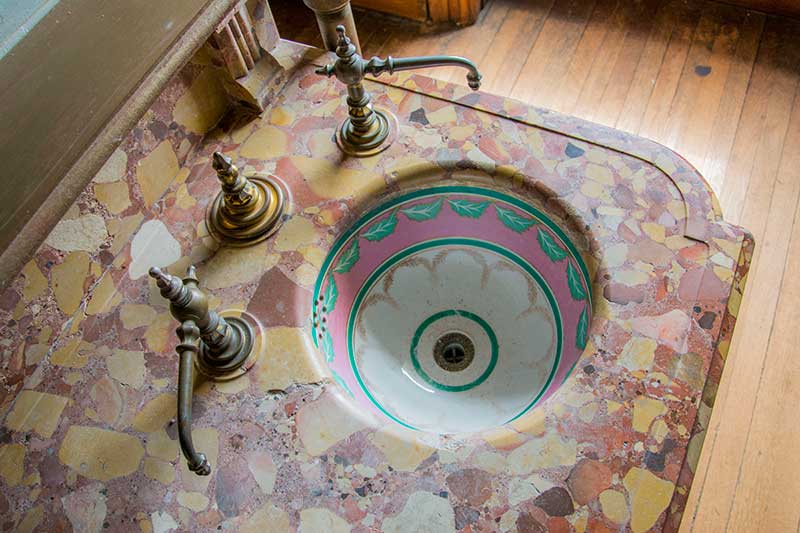 LeGrand Lockwood’s bedroom walls are frescoed in colors of rose and green. The eight-pointed star motif appears again, most noticeably painted above his bed. The fireplace mantle is carved from Italian marble and inlaid with semi-precious stones. The turret opens just off the bedroom and contains a small Oratory, also designed by the Herter Brothers. The painted room features a blue domed ceiling decorated with gold stars and walls made to look like gathered silk. Lockwood originally furnished the room with a cross and a prie-dieu, a small ornamental wooden desk intended for private devotional use.

Adjoining the bedroom is a full bathroom, designed by the Herter Brothers, with two sinks, water closet, and tub. The English ceramic sink basins are decorated in the same colors as the bedroom, thereby continuing the scheme from one room into the next. The double sinks are inset in Italian Brescia marble, the warm red tones of the marble complimenting the room’s colors.