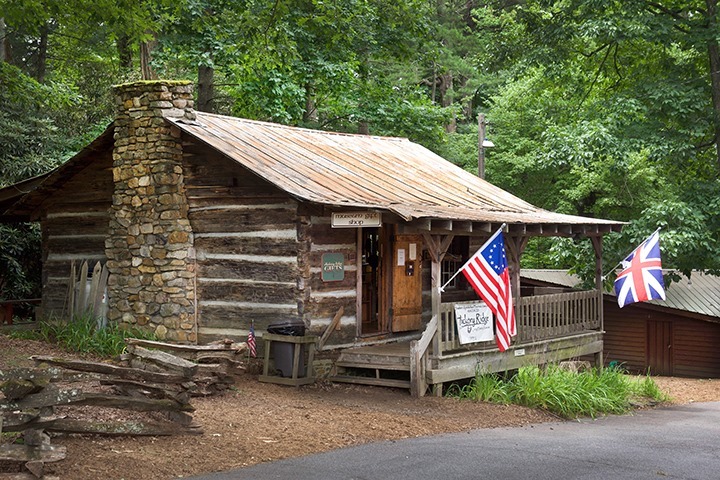 The Frazier cabin was built during the mid-1800s and eventually owned by the Frazier family. It was originally located in Watauga County but was later moved to Lenoir North Carolina. The cabin was donated to SAHA in the 1980s by Wilfong Frazier III, who was working at the museum at that time. It is unknown to SAHA how the cabin looked originally, but it current is used as the museum visitor center/gift shop. The inside is now one large open room which is most likely how it was originally. While in the care of the Frazier family a small loft area was added to the rear of the cabin. When it was donated to SAHA a counter next to the door was added for visitors to pay for museum tickets and gift shop items.